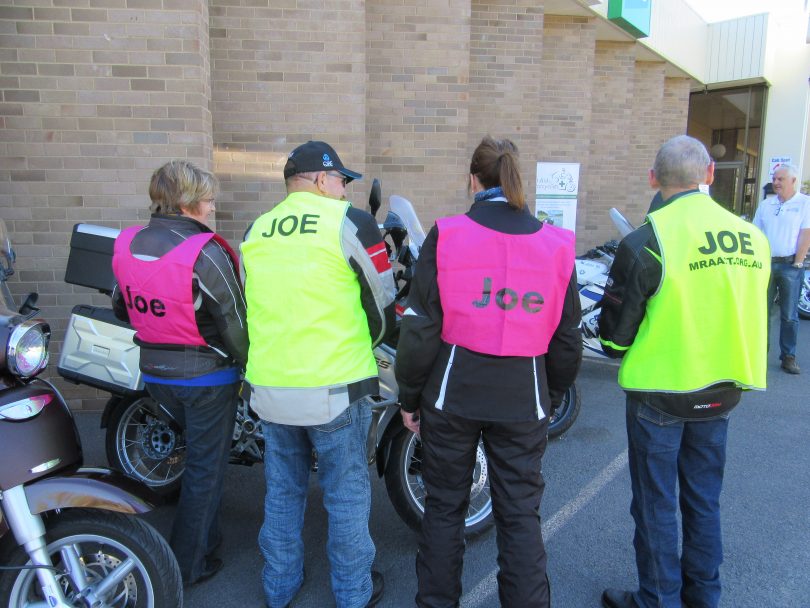 Recently spotted a motorcyclist wearing a high-visibility vest with ‘Joe’ written on it? Congratulations.

He and his fellow Joe Riders form part of a campaign designed to encourage motorists to pay more attention to other, smaller road users.

Queanbeyan-Palerang Regional Council (QPRC) has partnered with rider training facility Stay Upright and other motorcyclists and scooter riders in the area who will be wearing the high-vis vests from 25 to 31 October.

Members of the public are being encouraged to look out for these ‘Joe Riders’ or any other motorcyclists and report the sightings once you have reached your destination. All submissions go in the running to win one of six $150 fuel vouchers.

Joe Rider is the brainchild of the Motorcycle Riders Association ACT (MRA ACT), but this isn’t a first for the high-vis-vest-clad figure.

MRA ACT Vice President Jen Woods says a couple of members got together in 2008 with plans to start a ‘Where’s Wally’-type campaign for vulnerable road users.

“We just wanted a simple campaign that encouraged people to look out for and notice other road users, especially the riders of motorcycles and scooters,” she says. 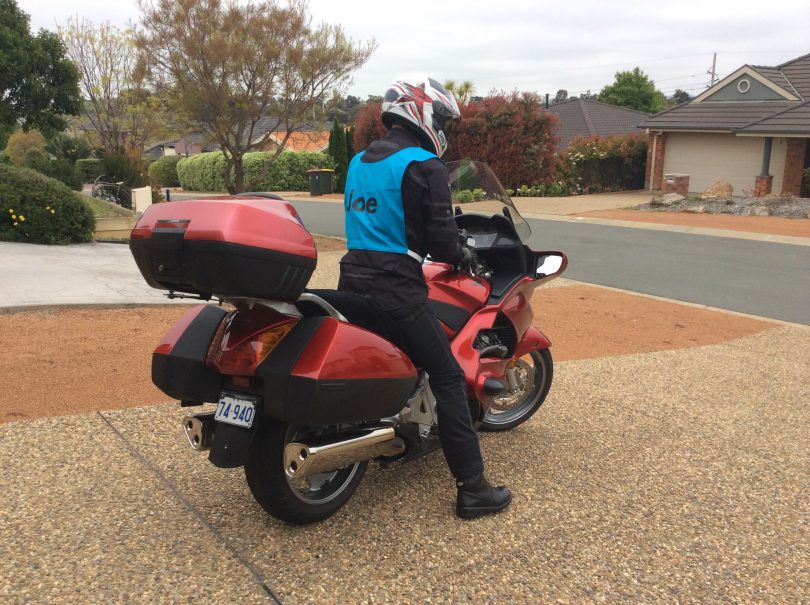 Since then, the campaign has taken off across NSW and ACT and plays a major role in NSW’s Motorcycle Awareness Month in October.

“Normally, we would have been more organised by offering prizes and giving out the vests to those who wanted to take part,” Jen says. “This year, we’re just asking those who already have the ‘Joe Rider’ vests to put them on when they go out.”

COVID-19 has thrown a few spanners in the works, but QPRC has taken the campaign on board and is offering fuel vouchers to the eagle-eyed spotters.

Jen says the feedback they receive from the riders and the general public is always excellent.

“We just want people to look, and learn to look.”

Motorcyclists and scooter riders continue to be represented “more than they should be” in accident statistics.

“There was an awful start to the year with a couple of accidents in a row, but it’s been pretty good since then,” Jen says.

Also as part of Motorcycle Awareness Month 2021, the Motorcycle Council of NSW (MCC of NSW) surveyed motorcyclists to find out what it is like to ride on the state’s roads. 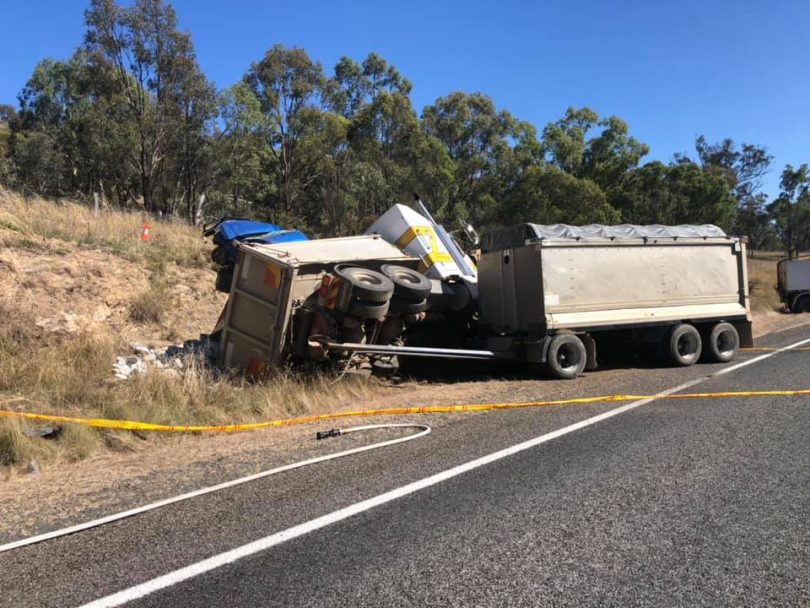 The scene of the accident involving a truck and motorcyclist on the Monaro Highway in March 2021. Photo: Monaro Police District.

Almost 500 motorcycle riders were surveyed across NSW and asked if they had had any crashes or near misses.

Around 35 per cent said they had a near miss one in every five rides, and 23 per cent for one in 10 rides, while 37 per cent of motorcyclists have had to correct their riding to avoid an accident. Most of these riders had the near-miss on metro roads during the week between 10 am and 3 pm.

The Chair of MCC of NSW Kevin Henry said, “What we found interesting was that experience in motorcycle riding did not affect their occurrence of near misses. Most of the riders surveyed – or 79 per cent – had over 10 years’ riding experience.”

The survey uncovered that in 43.9 per cent of near misses, the driver was driving under 50 km/h along a suburban road. These near misses and crashes could have been avoided had the driver followed the road rules and spent more time looking.

“Near misses occur 13 times more often than crashes,” Mr Henry said. “We know near misses can easily turn into a crash. Every driver we get the message to look out for motorcyclists will help save lives.”

Report your Joe Rider sightings on the QPRC website.