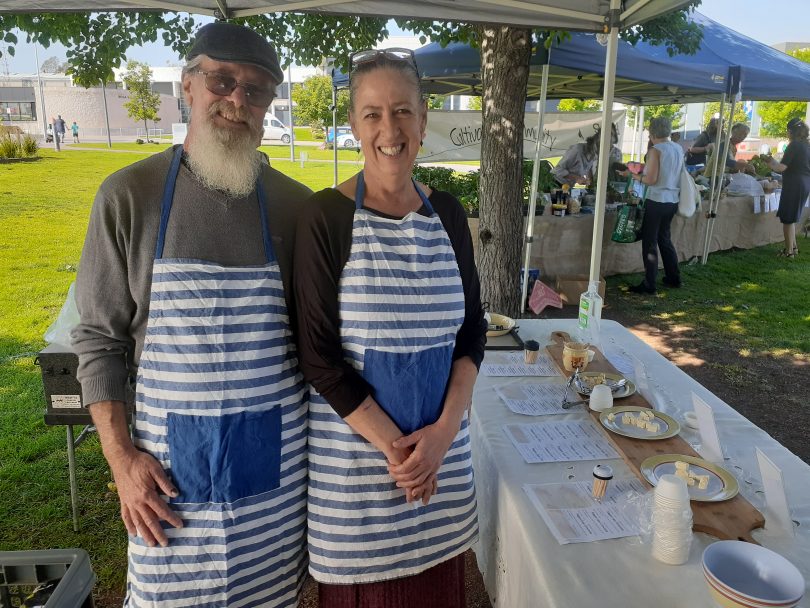 The Bega Valley’s iconic history of cheesemaking continues thanks in part to Kameruka cheesemakers Lisa Kremmer and Wayne White, whose small outfit is located on Niagara Lane, opposite the site of a historical cheese factory.

“As far as we know, the Niagara Lane factory was one of three cheese factories in Kameruka and it operated into the 1960s and 1970s before being demoshed,” says Lisa. “The Bega Cheese Heritage Centre has a plastic cheese wrapper that says Niagara Lane on it.”

You may have seen Lisa and Wayne spruiking their Niagara Lane cheese, most of which is made with Tilba Jersey milk, at markets in Bega, Candelo and Merimbula. 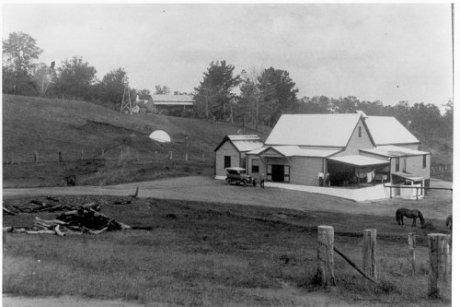 Undated historical photo of the Niagara Cheese Factory, which was located opposite the site of Wayne White and Lisa Kremmer’s current cheesemaking outfit. Photo: Supplied.

They make around 10kg of soft, unripened cheeses every week, including Italian crescenza, feta, a farmhouse cheese with herbs, and a spreadable goats’ cheese infused with truffle oil.

If you’re lucky, Lisa will have made haloumi, folding the pieces around fresh mint, releasing an incredible aroma when it’s cooking in the pan.

“All our cheese is fresh, and made to be enjoyed within days of buying it,” she says. “We never use plastic to package our cheese and we weigh it out for you at the stall so you can buy as much or as little as you like.” 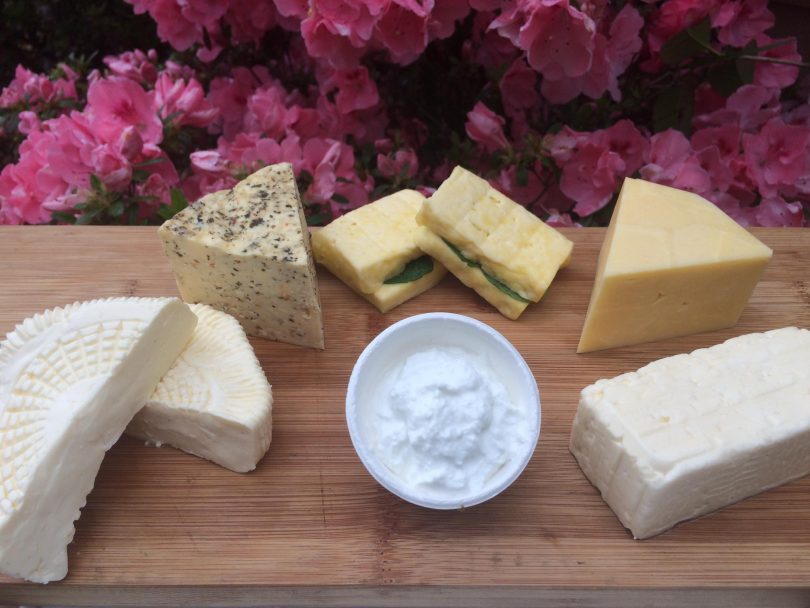 When the couple made the decision to leave full-time careers in Sydney and move to the Candelo area three years ago, they never dreamed they would end up being cheesemakers, although Lisa says she has dabbled in home cheesemaking for years.

“Making the move from Sydney to a more rural area was a long-term dream,” says Lisa, with Wayne adding that actually doing it was akin to “stepping off a cliff” but was also “the best thing we’ve ever done”.

As they adjusted to their new lives, which included not eating out as often and only going to town once a week rather than hitting the supermarket every night, Lisa says local farmers’ markets soon became a weekly habit.

“I looked around the markets and saw that no-one was doing cheese so I thought we could give it a go,” she says.

She joined the Candelo CheeseMakers group and started experimenting with all kinds of soft and hard cheeses.

“Everyone in the group was very generous with their knowledge,” says Lisa. 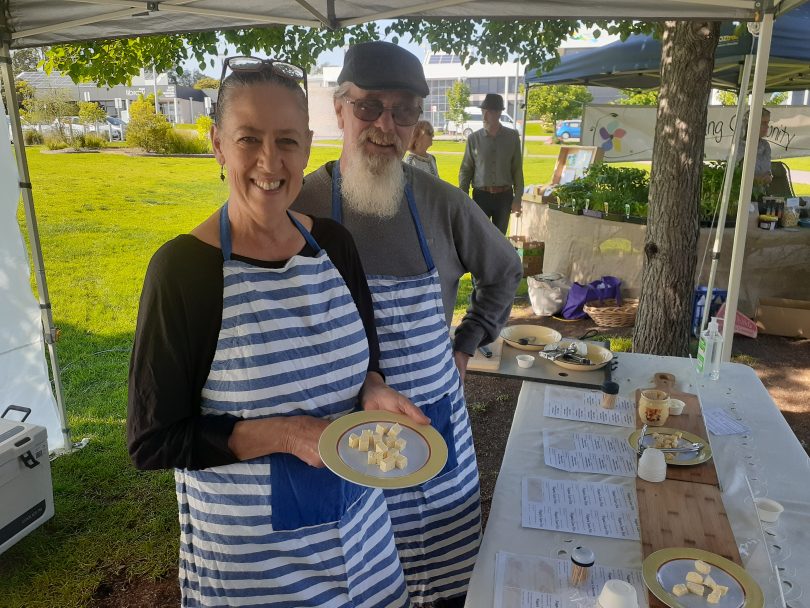 You can always sample your cheese before buying from Niagara Lane. Photo: Elka Wood.

Living a more sustainable lifestyle was a big motivation for Lisa and Wayne in the decision to move to the Bega Valley, and events in 2020 have only emphasised the importance of local food security, Lisa says.

“There’s a lot more awareness of the need for local food security after the bushfires and COVID-19, and I think after missing the markets while they were closed, people are now coming out to show their support.”

When markets were cancelled earlier in 2020, leaving Lisa and Wayne with a fridge full of cheese, the couple was grateful that Sapphire Community Pantry in Bega could give it away.

“It’s too good for the pig,” says Wayne with a grin.

The pig, which does get to eat whey, a byproduct of cheesemaking, is just one aspect of the rural lifestyle that Lisa and Wayne have embraced.

“We have animals who we love when they’re alive – and then we love them again as food,” Wayne says. 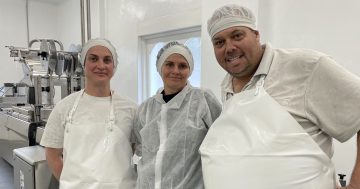 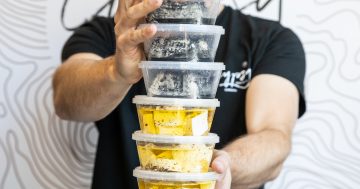