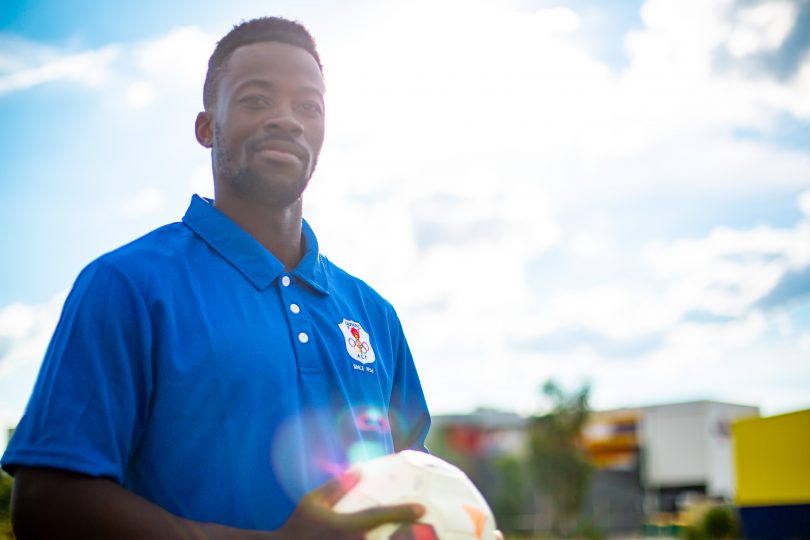 Loyalty is one of Kofi Danning’s key attributes, so it wasn’t easy for the striker to turn his back on his boyhood club and sign with its biggest rival.

Danning helped Canberra FC through to one of the most dominant seasons Canberra’s national premier league has ever seen, losing just two of their 16 regular season matches on their way to winning the league, Federation Cup and the grand final.

After the season ended, Danning admitted he was at a crossroads, questioning whether to stay or go but the opportunity to challenge himself at a new club was a situation he could not pass by.

“I grew up playing my junior football at Canberra FC so I have basically grown up at the club,” he said.

“I think of myself as a loyal player and personally it wasn’t an easy decision to move away. I have got a lot of love for the Canberra FC boys so it wasn’t easy.

“I was hesitant at the start and didn’t really want to go. I wanted to stick to what I was used to but after having a really good think about it, I decided to try something new and challenge myself.”

After a short stint in Victoria’s NPL before a spate of knee injuries cut his professional career short, Danning came home in 2017 to where his footballing career started.

At that time, Olympic coach Frank Cachia tried to convince him to join Olympic, despite the Ghana-born striker’s urge to return to where it all began. After three years of lobbying for his signature, a thirst for new challenges and Cachia’s vision for the team finally won Danning over. 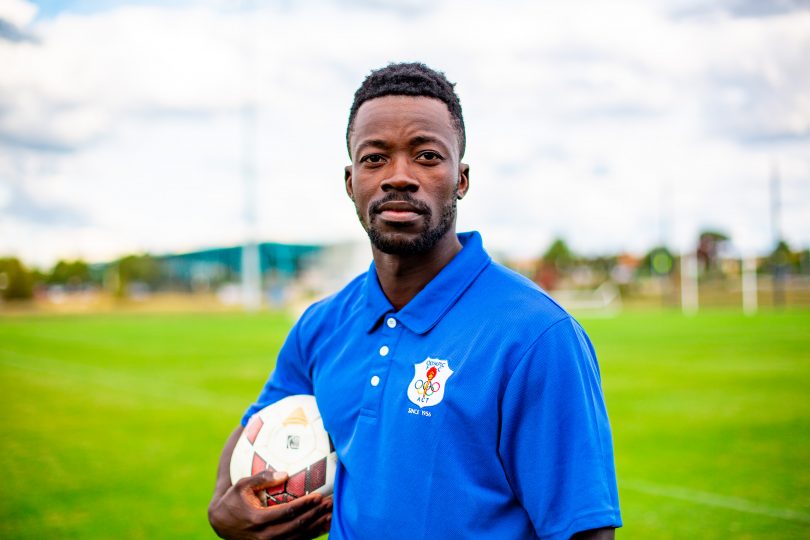 “I am a big believer in coaches putting faith in their players to get the best out of them.”

“Frank has expressed interest for the last few years and this year he wanted to have a conversation with me about what he is trying to do at Olympic,” Danning said.

“He told me about the football he wants to play and how he felt I could make a difference in the team and how my skill set could help the side. I am a big believer in coaches putting faith in their players to get the best out of them.

“That’s how I felt about Frank and I wanted to experience what he would be like as a coach.”

In the opening match of the 2019 NPL1 season on Friday night (5 April), Danning will return to his old stomping ground to play his former team and some of his best mates, and he is relishing the opportunity.

“I think a lot of the boys will be motivated and excited to see me back there,” he said with a laugh. “There might be a few rough challenges from the big centre back Mat Grbesa, who tried to convince me to stay.

“He wished me all the best but he told me that I should be at Canberra FC, be at home. It will give them an extra boost to prove to me and to Olympic that they are the better club.”