Leaving everything that he knows, Brumbies Darcy Swain finds his family away from home 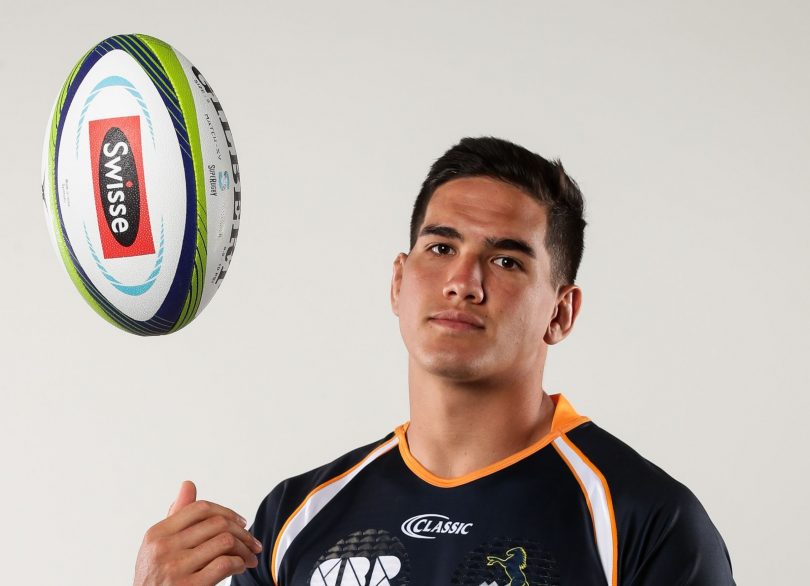 Two years ago, 19-year-old Darcy Swain made the life-changing decision to move away from his family, his home city and his friends to pursue his footballing career in Canberra, and has never looked back.

On Thursday (5 July), also his 21st birthday, he signed a one-year contract extension with the Brumbies that will keep him in the nation’s capital next season.

Born in a north Queensland town called Babinda, Swain grew up in nearby Cairns until he was 15, when the talented teenager was scouted by Brisbane Boy’s College and offered a scholarship to finish his schooling there.

“It all gets pretty serious once you get picked up and noticed and it was at that moment that I realised it was an opportunity to take union further. I always had this dream of playing sport for a living,” Swain said.

That dream started to take shape when, at 17, he made the Queensland under age grade representative team. “That’s when I started to think this was the start of something big,” Swain said.

Then the Brumbies came knocking during his final year of school, with an offer to move to Canberra to play for the Brumbies U20s team.

“It was a great feeling, to be seen as a person fit to come down here and for them to invest in me,” Swain said. 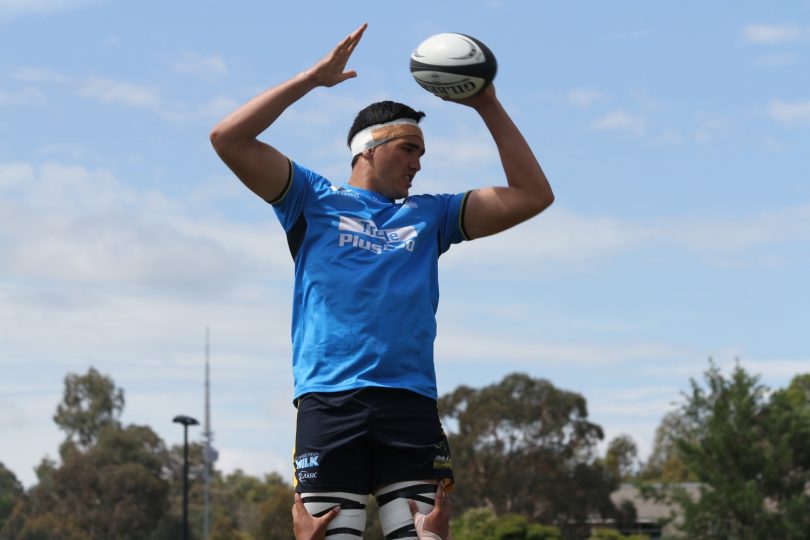 It also presented him with an opportunity to make a clean break from those who doubted his ability and toughness for the big time.

“I was labelled soft by academy coaches when I was in Queensland,” Swain said.

“I was in the system, but there were three to four other blokes, who are now contracted at the Reds, who coaches thought were better than me. So I wanted to come down here and gain some independence and become my own man. I wanted to clear all that out and start afresh.”

So the teenager packed up his things and moved down to Canberra, where the biggest challenge for the 200-centimetre forward was the cold.

“Coming down here by myself didn’t feel that hard to start with. It was more exciting and a challenge being away from family and just doing things by myself,” Swain said.

“The biggest struggle when I moved here was the weather and finding a new bunch of mates. My mum set me up well, and she always taught me to cook and to do my own washing at home. AT home I would come home from school and do my own washing and make lunch for the next day. She gave me all the valuable life skills and advice.

“The only thing that you have to learn by yourself is to find new mates and the Brumbies have been like a second family to me since I arrived.”

The lock made an immediate impression in the inaugural Super U20s competition with the Brumbies, before linking up with the Tuggeranong Vikings and putting on impressive displays in the local competition. Such was his dazzling form, he was selected to captain the Brumbies in the 2017 Under-20s competition and later that year represented his country at the Junior World Cup.

The next goal on Swain’s horizon is to challenge for a starting spot in Dan McKellar’s first XV and to make his teammates “earn their place”.

“If I get the opportunity off the bench or to start, I’ll do it with everything that I have got and show why I should be here. I know once those boys leave, it opens up a huge opportunity for me, so I just need to be ready to take it,” Swain said.

The young lock caught the eye of Brumbies head coach McKellar as he made his way through the Brumbies pathways system, with McKellar acknowledging that Darcy was part of the next generation at the Brumbies and emphasising the very quality that his Queensland coaches had doubted.

“One of the attributes that Darcy has is his physicality, he brings intent in everything he does and has excellent set-piece skills, particularly at the lineout,” McKellar said.

“Physically, he’s still got some growing to do, but players like Sam Carter and Rory Arnold won’t be around forever, so it’s important to have the next generation coming through and Darcy is a big part of that.

“The more games he gets the more confident he’ll be and there’s certainly good times ahead for him. He’s a leader at his club and I’d guess he may be looked at for the leadership group in NRC this year as he’s certainly a guy that players respect.”

One thing is for certain, keep an eye out for the name Darcy Swain. The kid has a big future.

Chiefs vs Brumbies at Waikato Stadium, Hamilton, Saturday 3:15 pm. The match will be screened live by Fox Sports.

Chris Hobbs - 7 hours ago
Time will tell. If they are pragmatic and able to adapt their ideologies to actual plans and policies, it will be an interest... View
David Brown - 10 hours ago
They got disaffected votes from people fed up with both majors. If the Libs can find a moderate leader and develop some sensi... View
HiddenDragon - 10 hours ago
Most of what we've seen from the ACT Greens in the last few terms of government has been fairly standard stuff from the polic... View
Property 37

Capital Retro - 8 hours ago
One comment on this thread was the Australian Electric Vehicle Associate has given advice to the ACT govt. on its policy that... View
Heavs - 11 hours ago
Five superfluous words in that last sentence. View
JC - 12 hours ago
What policy? Always trying to make a political point. What’s clear is you don’t know much about electronics and electrica... View
News 1

awc73 - 20 hours ago
Imagine if the ACT government could provide 24/7 public access AEDs to all residents and visitors. No need to bang on the doo... View
Property 8

Court Watts - 22 hours ago
Sally Barton Hopefully come March there won’t be any restrictions View
Sally Barton - 23 hours ago
Court Watts - this is good news 😊 View
Nicole Lawler Inveen - 1 day ago
Grace Byrne what a difficult time for you and your family. I hope your little girl gets to meet her baby brother, and that yo... View
Sport 9

Michael Weaver - 23 hours ago
Ack was my go-to for anything in Moruya as a sports journo. Fitting tribute for a great bloke! View
News 10

ACT Policing has a blunt warning for e-scooter users: be an idiot and you will face the consequences. With e-scooters...
Opinion 27

@The_RiotACT @The_RiotACT
Miss the music: the @CBR_Symphony will be back in 2021 with a new team, old favourites and fresh Australian works. Check out the program https://t.co/rdarOqWtAd (9 hours ago)

@The_RiotACT @The_RiotACT
Art deco elegance and century-old charm are back in Kingston with the opening of Queenies Bar and Good Times https://t.co/svCAn3flWd (10 hours ago)

@The_RiotACT @The_RiotACT
The Oaks in Woden is the ideal property precinct for Canberrans to use the Federal Government's HomeBuilder grant to their advantage https://t.co/70jE9wSTeR (11 hours ago)