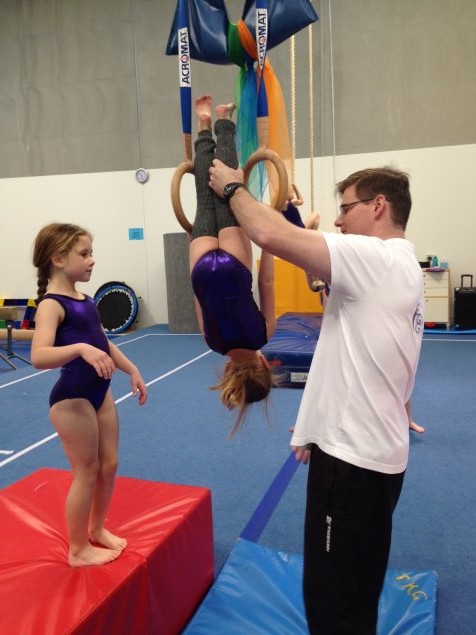 If there’s proof that Canberra’s north needed another gymnastics club, it’s the speed at which families have signed up to join Gungahlin Gymnastics, which opened for business just a few weeks ago.

Directors Joel and Megan Moss had hoped to begin their first term with between 50 and 60 gymnasts across the club, which caters to gymnasts from aged one to adults. Instead, the club has almost 200 enrolments and a waiting list 60 students long.

“We’ve been over the moon with the response. The support from the Gungahlin community has been extremely positive,” Megan says.

“We started out with two classes for girls aged five to seven, then we added a third. Then a fourth. Then a fifth. We have five classes and there are still 27 girls on the waiting list for that class.” 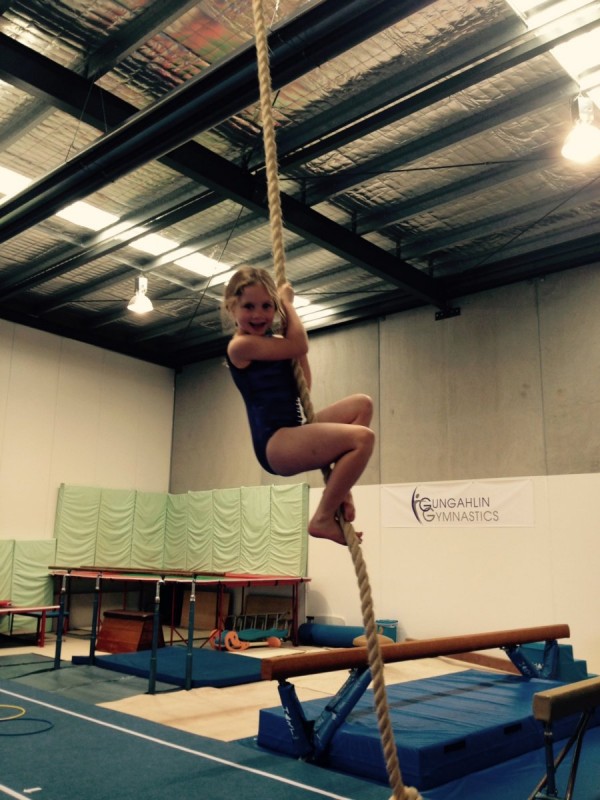 Joel and Megan own the club, which is affiliated with Gymnastics ACT, and are its only coaches at present. They teach classes six days per week, but Megan says the long hours are worth if it means being able to do what they love everyday. This is particularly true for Joel, a former Australian champion gymnast who wants to share his passion for gymnastics with others.

“We had a dream for years of having our own club. The time was finally right, and we were able to find a facility in Mitchell to lease, and we said let’s go for it.” 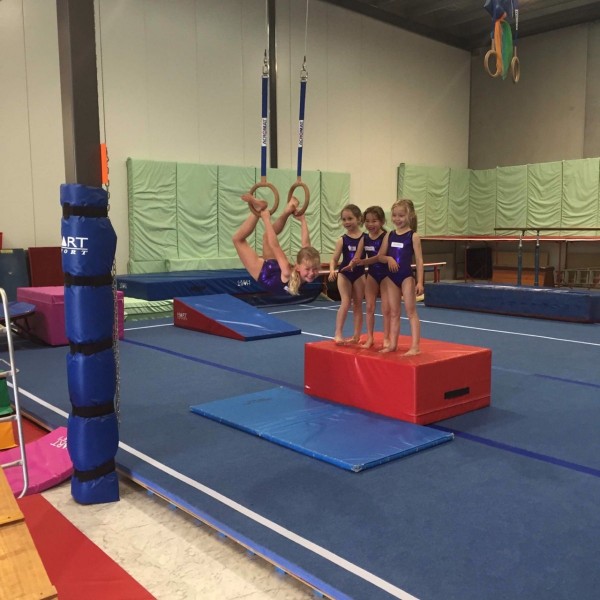 Megan says that Gungahlin Gymnastics caters to anyone who wants to give gymnastics a go, whether that’s participating in a class once a week or aspiring to compete at the highest level.

“We want to get kids in, get them having fun, teach them the basics, give them the opportunity to go into the competitive stream if they want, or if they just want to come in and jump on the trampolines then that’s good too,” she says.

“We’re not putting a huge amount of pressure on kids to train excessive hours. The number one thing that you have to do is have fun.”

Gungahlin Gymnastics’ Mitchell facility is also the new home of Gungahlin Physie and Dance Club, which Megan and her best friend have run for the past four years.

Robert Honeybone Snr - 3 minutes ago
No the blocks of land are getting smaller house holders need more space View
Nick Anderson - 7 minutes ago
Have you seen the blocks in Moncrieff, Taylor and Strathairn? Clearly the author has never left the inner suburbs. View
Chris Thomson - 25 minutes ago
James Bartholomeuz recall that Canberra is just a big country town. Barton is a bit different to what it was when Nan and Pop... View
Property 7

Joel Suryawanshi - 25 minutes ago
Sarah Young we are also forgetting that the greedy real estate agents are bumping up the prices and attracting investors from... View
Matthew Beale - 11 hours ago
Sarah Young sadly it comes down to being able to buy in only very outer suburbs, if you have a deposit. It is a seller's mark... View
Sarah Young - 12 hours ago
Robert Chisholm it’s crazy, I think they should do a 1 house rule at the moment, I read something last week about buying an... View
Food & Wine 15

chewy14 - 3 hours ago
Capital Retro, You've missed the point. The idea of collocating the charging points at the PV/Battery sites is for efficiency... View
Capital Retro - 3 hours ago
What about the 100% renewables/emissions free government buys up all the abandoned service stations in the territory and conv... View
News 7

Kevin Hodder - 11 hours ago
Rent, rates, stamp duty, taxes, work cover compliance ect and every thing else the act gov stings you! just so you can open t... View
Acton - 14 hours ago
Another stunning achievement for the incompetent Greens/Labor ACT government. Along with the highest rates increases, the lon... View
What's On 1

The world's first plumbing systems emerged around 800 years BC. Created by the Romans, aqueducts and pipes supplied water across...
Opinion 79

@The_RiotACT @The_RiotACT
The community has backed the government's Integrated Plan for the Red Hill Nature Reserve and surrounds. Both the environment and Federal Golf Club are winners https://t.co/O2Dee0YFDV (28 minutes ago)