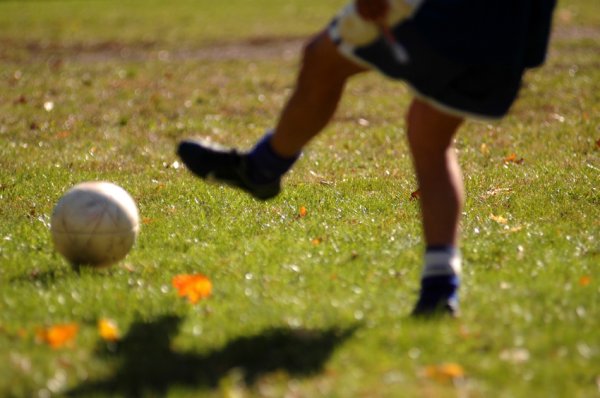 Cooma Tigers bowed out of the National Premier League finals series after it was dismantled 6-1 by Sydney club Bonnyrigg Eagles at the AIS Track on Saturday afternoon.

The Tigers were crowned league champions a little over a month ago after an exceptional regular season campaign, but failed to play with the same flair and conviction throughout the premier league finals.

Cooma struggled again on Saturday, despite scoring the opening goal of the match.

Jordan Lando was the man of the moment, latching onto a wonderful through-ball from Robbie Cattanach and toe-poking the ball past Bonnyrigg goalkeeper James Chronopolous.

But it was all Bonnyrigg from that point, the visitors piling on six unanswered goals to send Cooma packing.

Canberra United made it two wins from as many attempts when it overcame a resolute Adelaide United side 1-0 on Sunday afternoon.

United opened its W-League account with a resounding 4-1 away victory over Western Sydney Wanderers last week, and last season’s league champions ensured its perfect start to the season continued in Adelaide.

Stephanie Ochs delivered the decisive goal in the 56th minute of the contest. She linked well with fellow striker Michelle Heyman before slamming the ball into the back of the net from near the penalty spot.

The goal came after Caitlin Munoz had missed a first-half penalty, but that miss mattered little in the end as United closed out the game to go top of the league.

The Canberra Vikings drew 37-all with the Sydney Stars in the pair’s thrilling National Rugby Championship clash in Sydney on Saturday.

The teams couldn’t be separated at the end of 80 eventful minutes, with each side scoring five tries during the entertaining encounter.

Canberra had looked destined to leave Sydney with all four points, but Sydney winger Jono Sullivan scored with 20 seconds remaining to dash the Vikings’ hopes of securing a third consecutive win.

Sean Doyle, Fotu Auelua, Lausii Taliauli, Jesse Mogg and JP Smith scored tries for the Vikings, with Mogg converting all bar one of them.

Central stamped its authority on the Canberra hockey scene when it added yet another Capital League premiership to its trophy cabinet on Saturday.

The reigning champions defeated Goulburn 3-1 in an absorbing grand final at Lyneham to claim a record 24th Capital League title.

Central has been the dominant team over the past decade and has won six of the past seven premierships, including the past three in a row. Saturday’s victory was the icing on the cake in what has been another superb year for the club, with Central having lost just one match all season.

Chris Jorgensen was awarded the man of the match honour after putting in a star performance to get his team over the line. He scored two goals from penalty corners, and was joined by teammate Troy Sutherland on the score sheet.

stargazer - 1 hour ago
I agree. It’s an old fashioned bakery and the fact it’s totally family run is fantastic. They are few and far between now... View
stargazer - 2 hours ago
Stopped in and got my buns today - they were worth the drive! But I Wish I could get them on my side of town! Kids loved them... View
Sonya Curran - 5 hours ago
I'd love to! Have never been! View
News 25

Ashley Wright - 1 hour ago
Martin Miller 50 years you have don’t that from Tuggeranong? The first suburb in Tuggeranong isn’t even 50 years, Tuggera... View
Julian Rowe - 1 hour ago
Dolla for the bus brah!? View
Heavs - 3 hours ago
Two points; 1. It's a bus interchange with provision for light rail in the future. Saves doing a bunch of re-work at a later... View
News 1

chewy14 - 2 hours ago
Hardly a surprising result, the government's relative silence on the issue and the budget allocation made it pretty obvious t... View
News 12

Trish O'Connor - 4 hours ago
is there a phone number to call each morning to check whether the balloons will be flying. View
Food & Wine 1

buttercup - 5 hours ago
Good on you Anna. Fresh ideas, reinventing yourself and your menu as the years roll by, delightful fresh food, and awesome cu... View
Community 17

Germaine Muller - 5 hours ago
Dude - you introduced me to Frugii Ben Fittler View
Topher Garlik - 8 hours ago
62 to young RIP to John Marshall. View
Julie Maynard - 10 hours ago
Thank you for helping me relive a childhood memory through your musk stick flavoured ice cream. View
Lifestyle 1

Conan of Cooma - 6 hours ago
I was an extra for the final scene in this movie. Leah is not only a bloody hilarious person but also an incredibly intense a... View
Food & Wine 71

Connie Senkoe - 7 hours ago
any body heard of Librafg with Nick Gibson. Is it a scam too? View
Community 24

Emily Vandenberg - 9 hours ago
Luke this looks interesting View
JS9 - 10 hours ago
Yawn. It has been shown time and time again that the overwhelming majority of 'charges' bought against the ABC by in general... View
Community 1

keek - 10 hours ago
Yeah, I'll stick to teaching my kids that the internet is a playground, and nothing said on it is to be taken seriously. This... View
Sport 34

Benita Bittner - 10 hours ago
Louise had to keep up with you lol. View
show more show less
*Results are based on activity within last 7 days

A documentary made by a Batemans Bay filmmaker about keeping Australia's oldest show on the road is one of five...
Breaking 0

Commuters from Woden to the City will be swapping their Rapid buses for light rail once the line is connected...
Community 24

@The_RiotACT @The_RiotACT
Looking for the perfectly located family home? Don't go past this four-bedroom property in Higgins - it's ideal for entertaining + ready to move into https://t.co/75M0QEbCnL (24 minutes ago)

@The_RiotACT @The_RiotACT
Can the ACT become a renewables powerhouse? An Assembly committee wants to know how we can make it happen https://t.co/SLGyWMXb3L (1 hour ago)

@The_RiotACT @The_RiotACT
Police have confirmed that part of a torso found on Mollymook Beach on 26 February belongs to a man, but not the 39-year-old ACT father who went missing while snorkelling near Batemans Bay on 25 January https://t.co/EtLRpObqE5 (2 hours ago)