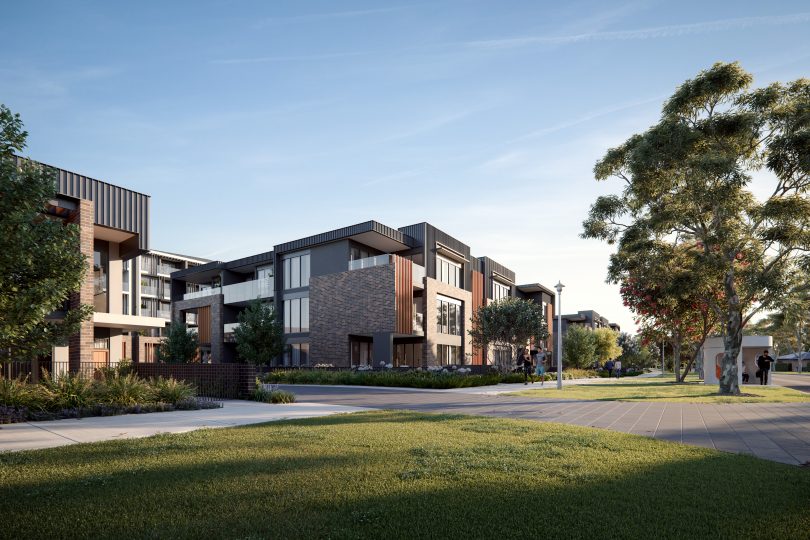 Kiara Apartments at Narrabundah prove that location is a strong factor for first-home buyers. Photo: Supplied.

From a price point of view, however, snaring a sought-after abode in a prestige or on-trend suburb is normally the preserve of mid-career, cashed-up professionals, dual-income couples or investors looking for income and capital growth.

But now, there’s a new demographic targeting Canberra suburbs in the inner south and inner north.

“Aspirational first-home buyers” are pursuing entry-level properties that will give them a leg up into more serious real estate purchases later on.

The oldest of six children, she’s currently still living at home but grew up in and around the inner south. She tried renting for a while and working in hospitality but came back to the family when the cost of living hit home.

“It was pretty tough,” Meg says. “And dad was always at me saying ‘You’re paying someone else’s mortgage!’”

So she decided to get serious about entering the housing market but was determined to be choosy about location.

“Eventually, I want to upscale into a home so I needed an affordable option in a prime location,” Meg says. 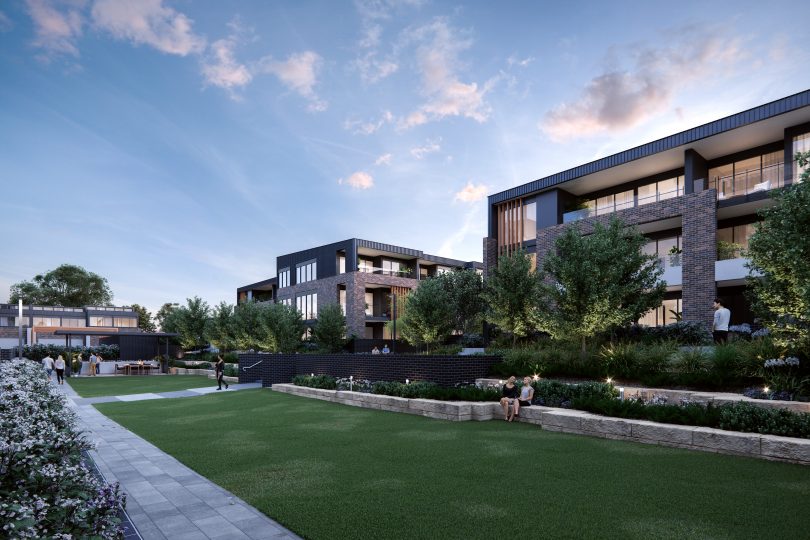 “Kiara was the perfect opportunity for me and my lifestyle.

“Griffith has its local shops but a little further down the road is Manuka with restaurants, supermarkets, boutique shops – it’s a real café culture and has everything a first-home buyer would want,” she says.

“On top of that, my apartment is in an established suburb in the inner south which, for Canberrans, is highly desired.” 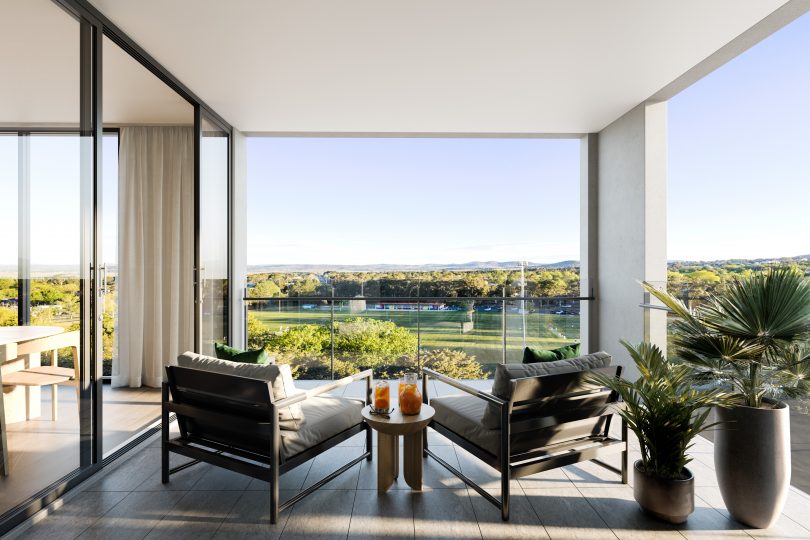 “They’re buying for location, even though it costs more,” Wayne says.

“These aspirational first-home buyers tend to be singles, in their 20s, with secure jobs earning about $65,000 a year.”

“They’re starting their career and are really confident about life,” he says. 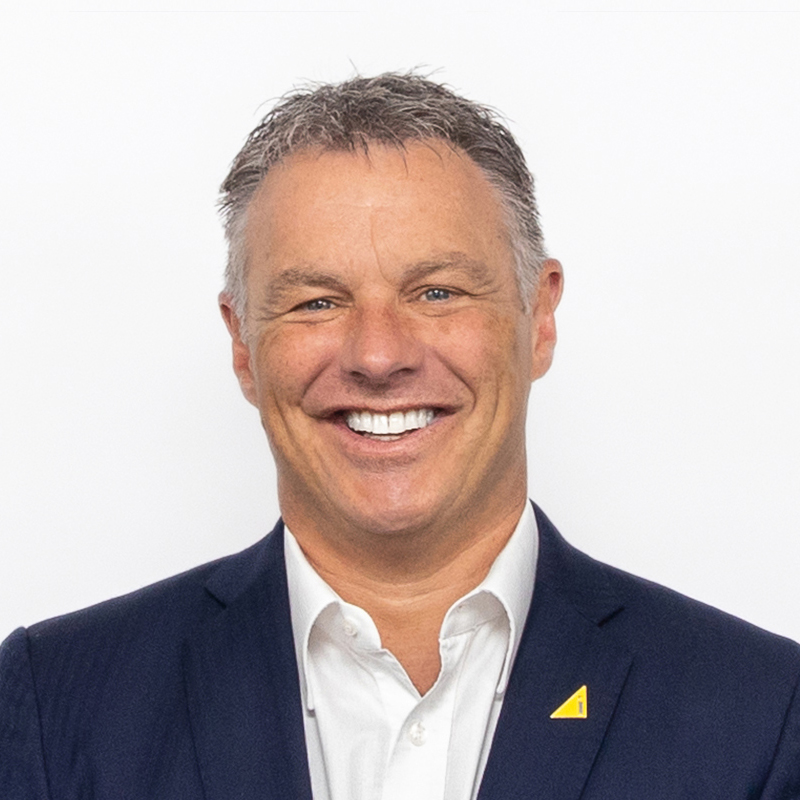 But for Meg Taylor, it hasn’t all been a bed of roses.

For a start, coughing up a 5% deposit on a $395,000 apartment was a big ask for someone of her age and background.

“What saved me was being able to save additional funds on top of my 5% deposit until settlement comes,” she says.

Meg exchanged on the apartment in January this year and is continuing the payment plan to save the maximum deposit possible before settlement, which is on track for December 2021. 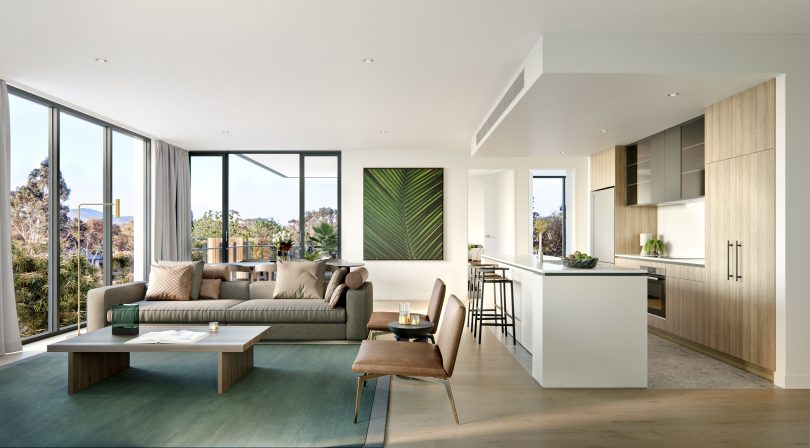 Mortgage lender’s insurance is another headache she’s trying to avoid and she’ll be looking to access the Federal Governments First Home Loan Deposit Scheme after it was expanded in the recent Budget.

“This is an unusual development because it fronts onto an oval, has views in every direction and has courtyards – something you don’t often see in projects of this size,” Wayne says.

“It’s also gentrifying an old ACT housing area that wasn’t well regarded so we’re seeing a lot of locals buying in because it’s uplifting the area.”

Importantly, the developer, Amalgamated Property Group, also has confirmation from the ACT Revenue Office that Kiara fulfils the criteria of the Federal Government’s COVID-19 HomeBuilder grant.

That’s the $25,000 grant that aims to stimulate the economy by keeping the construction industry going.

More detail about the grant, including eligibility criteria, can be found in Independent’s Kiara HomeBuilder Grant Fact Sheet.

The project’s display suite is at 39 McIntyre St, Narrabundah and is open from 10:00 am to 4:00 pm on weekends and other times by appointment.

Donna Arthur - 15 minutes ago
Found some walking around the elmslea ponds. View
Vicky Cook - 27 minutes ago
Thanks to the people doing this as I'm sure it brings a smile to the faces of those who are finding them. View
Christine Barber - 40 minutes ago
Jerrabomberra View
Lifestyle 3

Lisa Greig - 20 minutes ago
Matt Groeneveld I’d hate to have to count them all! View
News 8

Alexei Gorbatov - 41 minutes ago
Why we don’t hear that money go to strengthen our hospitals? View
Susanne Levy - 10 hours ago
Hugh Munro our medical treatments and medications are none of anyones business. It is not mandatory . View
Nathan Burraston - 10 hours ago
Hugh Munro yes I had the Astra Zeneca. That's why I want to get on with it. People who have had 18 months of scaremongering s... View
Motoring 1

Ed N Joanne Towner - 56 minutes ago
Had one of these and it was an excellent vehicle and great to drive. View
Food & Wine 12

Illume with a view has elegance to match its Griffith location

@The_RiotACT @The_RiotACT
Construction sites and supermarkets in almost a dozen suburbs, as well as a number of public transport routes, have been listed as exposure locations by ACT Health overnight https://t.co/rSgPZcoRvr (36 minutes ago)