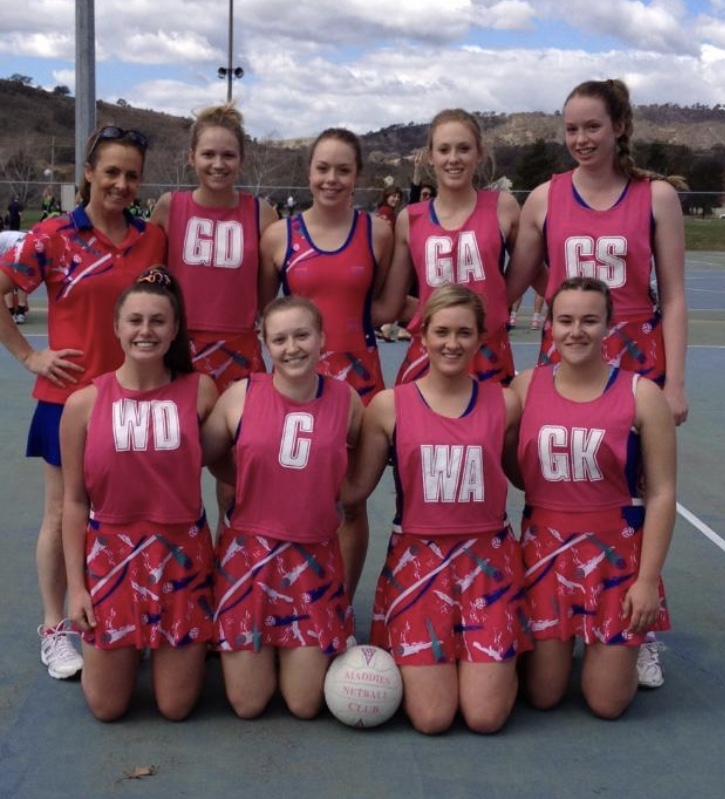 Louise Bilston’s involvement in the sport of netball is extensive, from player to coach, administrator, board member and president.

When Netball ACT faced the possibility of insolvency a few years ago, Bilston drew on her long career in project and business management to help save the sport in Canberra from going into administration.

The impact of COVID-19 on Canberra sporting organisations and those who volunteer their time to ensure they stay afloat can’t be underestimated.

While Netball ACT emerged from the pandemic virtually unscathed, the same can’t be said for its president.

“We have had a stressful few years. We went close to insolvency and the board had to work operationally for many years. We stayed solvent and put the organisation in a solid financial position with stronger pathways and more opportunities for members,” she said.

“Then along came COVID. We went back into crisis management and got through, but it has taken its toll. I don’t have the energy required any more, and it’s best for me to make room for someone with time and energy to devote fully to the role.”

But she’s given more than time and energy, despite other competing demands on her life.

Following her aunt and sister’s deaths to cancer, she is now caring for her father who is battling melanoma.

Louise’s son was married last year, her two daughters are also getting married, and her first grandchild is on the way.

In the end, something had to give, and of course, family comes first. That’s not to say that netball hasn’t been an important part of her life; in fact, at times, it had become all-consuming.

So how did netball play such a dominant role? This is particularly unusual as her passion growing up was track and field.

After 12 years of playing and coaching, she pursued experiences in netball management and committee involvement as a volunteer.

“Basically, my involvement in management and netball committees started when my kids were in primary school, and it went from there. I worked in project management and business management in the construction industry in Canberra, and I was able to apply those skills to helping run sporting clubs.”

Louise wrote business plans and risk management plans and put structures in place to ensure the stability and growth of clubs such as Maddie’s and the Tuggeranong Netball Association (TNA).

During her time as the president of Tuggeranong, the club launched a fundraising carnival to support Bosom Buddies and Lifeline to ensure a tangible connection to the wider community.

Louise is a big supporter of the not-for-profit sector. The connection with Bosom Buddies and Lifeline proved to be an incredibly successful venture, lifting the profile of the charities and raising funds at the same time. 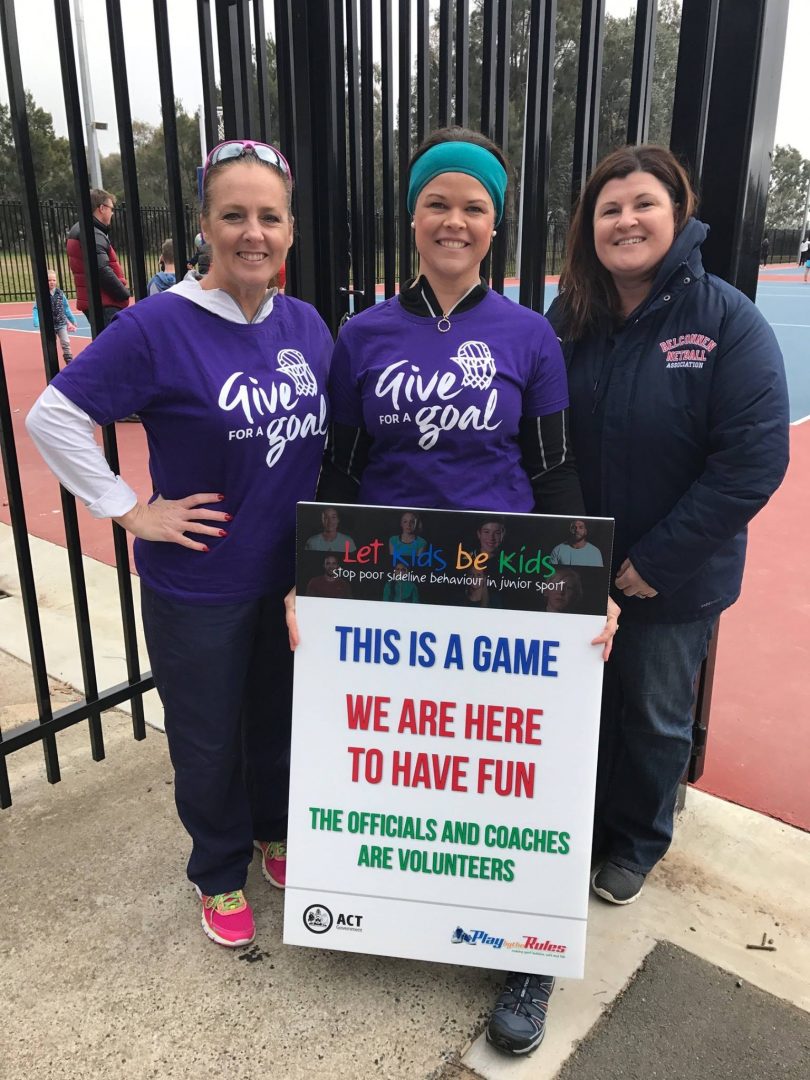 “He put a team in the Tuggeranong Netball Association marathon game, and we hit it off from there.”

From president of TNA, Louise took the next step to the Netball ACT board before becoming president.

The most challenging time was in 2017-2018 when Netball ACT faced a financial crisis. For many, it was hard to believe as the association boasted over 10,000 registered players.

Along with then CEO Benita Bittner, Louise set about putting new systems in place, including a financial risk management committee. It may sound dry, but it proved to be vital in keeping the sport solvent.

Now post-COVID and with Netball ACT working with Netball Australia on a State of the Game review, as well as plenty of work on governance, Louise says the time is right to move on. 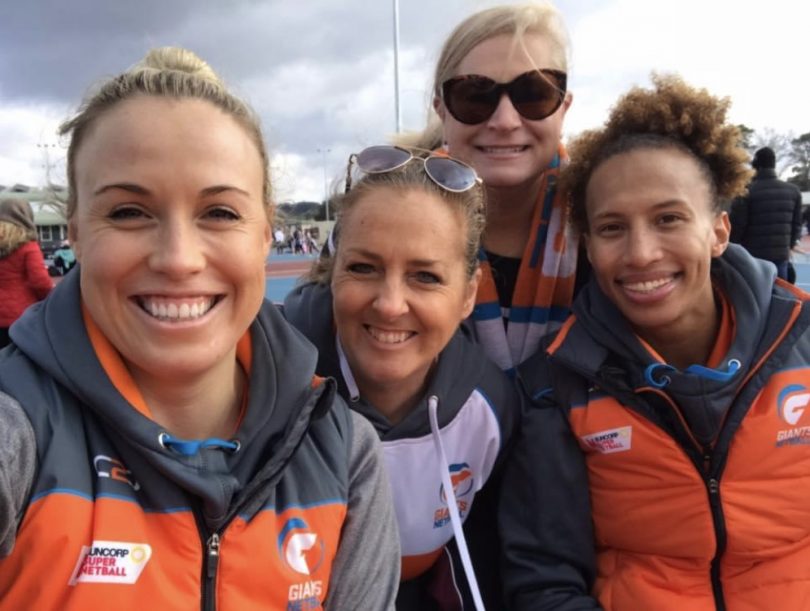 “Netball has been a large part of my life for such a long time, but now is the right time for me to make room for someone else to devote fully to the role as NACT moves into the next stage of its history,” says Louise.

“I am looking forward to having more time with my family and perhaps coaching NetSetGo again one day for my granddaughter in the future.”

As to the future of the sport in Canberra, Louise thinks there’s no reason why Canberra can’t have a Super League team.

“NACT recently established the Capital Darters after securing a licence in NNSW Premier League, which is the pathway for our member’s to the ANL. The next opportunity for our members should be Super League. However, there’s a lot to do before that happens,” says Louise.

Louise may be stepping away from her role as the leader of netball in Canberra, but it’s obvious her passion for the sport remains. And she leaves the sport confident that it is in a strong position and will continue to be a part of so many people’s sporting life for years to come.

Top work for such a stretch. Terrific.

Thanks Brendhan! NACT couldn’t ask for a better Chair for their FARM committee. You have big shoes to fill following Scott Meyers, but have settled in quickly and professionally. Thank you, you’ll nail it!

I remember roping you in to ‘help out for just one season’….you became a much loved and valuable member of the netball community. The best! x

Well done Louise Bilston. You give your all in everything you do and I personally thank you for this and what you’ve brought to my family.

CONGRATULATIONS on EVERYTHING and now go enjoy your ‘you’ time. I know you will be the best grandma ever 💖

Thank you for your lovely comments and in going friendship Bernadette.
Maddies and TNA were so lucky to have the Backers part of our netball family. I am even luckier to have friendships with all of you all these years later. X

“If you need? If you need Lou?” Louise Bilston Hat-tip to you on an amazing journey and impact on netball in our town.

Thanks Alex! Maddies and TNA were lucky to have the Redmond’s as part of our netball families. Still friends all these years later. Thank you

Louiseis a legend. Such a generous spirit!

Too kind, thank you x

Congratulations Lou, you’ve been a truly amazing asset to NACT and they will miss you greatly… Well done Super Coach from your Super Assistant Coach😆😆😆❤❤❤ Beth Price

How lucky were we that you and Beth came to TNA, Mustangs and Maddies all those years ago. Beth was a star player and you were the ultimate supporter/volunteer. One of the best, and certainly funniest, assistant coach and manager I ever worked with. Thanks for all you did and still do supporting our sport xx

Couldn’t have done it without you. Hardest working colleague I have ever worked with. NACT was so very privileged to have you as our GM. Your ideas, energy, drive and commitment were second to none! We achieved so much together and I’ve made a lifelong friend. Thankyou

Louise had to keep up with you lol.

Congratulations Louise Bilston! What a wonderful contribution you have given to our game 💙💚

Thanks Bianca. You too! I fondly remember when you first joined Maddies and TNA and the energy and commitment you bought with you and shared freely. Thank you

Thanks Juliette. Being part of community and contributing is just what we do!

You are a superstar Louise.x

Thanks for your lovely message x

You too! It’s great having the extra connection that you were part of CNA with my sister Michelle.

Congratulations and thank you Louise Bilston

Thanks Nat! It was great to be part of bringing you to TNA all those years ago. Loved working with you at a state League. Thanks for all you do for netballers across the ACT