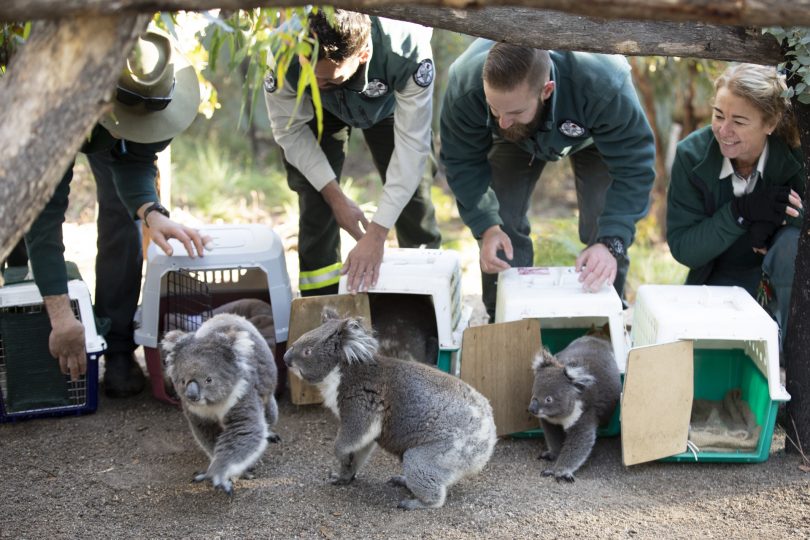 Staff from ACT Parks and Conservation release the koalas back into their home at the Tidbinbilla Nature Reserve on Thursday. Photos: Michelle Kroll.

A family of five koalas returned to the Tidbinbilla Nature Reserve on Thursday (9 July) carrying more than just the hopes of staff from ACT Parks and Conservation – a least one new koala has joined their growing family and he may not be alone.

The currently unnamed male joey is yet to emerge from its mother’s pouch where it has been snuggled for the past three months, but rangers think a second joey has also been born although they haven’t been close enough to confirm another arrival.

Wildlife team leader at ACT Parks and Conservation Dr Sarah May said the conception more than likely occurred while the five koalas were in isolation after being evacuated to the Australian National University in February to escape the Orroral Valley fire and subsequent flooding rain. 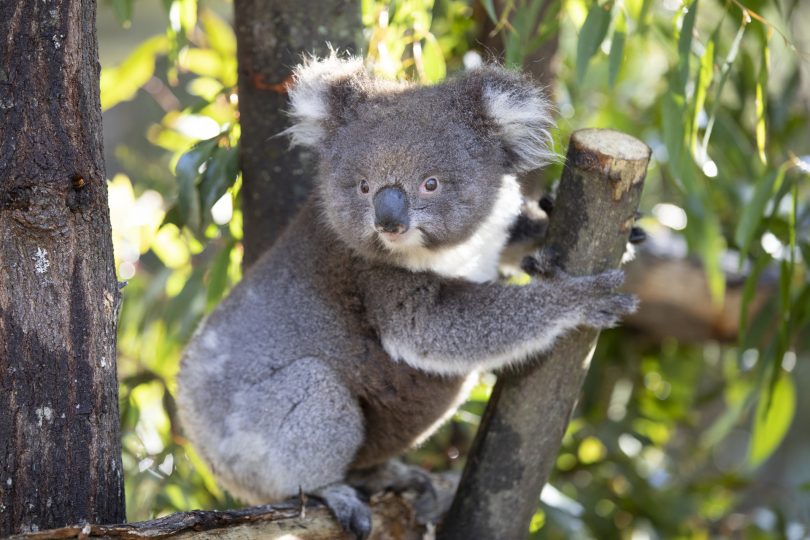 One of the younger koalas, Gulu, takes in his new surroundings at Tidbinbilla.

“We estimate [conception] from when the head comes out of the pouch and just deduct six months, so this new one is about three months old, which makes it a March baby,” Dr May said.

“The joey will poke its head out of the pouch more in another couple of months and that’s when we’ll know if it’s a boy or a girl. After about a year, the joey will be fully separated from the mum.”

Jed, the dominant male, has been in the 16-hectare sanctuary for about eight years, while the two females, Scully and Yellow, arrived in 2014. There’s also Billa, the son of Jed.

Yellow is the proud mother of the unnamed koala.

“They obviously don’t have any trouble breeding and they’re really, really healthy. Scully might have one her pouch too, we haven’t actually had a look yet, but they usually have about one every year which tells us that they’re thriving,” Dr May said.

Following the tradition of the public being given the opportunity to name each new koala, the quest will soon begin to name the newest addition.

The most recent member of the koala clan from last year was named Gulu, an Indigenous word for koala, which also means ‘no drink’.

Today journalist Michael Weaver went out to Tidbinbilla Nature Reserve to see the Koala's released back into the reserve. Keep an eye on our website and Facebook for the full story. Video: Michelle Kroll. #tidbinbillanaturereserve #koalas #release #moretocome #riotACT

Minister for the Environment and Heritage Mick Gentleman welcomed the koalas to their new home and invited Canberrans to visit them in Tidbinbilla.

“After being evacuated to ANU earlier this year to escape fires and floods, Tidbinbilla’s koalas – Jed, Yellow, Scully, Billa, Gulu and a young, currently unnamed male – have returned to their new and improved public enclosure,” Mr Gentleman said.

He said the koalas were returned in good health to Tidbinbilla in late February and have been housed behind the scenes in secluded enclosures while the team refurbished the public display enclosure in the Eucalypt Forest.

“The upgrades include new ‘furniture’ in the form of trees and logs for the koalas to enjoy. There’s also new clear fencing, a viewing platform and seating to better allow visitors to experience these iconic critters,” he said.

The displaced koalas were cared for and housed temporarily at the ANU with researcher Dr Karen Ford, who is an expert in koala nutrition and ran the ‘5-star koala hotel’ on campus in Canberra.

Eleven koalas were safely housed at ANU from various fire grounds in the region. 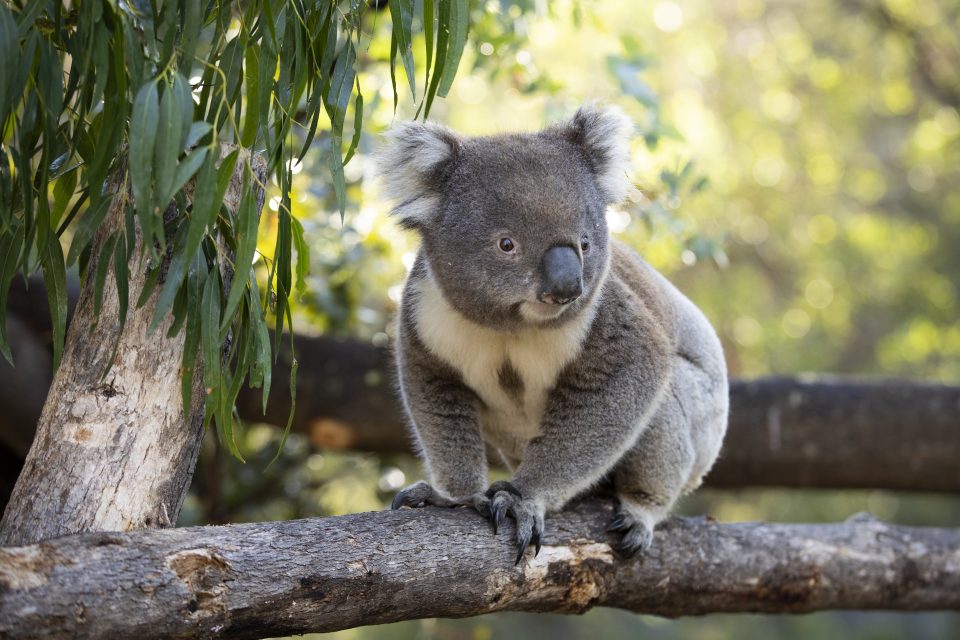 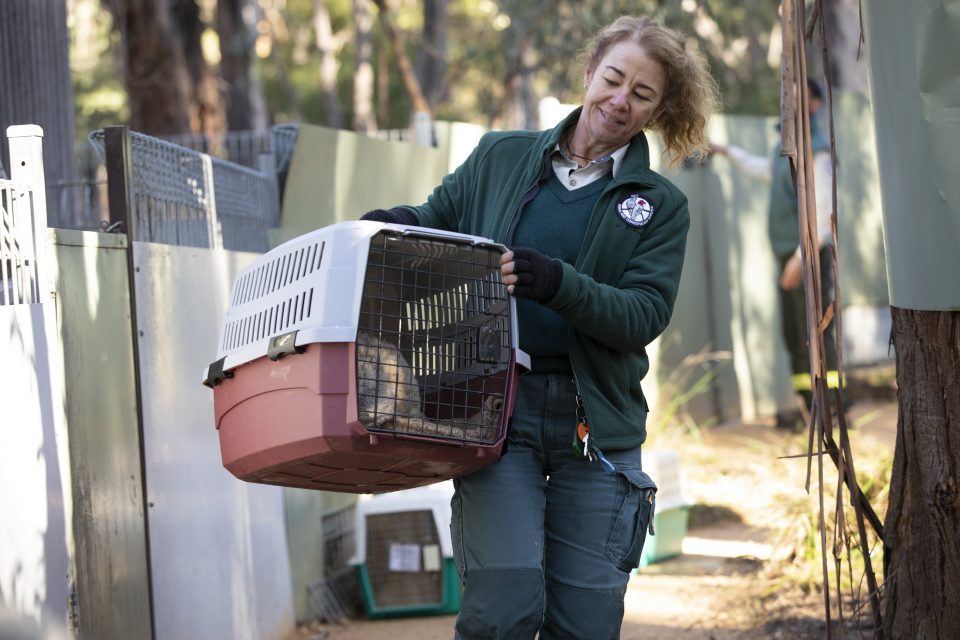 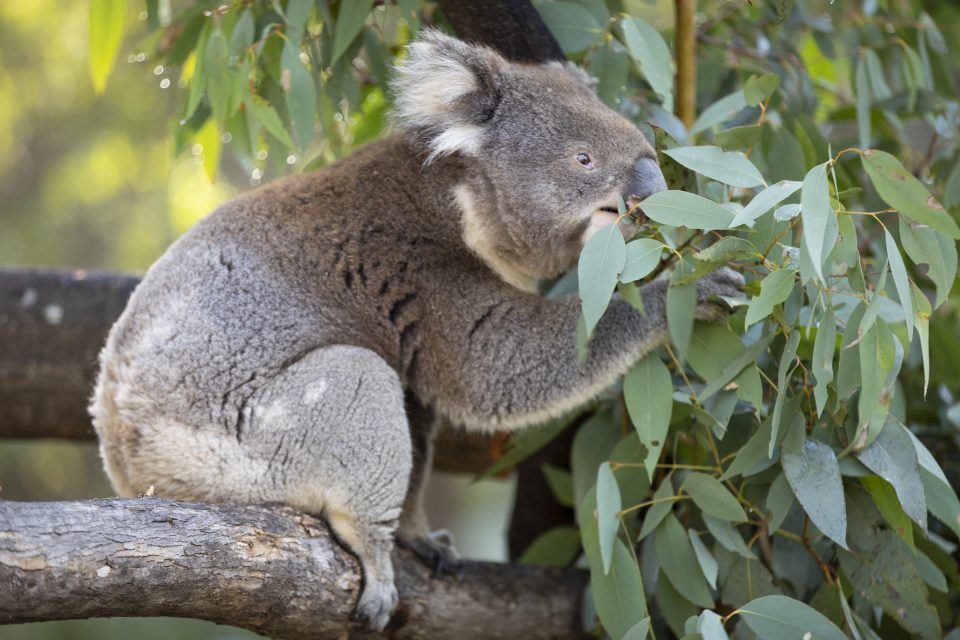 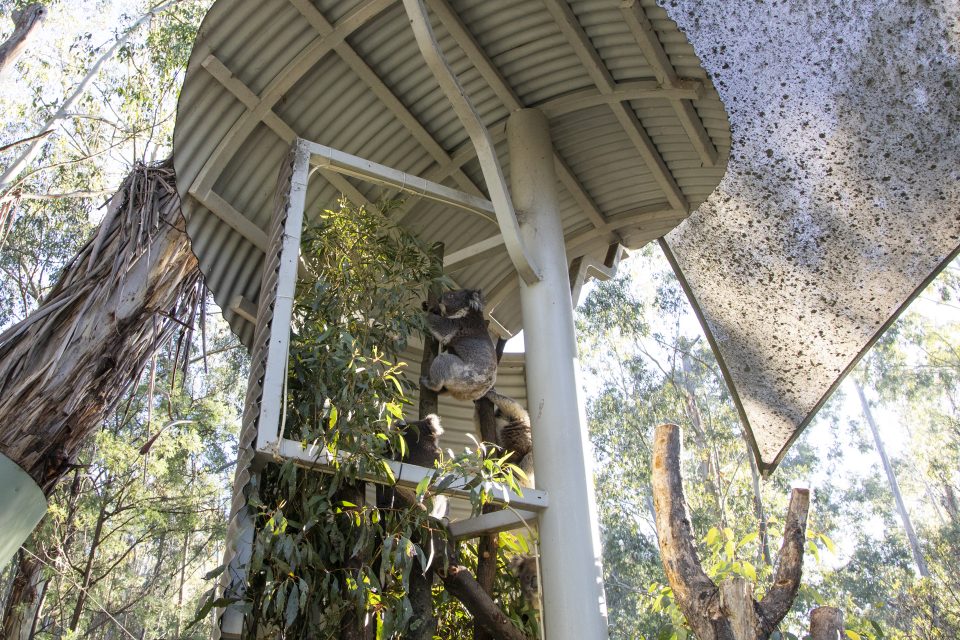 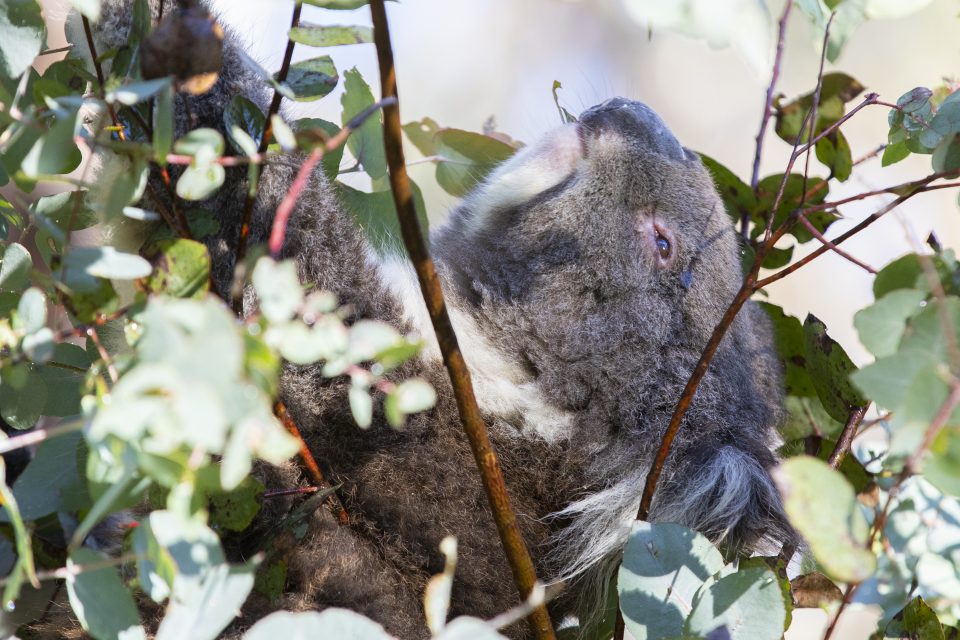 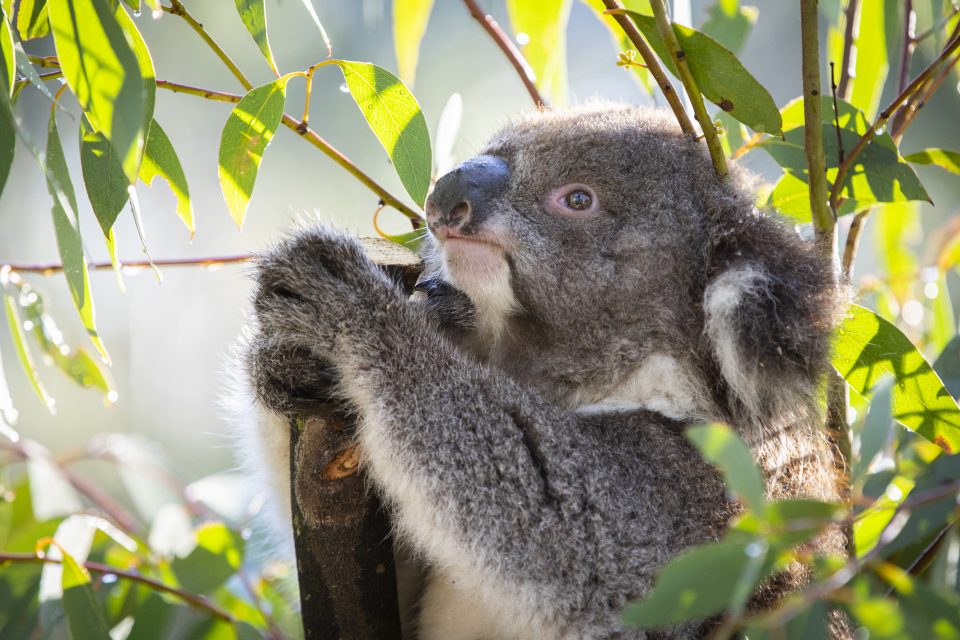 The koalas immediately took to their refurbished home by climbing the enclosure’s trees and tucking into a fresh supply of eucalyptus leaves.

Dr May said all the koalas are in excellent health, which has been a hallmark of the breeding program for Tindbinbilla’s furry friends.

“It’s great to have them home again,” Dr May said. “It’s another piece falling in the puzzle that shows we’re slowly but surely getting back to normal after a terrible season.

“It shows that we’re getting back to a sense of normality and that our animals are healthy and have been so well looked after.

Tidbinbilla’s first foray into threatened species conservation began with the introduction of koalas in 1939. The current family of koalas were introduced following the devastating 2003 bushfires, which wiped out all-but-one koala, later named ‘Lucky’.

“I would like to thank our partners at ANU for caring for our koalas over the summer period,” Mr Gentleman said. “The quick response of the Tidbinbilla and ANU teams meant we were able to safeguard Tidbinbilla’s current koala population from the extreme weather events.”

Elspeth Shannon Rollason - 57 minutes ago
The Florey oval which is in this picture needs to be an oval for the primary school. It needs to be fixed up so the kids can... View
Krishna Rao - 1 hour ago
Samuel Gordon-Stewart they aren't green though. Just a bit of grass in some seasons. If you want green spaces you need microf... View
Jorge Gatica - 3 hours ago
Alex Troy Elsworth Adkins dog parks are an accident waiting to happen View
Property 26

Paula Simcocks - 57 minutes ago
Marty Hoenig has had one of the best filtered water system for years. Bad about 2000 and before but now state of the ark wate... View
Motoring 3

Alex Nicolson - 4 hours ago
Albert Blair It did show the gubmint was trying to do something but I agree it seemed pretty ineffective. View
News 35