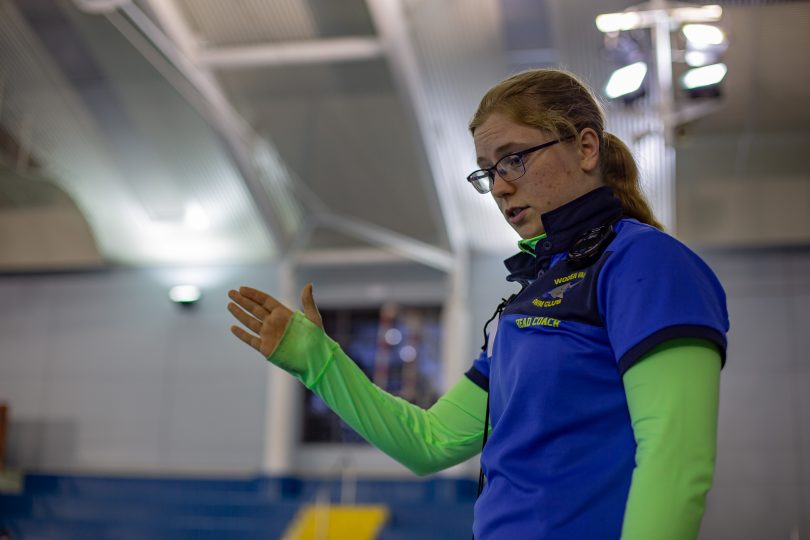 Madeleine Fleming wants to be a trailblazer in a career typically less pursued by women. Photos: George Tsotsos.

Madeleine Fleming never pictured herself as a coach but when she met her swimming coach at Woden Valley Swim Club, a dream was born.

Fleming has spent nearly her entire life in the pool, having been taken to swim school by her parents when she was just six months old. 12 years later, she took up competitive swimming at nationals before a brief stint as a water polo player saw her represent the ACT.

But it was during the three years that she spent in the senior swim squad in Woden that her career took a different lane.

“My greatest dream that I never thought I would realise was to be the head coach of the Woden Valley Swim Club, the swim club that I trained at,” Fleming shared with Region Media.

“That dream was inspired by my coach Steve Young, who actually passed away from a brain tumour in 2014. He made a massive impression on my life.

“I trained with him twice a day and he had such a passion for his athletes and not just in achieving in sport but for the time he gave you as a person and the way he allowed you to learn and make mistakes.

“I was really amazed by the things he taught me in life that had nothing to do with swimming. He is the most impressionable person in my life that I have accounted so far and I really wanted to emulate him.” 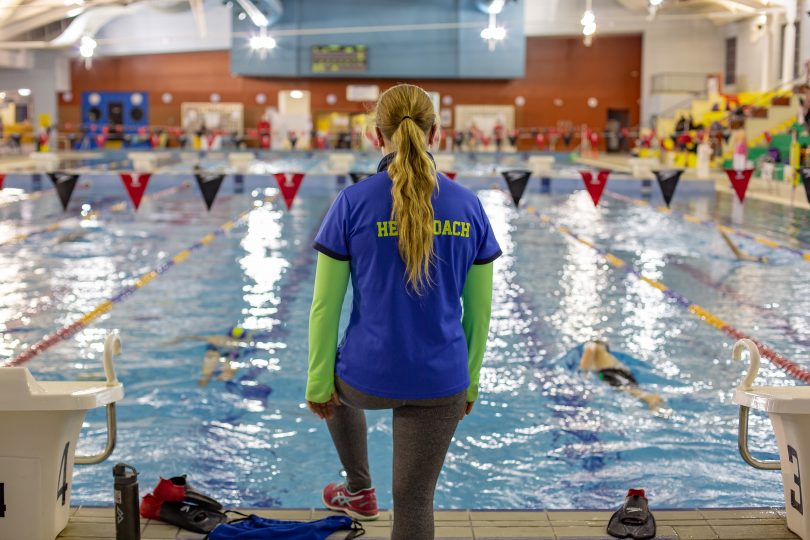 Young inspired her to chase her dream, and she eventually became part of the coaching team at Woden Valley Swim Club in December 2016, before becoming the head coach of the swim club.

Thanks to a new scholarship program from the ACT Government, Fleming and a dozen other female coaches have received up to $5,000 for Elite Coaching Scholarships to help them progress to higher level coaching positions.

In a male-dominated career path, Fleming said the scholarship will help her undertake her advance coaching course to be a trailblazer as a female swimming coach.

“This advance coaching course is especially significant to me, as one of the few female head coaches in the region,” she said. “I was at the country championships in Sydney last week and the strong majority of the coaches there were males. 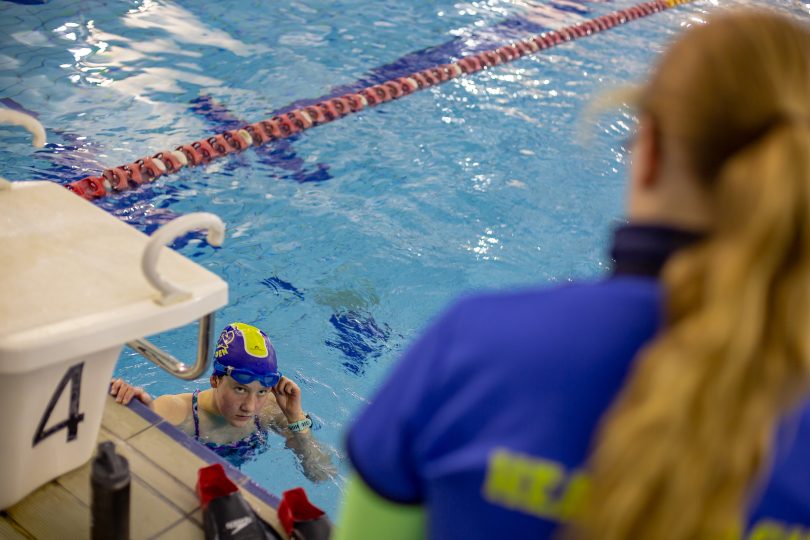 Madeleine Fleming is now inspiring the next generation of swimmers.

“Female swimming coaches tend to be assistant coaches or have more administrative roles. There are certainly women in the wings and there are lots of female assistant coaches but in Canberra, there is me and only one other female head coach.

“For various reasons, women don’t pursue coaching so the more we can do to support them to pursue that pathway the better because at least 50 per cent of swimmers are female. So we need to be representing that cohort.”

The 13 female coaches across twelve sports that have received up to $5,000 for Elite Coaching Scholarships: