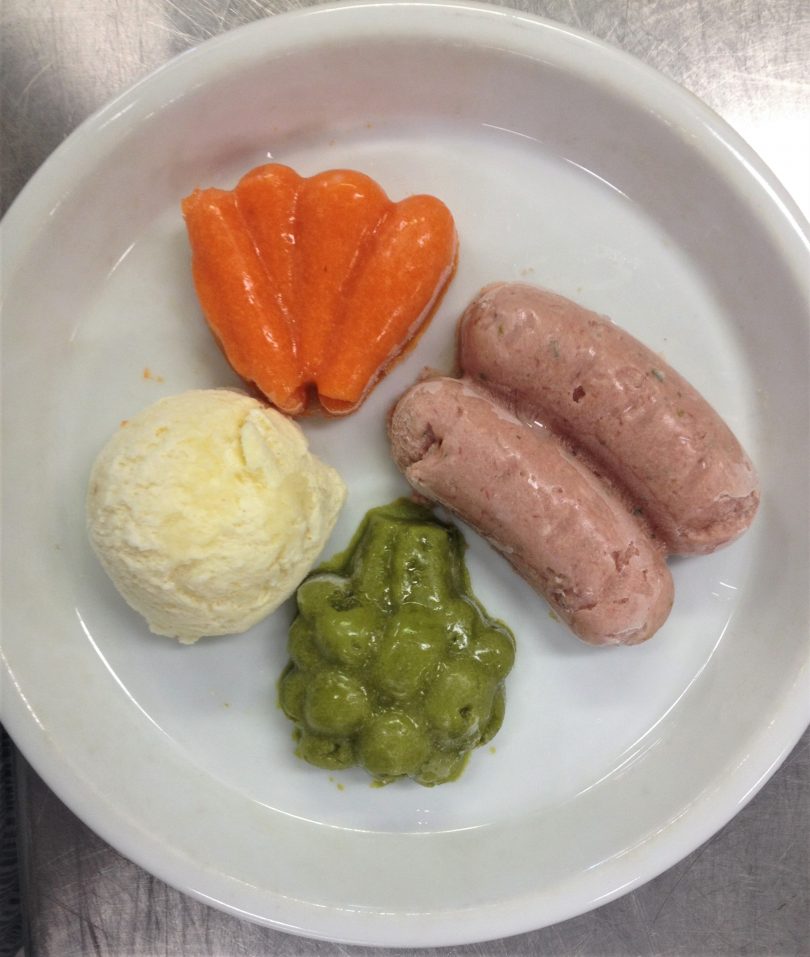 One of my clearest memories of my grandma dying in a Bega nursing home in 2000 is of her being spoonfed banana yogurt.

I remember her turning away from the spoon, barely able to breathe and my being insulted on her behalf. Gross! Banana yogurt. The worst flavour.

And this final meal for a proud Dutch woman who loved Indonesian food and used to shock her Canberra social circle by serving Jatz with peanut butter and chilli sauce at dinner parties in the 70s.

Many of us take for granted that we can eat what, and when, we want. It’s now more widely acknowledged that retaining autonomy over our daily lives in old age is important for mental and physical wellbeing. And that includes food.

Attention has been drawn to the problem nationally thanks to a campaign run by the Maggie Beer Foundation.

Learning about Maggie’s campaign made me wonder – has this new movement reached regional Australia? I went to my local nursing to find out.

“Maggie Beer reports that many nursing homes spend as little as $6.50 per day on food. We spend double that, about $13 on raw product, and $35 per day with the cost of food services.”

The changes this Bega nursing home has made include having a constantly updated spreadsheet of each of the 95 residents’ likes and dislikes as well as food intolerances and allergies and their preferred serving size, having food available 24/7, the creation of a kitchen garden and chook run, and cutting the kitchen’s food waste by 75 per cent.

“Food is really important. It’s a big part of each day here,” according to cook Tam Prime.

“We make everything on-site and there are always options, so if you don’t like fish, you can have something else.” 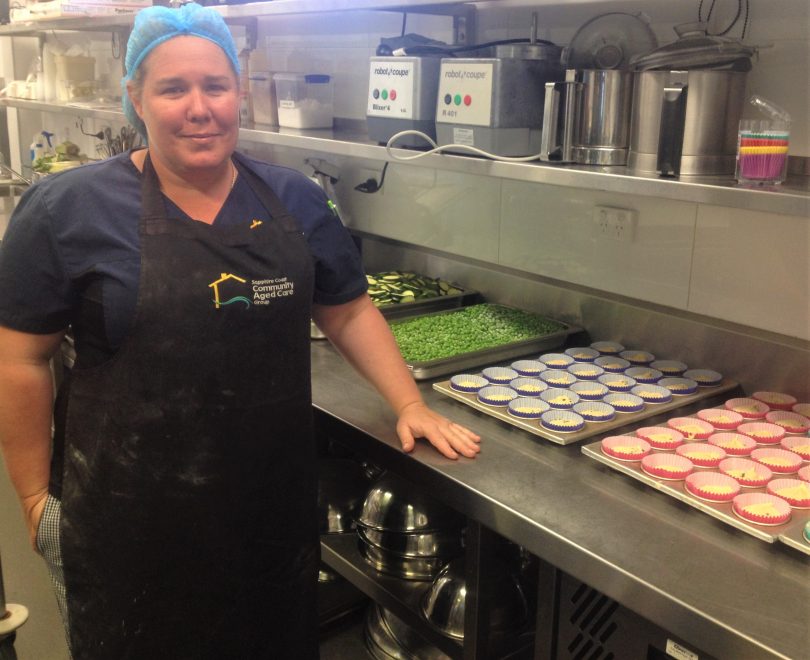 Hillgrove House cook Tam Prime with some muffins about to go in the oven.

A team of 30 staff run the kitchen and cleaning services for Hillgrove House, and Sue says that it’s their passion which has driven the changes to the food program.

“Our menu changes seasonally, just like yours does at home, so in summer we have a fortnightly barbeque and salads with fresh tomatoes and herbs from the garden,” she says.

Today is not barbeque day but it’s lunchtime and a few tables of residents are sitting outside on the veranda, eating steamed fish with herb butter and mini lemon tarts with fresh raspberries. The food looks pretty good.

There’s almost unanimous agreement that the fish is good, although I notice that not everyone is eating fish, so there’s vegetarian quiche and chicken casserole on some plates.

Kevin Heatherington jokes that there aren’t enough T-bone steaks on the menu, while Pauline Blacka comments that she quite likes pot roast.

Barb O’Reilly says she has noticed that there has been more variety on the menu in the last year.

“I just ate a really nice quiche with vegetables, though I wouldn’t have cooked the spinach quite so much. I like to cook spinach just in the few drops of water you wash it in,” she laughs. “I have eight children, so I used to cook for 10 every night, though now I don’t know how I did it!”

It strikes me, talking to Barb, the mental jump it must take to go from being an accomplished home cook, completely in charge of what and when you eat, to eating three meals a day, planned and prepared by someone else.

Tam clearly feels for those who are required to eat soft food.

“Not everyone who is on purees lacks cognitive function,” she explains. “It used to be that if you were on purees, you got four ice cream scoops of food in a bowl, which tended to mix together and become brown soup. We really try to make purees tasty, but also appealing to the eye, because food engages all our senses.”

Sue notes that the changes made to the soft meals are making an impact on residents health.

“People often lose weight on a puree diet; ours are putting on weight,” she says.

Next up for Hillgrove House is the trial of an industrial food dehydrator through Bega Valley Shire Council’s FOGO program, which compacts food waste into a powder which can be put straight onto the garden or into a compost bin.

MaureenPearce Johnston thought you would find this interesting.

That is wonderful. We need a Maggie here. We could enjoy our meals so much more! Thanks for sharing😘

This is fantastic. Food is so important.

Nursing home food is a joke! Always has been. Good job and I’ve been thinking about this idea for a long time 👏

Maggie Beer – I hope that your initiative spreads far and wide. Our elders deserve the best. Well done Hillgrove House!