Maury’s carpentry career provides a peek behind the Hollywood curtain 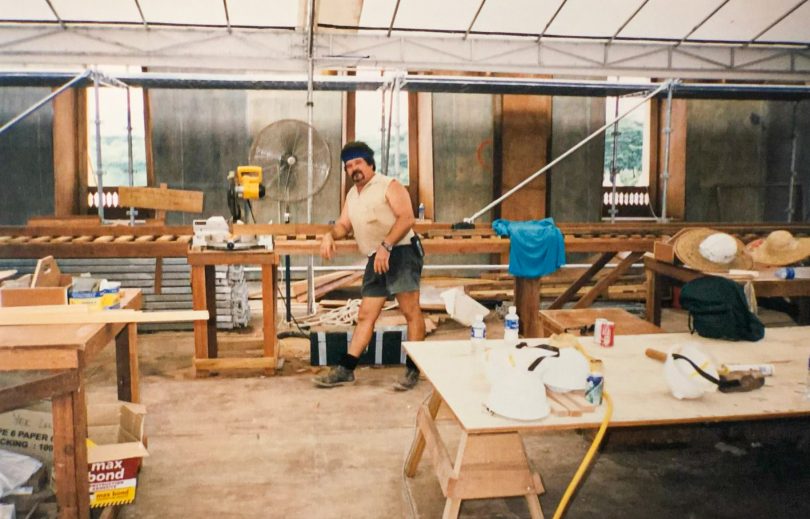 Maury Cooper on the set of film Anna and the King in the late 1990s. Photo: Supplied.

When Maury Cooper first picked up a hammer and saw, he had no idea a carpentry apprenticeship would lead him to rub shoulders with the likes of Hollywood heavyweights Jean-Claude Van Damme, Tom Cruise and Nicole Kidman.

Living in Narromine, near Dubbo, Maury was just 14 and picking oranges for pocket money when his father surprised him with an apprenticeship with the railways in Sydney.

“I knew no-one except an uncle I’d met once,” recalls the Batemans Bay man.

“I ended up boarding in a garage in Gilford – it was a terrible place to live.”

Living conditions were not ideal, but the apprenticeship opened doors to places that little boy could never have imagined.

READ ALSO: Meet the residents of Australia’s most haunted house in Junee

After finishing up with the railways, Maury returned to Dubbo and started his own business before a stint in Canberra.

“I lived in Ainslie and worked on Woden Plaza back when it was out in the bush somewhere,” he recalls.

But it was a chance job at Captains Flat, of all places, that literally changed the direction of Maury’s life. 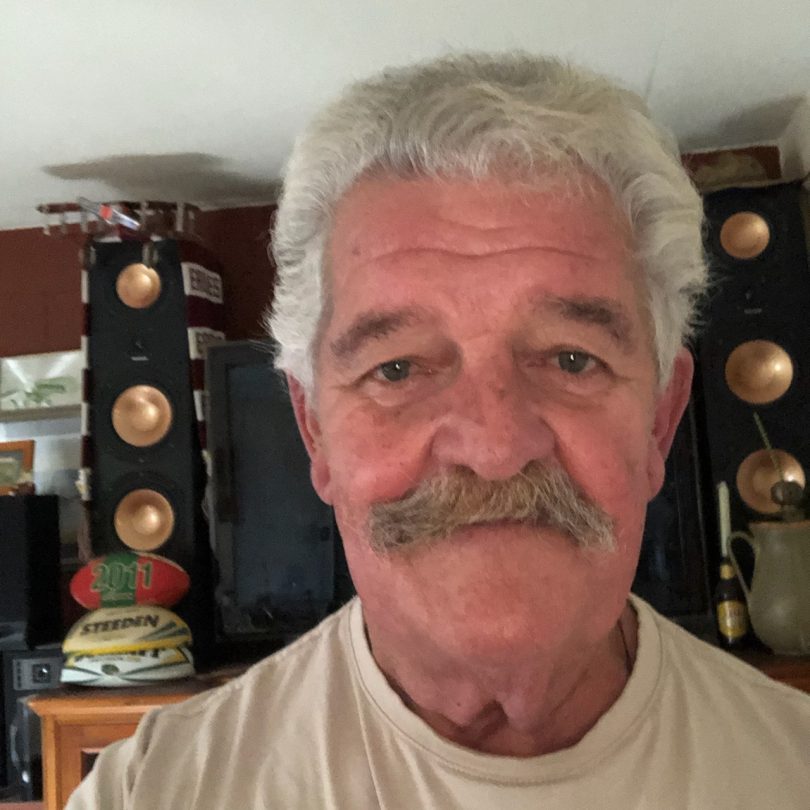 “I got a job at Captain’s Flat, putting a fence around the old pub,” he says.

“It turned out that was where they were finishing the Ned Kelly movie with Mick Jagger.

“My mate and I were just standing there – in those days I had long hair and a beard – it was drizzling rain and this bloke said one of the extras hadn’t turned up and asked if I wanted to stand in.

“All I had to do was raise this big pewter mug and shout [something] out.

“That’s how I really got started.”

A love interest led Maury to the Gold Coast, where a mate hooked him up with some work at the movie studio there.

“He got me into the movies and the rest is history,” he says.

Maury found his niche building the sets of movies such as The Phantom, Mission: Impossible II, Anna and the King and The Sundowners.

He travelled to America to work on Speed 2, North Queensland for Pirates of the Caribbean, and Sydney for Moulin Rouge. 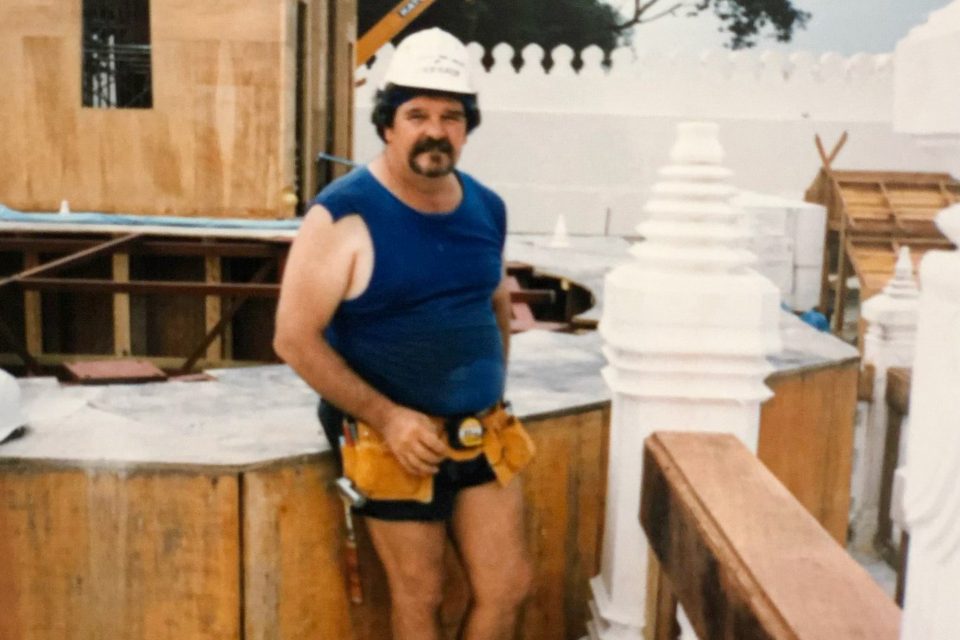 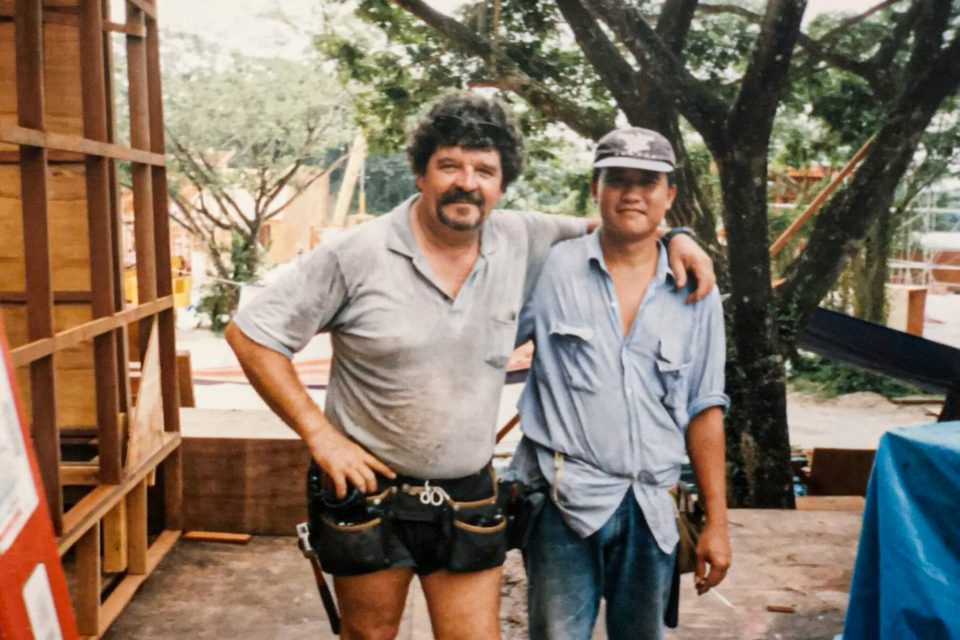 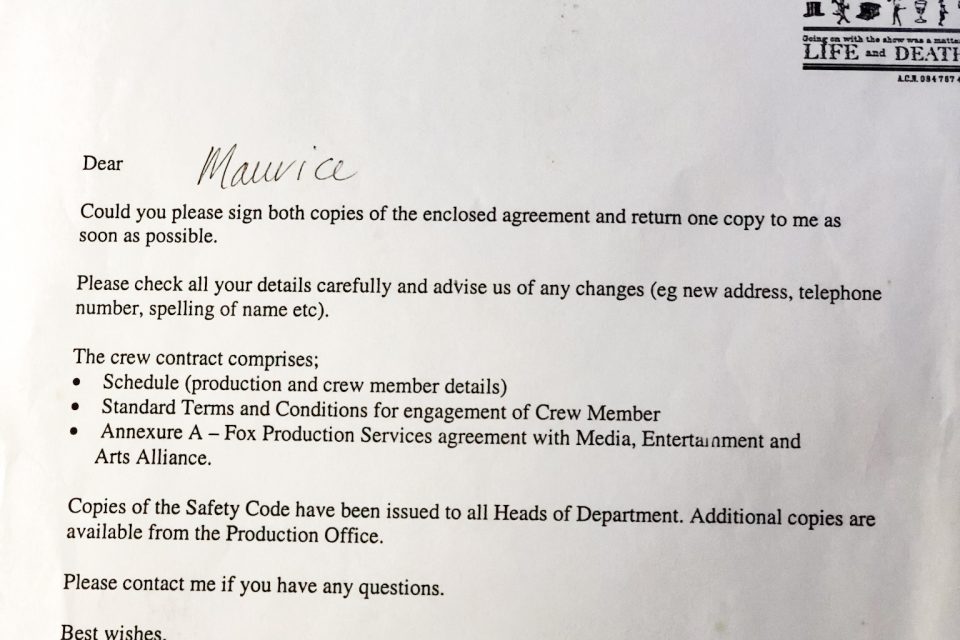 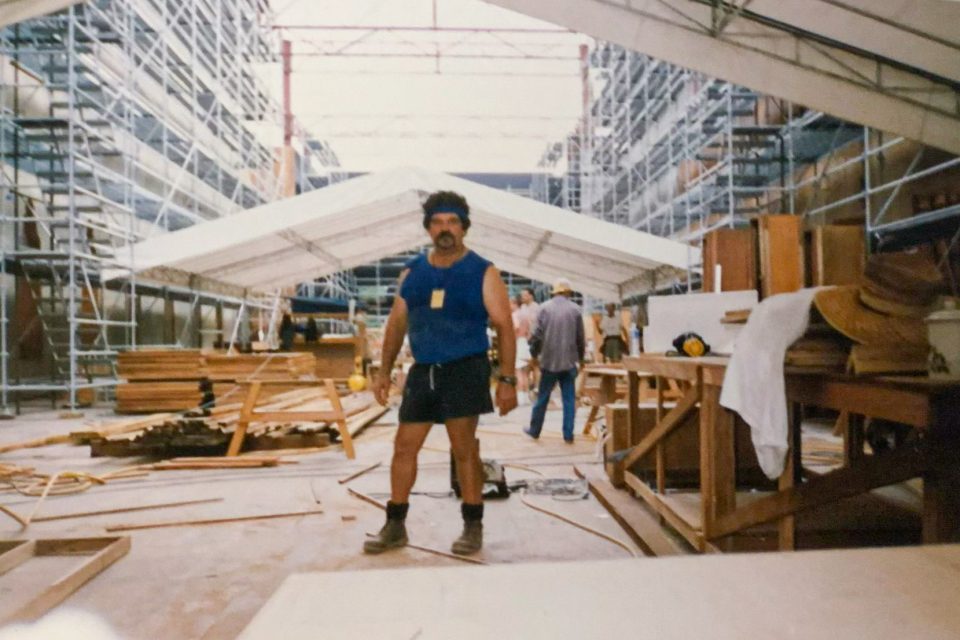 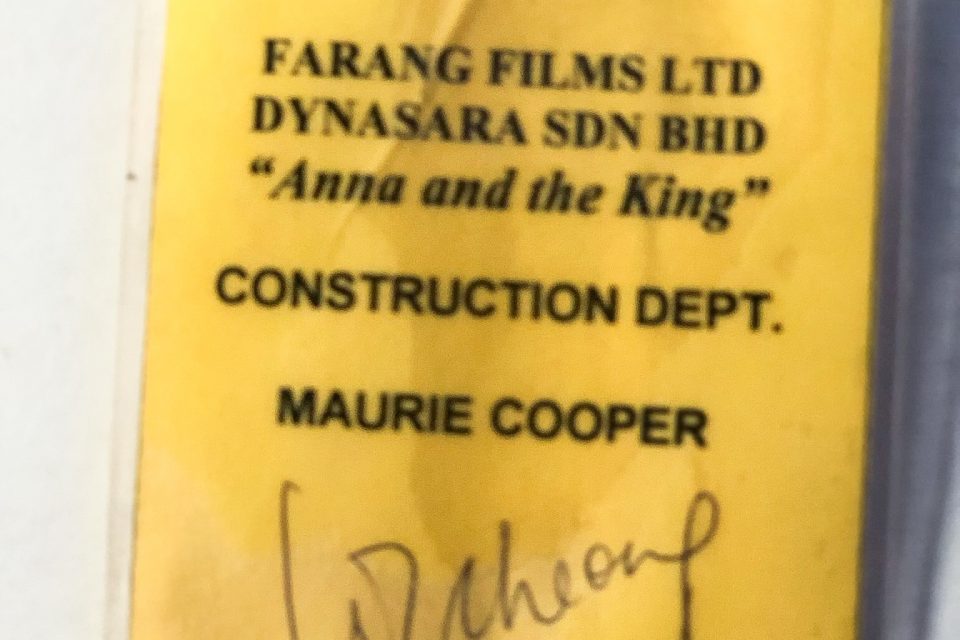 Maury's pass for Anna and the King. Photo: Supplied.

Maury's pass for Anna and the King. Photo: Supplied.
1/5

The work gave Maury a glimpse behind the curtain into a world not many of us see, and left him with some very strong opinions about certain movie stars.

“Tom Cruise is a self-centred little s–t,” was his unvarnished opinion of one of the world’s highest paid actors, while his former wife, Nicole Kidman, is all class.

“I was the second leading hand on Moulin Rouge,” recalls Maury. “I was going to the office to get the plans. There’s this area we called ‘the grass’, which was basically a park in the middle of Fox Studios. Nicole had her big van out in the middle and two of her kids were kicking a ball around.

“Her young bloke kicked the ball and hit me right in my privates. He apologised and I kept going. Then, when I was sitting down to lunch, I get this tap on my shoulder and she’d come over to apologise for what had happened.”

He was there when pop legend Michael Jackson’s hair caught fire during an ill-fated Pepsi commercial in 1984.

READ ALSO: The man who helped Goulburn laugh at itself

“Everyone was running around like blue-arse flies and we were just sitting back watching it all,” says Maury.

“It’s been an interesting life in a lot of ways.

“The last one [film] I did was about four or five years ago – it was just a small documentary.”

Nowadays, Maury has stepped back from the movie world, choosing to enjoy semi-retirement on the NSW South Coast.

He moved to Batemans Bay about five years ago to be closer to his son, and has no intention of leaving.

And anyone lucky enough to get Maury to do an odd job or two around the house can enjoy not just the benefit of his 50-odd years of experience in the carpentry trade, but also a wealth of stories from behind the scenes.

Louise Earl - 1 hour ago
I love Canberra … but yes.. Canberra has missed the boat on a lot over a lot of years! Not just AFL. View
Matt Bacher - 5 hours ago
Michael Bourke …..as you and I can attest to mate 🤣 View
News 156

Pat Gagel - 4 hours ago
Maybe not. I have regularly used the service since 1992. Love it. Still the most sophisticated form of travel. Much better th... View
Marco Spaccavento - 5 hours ago
Pat Gagel I’m not a user. 3 a day also hardly justifies a new station… View
Pat Gagel - 5 hours ago
David Malcolm they aren’t a problem. Believe it or not, biggest issue is a grade crossing on a bend between Bungendore and... View
Property 22

Anthony Willing - 5 hours ago
Paul Mills the same as every old / wheelchair person in every multi-storey in every city in the world.The fire brigade have s... View
Anthony Briscoe - 5 hours ago
Canberra more and more of this type of development will happen under the Barr Government. Just wait till the tram goes to Wod... View
Paul Mills - 6 hours ago
Becoming a common Canberra vista. View
News 128