Elizabeth Lee has taken the reigns of the Canberra Liberals. Can she lead them to form government for this first time in 23 years? Photo: Michelle Kroll.

When she inherited the leadership of the Canberra Liberals, Elizabeth Lee channelled John Howard’s adage that the party is a “broad church” with a wide range of perspectives.

But no denomination is exempt from reformation.

And after two decades in the political wilderness, it has fallen to the former lawyer to guide the Liberals to government. By the time the 2024 election rolls around, they will have spent 23 years in opposition.

A part of the moderate faction, Ms Lee distinguishes herself from her predecessor with a more socially progressive palette of opinions, including her open support for same-sex marriage during the 2017 plebiscite.

“Before running for the Liberal Party, I sat down and thought about it very deeply,” she said.

“My values are this: everyone should live their life free from the judgement of others provided that they take responsibility for their own actions and they do not harm others. I am a strong believer in individual freedom and individual responsibility.”

She has also spoken publically about her miscarriage before giving birth to her daughter, Mia, last year, as well as the sexual harassment and racism she experienced, both growing up and in politics.

Emigrating to Australia from South Korea at the age of seven, Ms Lee and her family settled in western Sydney, where her parents still continue to work. Growing up with two migrant parents who did not speak English exposed her to a system where under-represented people were instantly put at a disadvantage. 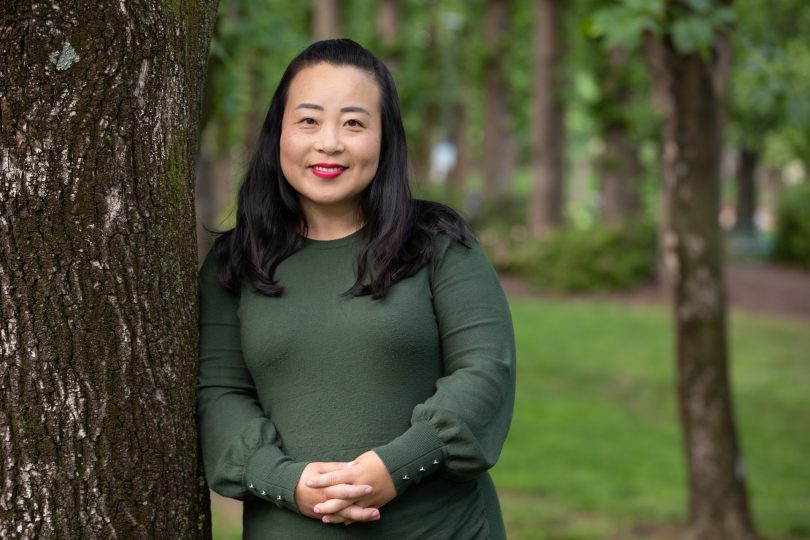 “When you are used to seeing people whose English is not great, not being able to access basic services that they are entitled to, you cannot help but think, what can I do?” she said. “I was translating bank details at seven or eight. I was translating my own report card.

“For too long, Australian politics has seen leadership and representation of supposedly the whole community, but disproportionately, largely by middle-aged white men.

“Our parliaments should reflect the diversity of the broader community as accurately as possible.”

Even on the campaign trail over the last few months, passing comments like “I love your shoes, were they made in China?” – comments she says no anglo candidate would have received – reinforced the homogenous nature of politics in Australia for her.

“It gives you a stark reality check about how different you are from everybody. It is one of the things you do not realise because when you are looking out, I just see Aussie kids, I do not see that I stick out like a sore thumb,” she said, speaking of her time at school in Australia.

“It is when people start talking to you or treating you different that you realise, ‘oh right’, [I’m different].

“It is those subtle moments that each and every time make you realise that you are still not quite accepted in the broader Australian society. When you grow up with that in mind it does give you a different perspective in life and that all goes to shaping my resilience and me as a person now.” 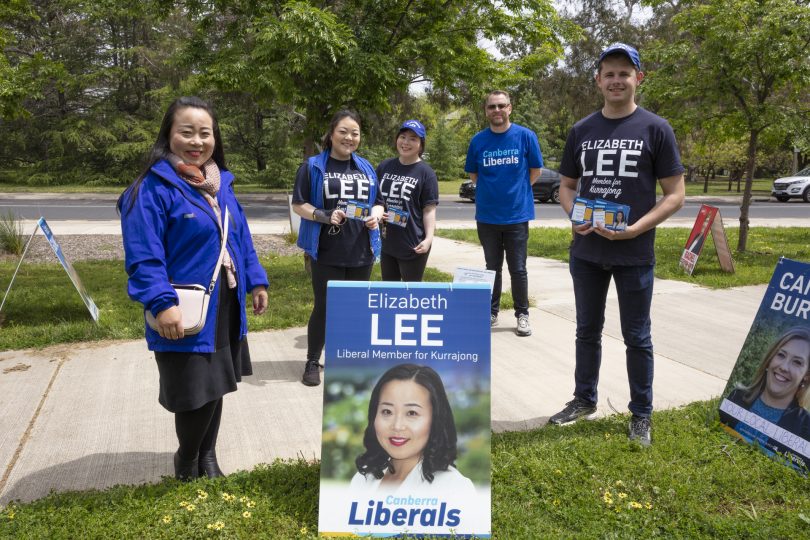 Elizabeth Lee was the only Liberal to be re-elected in Kurrajong. Photo: Thomas Lucraft.

It is what led Ms Lee, the first Asian-Australian leader of a major political party in Australia, to hope that her daughter would look more like her Anglo father to shelter her from the same racism her mother receives.

“As a mother, when you think ‘I would rather my daughter look more like her dad’, that is really sad,” she said.

It is why she decided to leave her job as a lawyer at Meyer Vandenberg and as a law lecturer at ANU and the University of Canberra to pursue politics.

Ms Lee studied law and Asian studies at ANU and worked as a Commonwealth Government solicitor after graduating before practising privately. She then decided to enter politics in 2012 and become the catalyst for change.

But this first attempt at running for the ACT Legislative Assembly was unsuccessful, as was her tilt at the former federal seat of Fraser in north Canberra a year later.

Ms Lee was then elected to the Legislative Assembly in 2016, winning a seat in Kurrajong, and became the country’s first Korean-Australian parliamentarian in the process. She took on the education, environment and disability portfolios in Alistair Coe’s shadow cabinet.

Rightly or wrongly, the Canberra Liberals have been criticised and branded as the party’s most conservative branch, with Labor framing their values and Mr Coe to be at odds with progressive Canberra voters.

In politics, where perception can become reality, Ms Lee admitted that turning the party around will be a hard task, but is adamant it can be done. 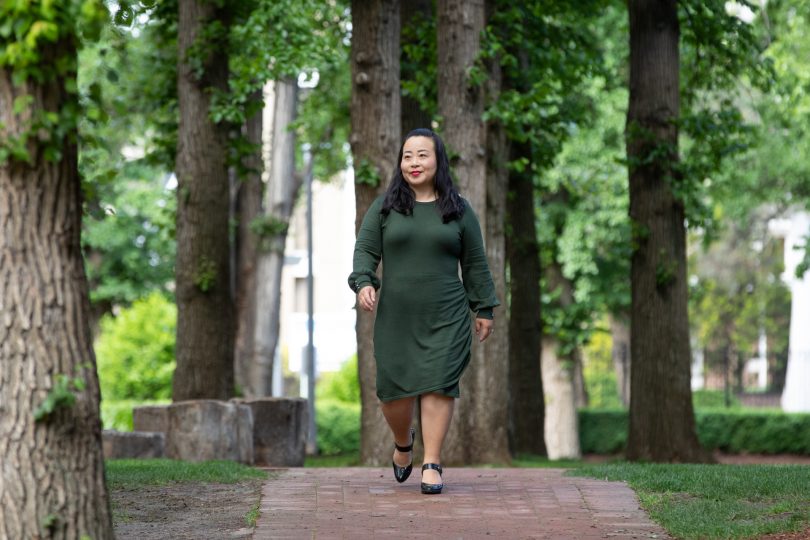 Elizabeth Lee has kept her cards close to her chest about where she wants to take the Liberal party. Photo: Michelle Kroll.

“That perception exists … it is something that I am conscious of but I would like to think that I have been in the public eye long enough and people know where I stand on issues,” she said.

“The Liberal Party is a broad church. We do have a diverse range of views and there is room for those views because we want to be a representative party. Those views exist in our community.

“Society does change and we are a moving feast and we need to be mindful of that. The most important thing that we need to keep in mind is that we need to serve the people of the day and the community must come first.”.

Ms Lee said she would wait to see the findings of the party’s post-election review before outlining how she would seek to reform the party.

“The review will be a very good insight into what happened but there is no doubt that when people are electing community leaders, they want genuineness, openness, transparency and authenticity and that is something we have to keep in mind,” she said.

There is no doubt Ms Lee is trying to be the change she wishes to instil in the society her daughter is growing up in.

Hoping to use her insights and experiences before politics to shape the party, she will first need to heal a fractured party room still reeling from defeat.

She will also need to contend with the conservative faction when deciding the party’s political and policy directions. The Liberal Party may be a broad church but when push comes to shove in 2024, it will need more people than ever in its pews.

its great to see the libs select a more moderate inclusive leader. I wish her luck – especially when the more conservative elements of her party start manoeuvring to regain control. One point I noted was that she had thought deeply about the issue of same sex marriage. not quite sure why one has to think too deeply about giving gay people the same rights as heterosexuals. I wonder if she thought equally long and deeply about women having the same rights as men, or Korean born Australians having the same rights as Australian born Australians? The fact that she even had to consider the issue shows we still have a long way to go (I should note I’m not having a go at her – I think its great that she thought about it and came up with a philosophical position that worked for her, just pointing out that it shouldn’t even be something requiring more than half a seconds thought)

Good luck to her. She can’t be any worse than the last 3 leaders. The party needs to get rid of its religious crackpots & become more progressive.

Embracing identity politics is one way to shift the Liberals left. 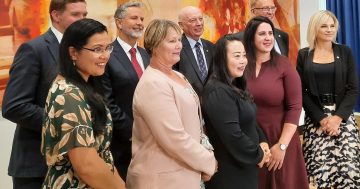