Experts in buying, selling & renting
Your property, your future
14 November 2022 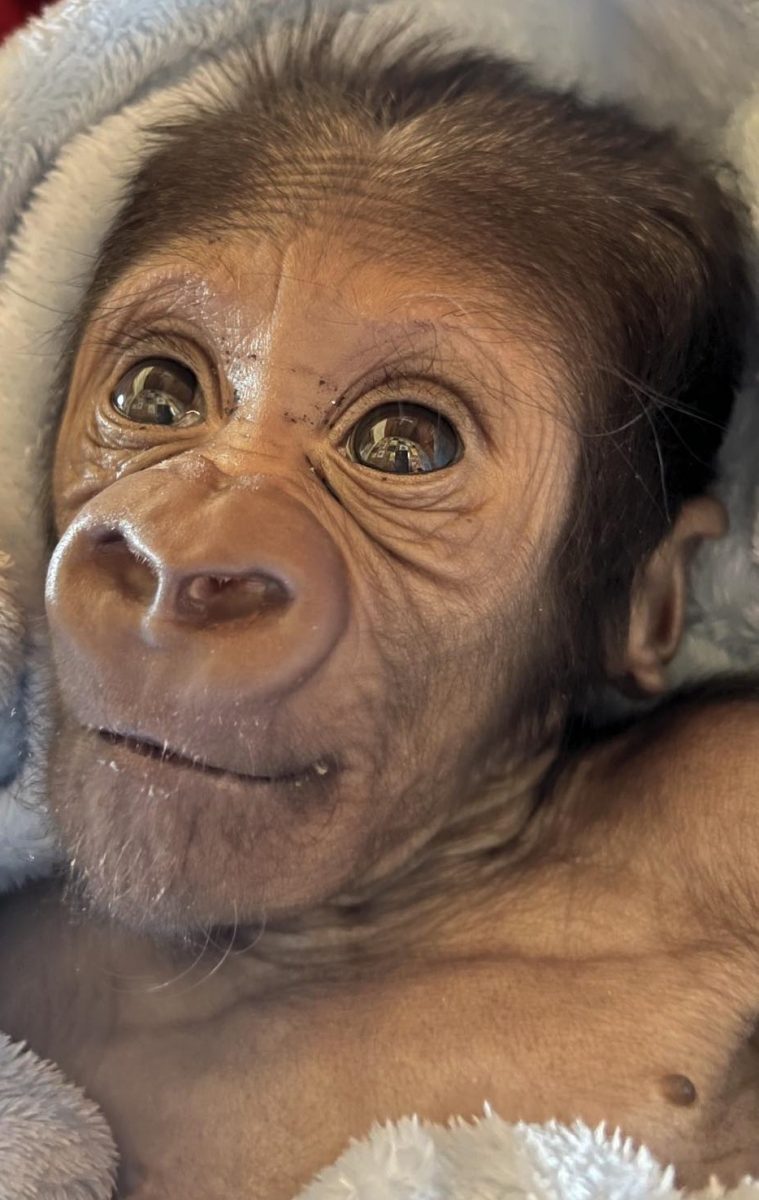 Kaius means ‘rejoice’, which is fitting given his fight for life. Photo: Facebook, Zookeeper Chad.

His name means ‘rejoice’, which is fitting given everything he’s been through.

As the first baby gorilla born to Mogo Wildlife Park’s Kipenzi, Kaius had everyone waiting for his birth with excitement.

But when that day finally arrived, everything changed.

“We didn’t blindly think it would go 100 per cent well because Kipenzi and [father] Kisane are new parents,” zookeeper Chad Staples said.

At first everything did go to plan – Kipenzi cleaned and nurtured her new baby, and he was able to suckle.

However her contractions didn’t continue, which meant Kipenzi didn’t give birth to the placenta and she needed to be prepared for emergency surgery.

Then, about eight hours after the birth, Kisane took the new baby from Kipenzi, which was not the paternal role the zookeepers needed him to perform.

“He was very gentle and caring, very attentive but would not return him,” Chad said.

“We finally managed to get bub away from dad, and I looked after him that night because it was at the same time as his mum’s procedure to remove the placenta.”

But once Kipenzi woke up, she showed no interest in her child.

“She wanted nothing to do with him, maybe it’s because she knew something was wrong,” Chad said. 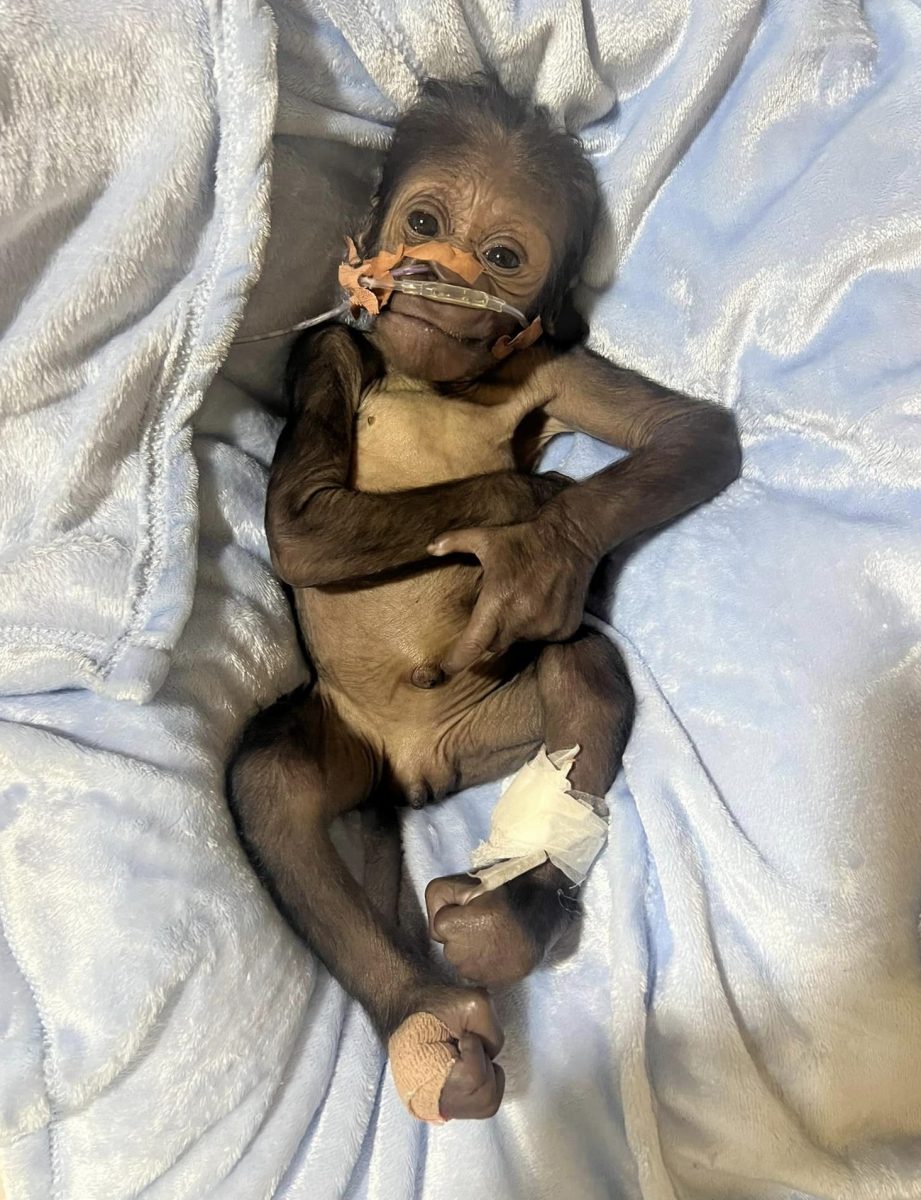 After Kaius was retrieved from his dad, it was discovered he had sepsis pneumonia. Photo: Facebook, Zookeeper Chad.

Baby Kaius was left on bedding material with his family as long as possible, but the decision was made to bring him out again.

It was then the team noticed his colour and demeanour had changed.

“He would have 100 per cent died if he had been with Mum or Dad, because we wouldn’t have been able to get him in time,” Chad said.

It turns out he had contracted sepsis pneumonia, which can also affect human babies, and usually enters the body through the umbilical cord.

Chad said Kisane had chewed off the umbilical cord, which could have introduced bacteria into Kaius’ body.

Luckily, he had been in contact with experts in human birth in the lead-up and was able to call on a team straight away.

“Human doctors are pretty close to gorilla experts,” Chad said. “They just treated him as if he was a human baby.”

When treatment was complete, it was a waiting game to see if the antibiotics would take effect.

“Everyone left thinking he’d die during the night,” Chad said.

“He slept on me all night with that skin to skin contact, and he just kept fighting.”

Over the next few days there were some hairy moments, but the team was able to keep Kaius hydrated and happy as the antibiotics kicked in.

He needed two injections twice a day for seven days, and was hooked up to oxygen and nasal feeding tubes, meaning he couldn’t be put back with his family straight away.

After such a long time apart, the challenge has been trying to reunite the family once more.

Chad has been doing bottle feeds for Kaius beside his parents’ room, and leaving the baby’s bedding behind so they can smell him.

“Unfortunately Mum is not showing much interest at all, but Grandma is and so is Dad,” he said.

The plan is to create spaces for Kaius to escape to and be able to be fed by handlers once he’s strong enough, as Kipenzi would no longer be producing milk to feed her baby.

But if that plan can’t be realised, it’s hoped he can rejoin his family once he’s older.

“This is a long road, this isn’t something that gets fixed tomorrow,” Chad said.

“I don’t know how long I’ll be looking after him for, the family will tell us when the time is right to take those next steps.”

For now Kaius is living with Chad, who hasn’t looked after a baby gorilla before.

But he said his experience as a dad had given him some idea of what to do.

“The only added part is making sure he keeps getting contact with his family so they get the concept that he is part of the group.”

For now “little fighter” Kaius is blossoming into a beautiful boy, putting on weight and starting to discover the world.

Chad credited his progress to the “guardian angels” who stepped from the human world to the gorilla world to lend a hand.

“Once they got over the shock that they’d be working on a gorilla, they really went to work,” he said.

“There’s no way Kaius would be here today if it wasn’t for them.” 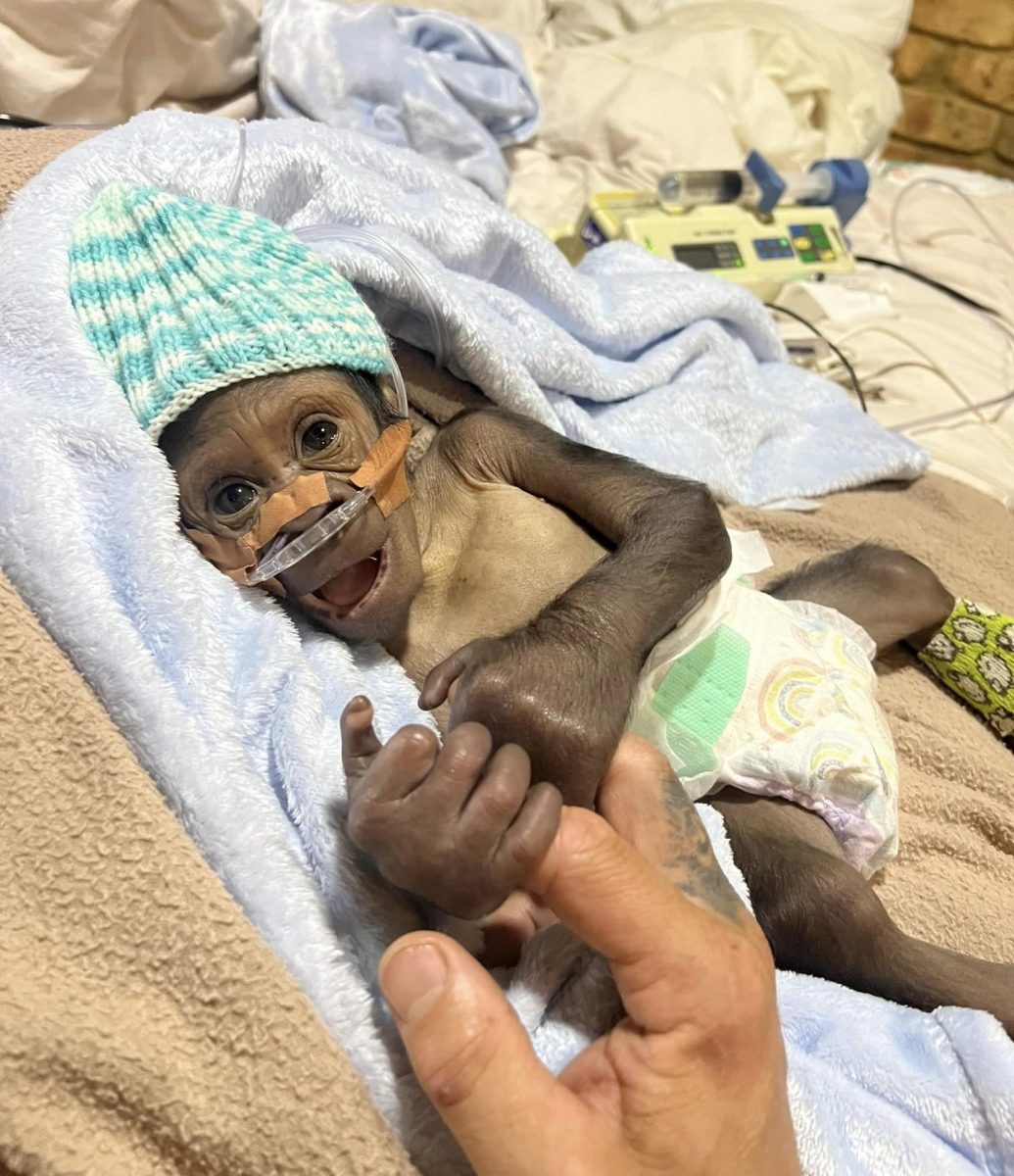 Chad Staples has been caring for Kaius as he grows stronger. Photo: Facebook, Zookeeper Chad.