Experts in buying, selling & renting
Your property, your future
30 April 2019 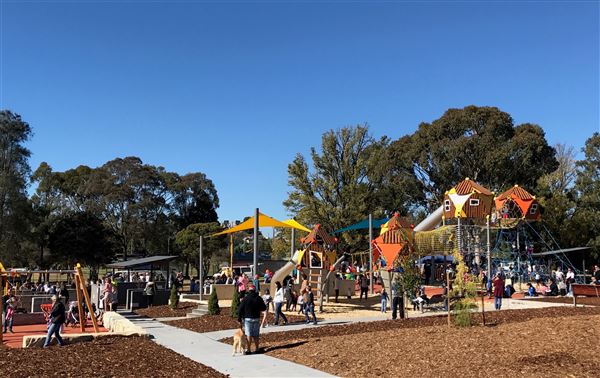 The council is spending an unprecedented $155 million on capital works over four years from 2017-2021. And it will soon ask the community to raise even more money.

Kevin Thomson is Goulburn’s 1994 Citizen of the Year. The Kombi van-driving former alderman animated Victoria Park with a master stroke. He organised with a small committee the first Australia Day celebrations which filled the 18.6-hectare park with 12,500 people. Red-beret parachutists entertained from the skies overhead, as did the Raiderettes on the oval below, and all the villages joined service clubs in hosting stalls under the shady, giant elms.

Bev Thompson has known the park since childhood. “We practically lived in the park as kids, I knew every tree, I climbed every one of them,” she says.

In the 2019/20 financial year, the council will spend $20 million upgrading the Goulburn Aquatic Centre in Victoria Park. Having spent significantly on a new playground there, the council is also enhancing the skate park and establishing a Japanese garden.

The Thompsons live nearby. Kevin says these days, even on cold days, so many families bring their children to the playground and their cars are parked all along Verner Street. He reckons it is wonderful. The new clubhouse at Seiffert Oval is another outstanding addition to the Victoria Park precinct.

“I’ve only seen the plans for the Aquatic Centre, they look impressive,” he says. “The skate park improvements are good too, so long as they don’t overkill it with too much.’’

Bev remembers when an avenue of pines lined the long path through the park from Clifford Street to Deccan Street. She cherishes the park’s wide-open spaces and is nervous too much will be built there. “I just hope they don’t kill the poor old thing,” she says.

A significant amount of money over four years will come from grants. But the council wants more revenue from rates too. In the 2019/20 operational plan, roads will receive $33 million. Another big-ticket item is the $9 million Regional Hockey complex.

“We are halfway through this period and have already delivered the new wastewater treatment plant, the well-loved adventure playground, the upgrade of Nadgigomar Bridge and significant CBD enhancements as examples of works completed,” he says.

The council will soon be asking the Goulburn community for views on the proposed special rate variation to maintain roads, storm water services and footpaths.

The NSW Government has pegged rate increases for many years. Whether this caused Goulburn falling behind, or other factors, the small heritage city has not kept pace with progress, until the arrival in 2014 of general manager Warwick Bennett, who has been busy building ever since.

In the foreword to the new financial year’s plans, Mayor Bob Kirk and Mr Bennett have put an increase in revenue raising on the agenda, saying: “At this time, we have not developed that proposal but we indicate to you that we will be seeking your full and frank input in the next few months if Council is of the opinion to promote such a proposal.”

So Goulburn, over to you – should the council keep the building momentum going? 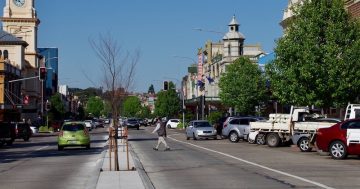