A mother and sole carer to her four young children under 10 is accused of allowing them to live in years of accumulated filth in what a housing officer described as “the worst house of squalor” she had ever seen.

Court documents allege concerns were first raised over the woman, who has been hit with charges of child neglect and animal cruelty, when a Housing ACT worker visited her Canberra rental in September 2021 and saw the outdoor area covered with rubbish and curtains black with mould. She subsequently contacted Child and Youth Protection Services.

More allegations did not arise until January 2022 when plumbers were called to the home over reports of a water leak. As the water had to be shut off, the family was moved into a hotel before more workers arrived to assess the house’s asbestos risk.

When one of these workers went inside, the documents allege he “began gagging due to the smell of rotten food and faeces, and required a second face mask” and saw “a couple of years’ worth of accumulation of filth”.

He alleged the kitchen stove had food caked onto it, the sink was piled high and there was slime on the vinyl. The floor was covered with so much stuff he couldn’t see the carpet. Also, he couldn’t get into some rooms as the mess was so high. While he managed to force one of the bedroom doors open, he saw the bed was covered in clothes and other items were piled up. He claimed he slipped due to slime and water on the floor, and saw a lot of water underneath the house.

He said the house would need $113,000-worth of repairs to fix the problems.

READ ALSO Woman accused of locking toddler outside house with dogs, other children in garage

Two rangers arrived the next month to deal with two barking dogs in the backyard.

They fed the dogs, who ate “like there was no tomorrow”. The rangers alleged no food or water could be seen anywhere for the animals and removed both of them.

When two Housing ACT workers then went inside, one allegedly saw faeces embedded in the floor, a high chair that was so dirty “she would not even put a dog in it let alone a toddler”, clothing piled so high in the laundry it blocked the exit to the backyard, a dirty and stained lounge, bedrooms full of rubbish, dirty mattresses, no bedding or pillows, a stovetop that was so dirty it was black, no cutlery or crockery and grime everywhere.

The other worker has been in frontline services for 20 years and alleged the home was “the worst house of squalor she has ever seen”.

In March, police went to the hotel where the woman was staying and alleged two of the children with her were inadequately clothed. The kids told police they were “freezing” and were visibly dirty.

Police searched her hotel rooms and alleged they were extremely messy, with faeces on every towel, rotten food in the fridge, one toothbrush between five people, both toilets blocked, faeces on the walls in the living area, margarine smeared over the beds, and eggs throughout two rooms that had been cracked open and left.

In the ACT Magistrates Court on Tuesday (10 May), the woman’s lawyer Darryl Perkins said he had made representations to the prosecution and sought a bail variation to delete a condition requiring his client to remain in Canberra.

He said her children were in care outside the Territory, and she had been granted permission to visit them.

Magistrate James Stewart deleted the condition and adjourned the case to later this month for pleas to be entered.

The woman, who cannot be named, faces eight counts of child neglect and six counts of failing to provide appropriate care for an animal.

If you or someone you know needs help, you can contact: 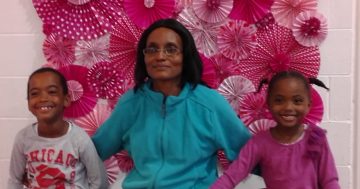