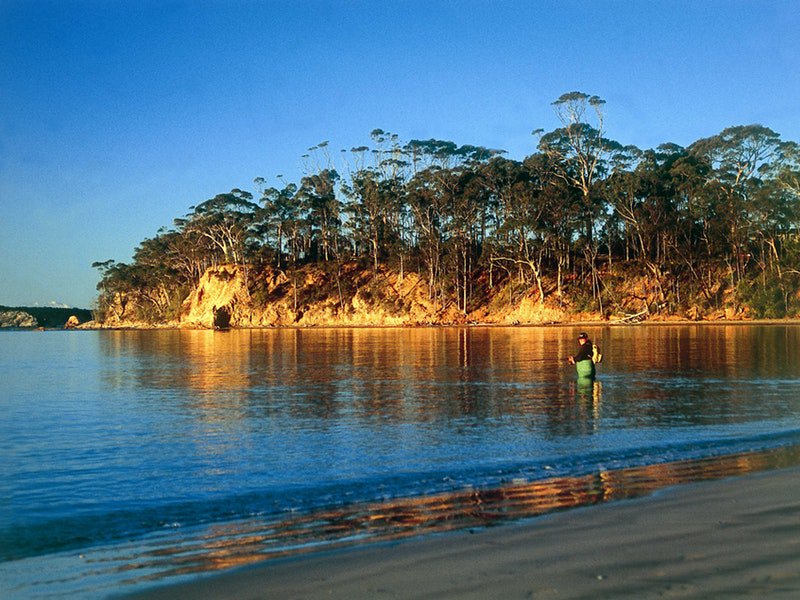 A new management plan for the Batemans Marine Park is being drafted with the NSW Government promising, “the local community and environment will benefit from a new approach to marine management.”

Member for Bega Andrew Constance has welcomed the official start of the project, with the Park’s Advisory Committee meeting this week as the first step in the process.

“A new management plan to replace existing zoning and operational plans is being developed but we want to ensure we consider the social, cultural and economic values of our marine park, as well as its many environmental values,” Mr Constance says.

“It’s the first time we have looked at a marine park through the lens of threats and risks. The Committee will identify values to be conserved by the marine park and the biggest threats to those values.”

New people have been appointed to the 20 member Batemans Marine Park Advisory Committee ahead of the process, filling four vacant positions.

Mr Constance says the role of the committee is to provide a voice for local interests in the initial planning stages, the new members represent aquaculture, recreational fishers, marine conservation, and marine science.

“We will engage with other community members and stakeholders via surveys and workshops to further inform the values, threats, draft management objectives and management actions,” he says.

This approach to developing a new draft management plan is seen as a pilot process that is also taking place within the Solitary Islands Marine Park off Coffs Harbour.

The focus on social, cultural and economic values relates to criticisms that go back to the very formation of the Batemans Marine Park in 2006 under Labor Premier Morris Iemma and subsequently informed the work of the NSW Marine Parks Independent Scientific Audit Panel under new Liberal Premier, Barry O’Farrell in 2011/12.

“Throughout the pilot process, we’ll also draw on information previously collected from the community through the Marine Estate Community Survey (2014) and Statewide Threat and Risk Assessment (2017),” Mr Constance says. 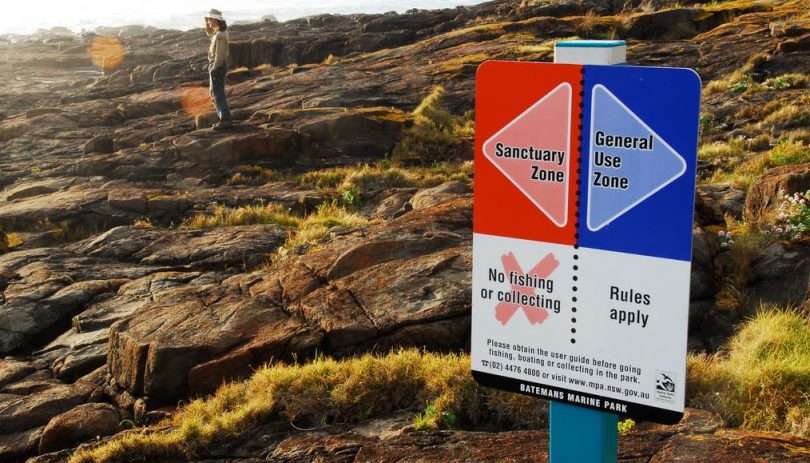 A new management plan is being developed for the Batemans Marine Park, which takes in Brush Island off Bawley Point. Photo: NPWS Flickr

Existing management rules, including zoning arrangements, will be reviewed as part of the development of the new draft management plan, potential changes that follows a relaxing of rules on four ocean beach and headland sites within the park last month.

“Approximately one million people in NSW go out fishing at least once a year. It is a fun activity for the entire family, and supports regional communities,” Dr Allan said at the time.

Dr Allan said those areas would be further considered in developing the new Batemans management plan.

“Zoning is an important part of marine management as it helps us conserve the environment, manage conflicting uses and enhance community enjoyment of our natural resources,” Mr Constance says.

“At the end of the day, we want to ensure that the zones in the marine park are closely linked to the threats and risks to the marine environment but we won’t be making any final decisions without extensive community and stakeholder feedback.

“We are committed to using this pilot to prepare a management plan that has clear objectives and actions that respond to what locals consider to be the priorities for the park,” Mr Constance says.

A draft management plan will be released soon for public consultation over a two month period, where the community will have an opportunity to consider and comment on the plan.

Di Green - 23 minutes ago
I so enjoy these gardens View
Vee Bee - 3 hours ago
We miss it so much :( View
Community 28

Sarah Handley - 31 minutes ago
Meredyth Wendel how will the cygnets cope lol View
nobody - 1 hour ago
Who in their right mind thinks all 10,000 plastic ducks will be recovered? View
JS9 - 3 hours ago
Where does it suggest anywhere they are just going to be left to wander down the river after the race is over? View
News 12

JC - 37 minutes ago
Correct death rate has not been the same as the flu. For one reason and one reason only and that is because we have restricti... View
JC - 43 minutes ago
It’s been standard practice through the pandemic. Rightly or wrongly. View
Maya123 - 57 minutes ago
Twas always the way. I have seen an old death certificate where a long term medical condition was mentioned, but the cause of... View
Opinion 45

yolo2014 - 1 hour ago
No offence to Penrith as it is always a great game playing against them but the reason they have been removed from the Sydney... View
Ben Rabaud - 1 hour ago
Scott Neil, the RSL have been our major sponsor for the last few years. View
Ben Rabaud - 2 hours ago
Jay Annabel, as a (recent) old Emu, I can tell you we've always loved the travel. View
News 18