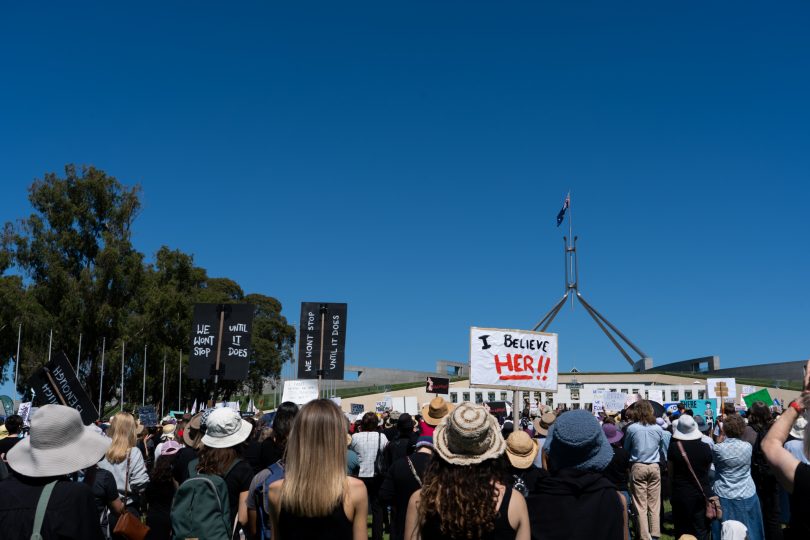 Staff at Parliament House now have access to a new support service if they are the subject of sexual harassment and assault, including an independent complaints mechanism.

The Federal Government has announced the Parliamentary Workplace Support Service (PWSS), part of its response to the Foster Review, launched after Liberal Party staffer Brittany Higgins alleged she was sexually assaulted by a colleague in a Minister’s office at Parliament House.

That matter is now the subject of court proceedings.

The establishment of an independent Parliamentary workplace complaints mechanism was a key recommendation of the Review of the Parliamentary Workplace: Responding to Serious Incidents conducted by the Department of the Prime Minister and Cabinet Deputy Secretary Stephanie Foster.

Finance Minister Simon Birmingham said the PWSS would support staff and Parliamentarians impacted by serious incidents or patterns of behaviour that cause serious harm such as bullying, sexual harassment and sexual assault in the workplace.

But the new service will not be able to receive historical complaints about incidents that may have occurred before the start of this Parliamentary term.

Mr Birmingham said the PWSS would be able to review complaints made about serious Parliamentary workplace incidents which are alleged to have occurred since the start of this Parliamentary term and will be overseen by Parliamentary Service Commissioner Peter Woolcott to ensure its independence and confidentiality.

“Every single Australian has a right to feel and to be safe in their workplace, and our national Parliament should set an example and reflect best practice in the prevention and handling of bullying, sexual harassment and sexual assault,” Mr Birmingham said.

“The Government and Opposition have confirmed their bipartisan support for the new PWSS by finalising a new resolution that will be put to both Houses of Parliament at the next sitting to help ensure it can deliver the full accountability recommended by the Foster Review.”

Mr Birmingham said the new service added to work already completed to establish an independent, confidential, trauma-informed parliamentary support line and the rollout this week of workplace safety and respect training for staff and parliamentarians.

“These measures were immediate priorities the Foster Review recommended be implemented ahead of the completion of the Independent Review of Commonwealth Parliamentary Workplaces being undertaken by Sex Discrimination Commissioner Kate Jenkins,” he said.

More information on the PWSS can be found at the Parliamentary Workplace Support Service.