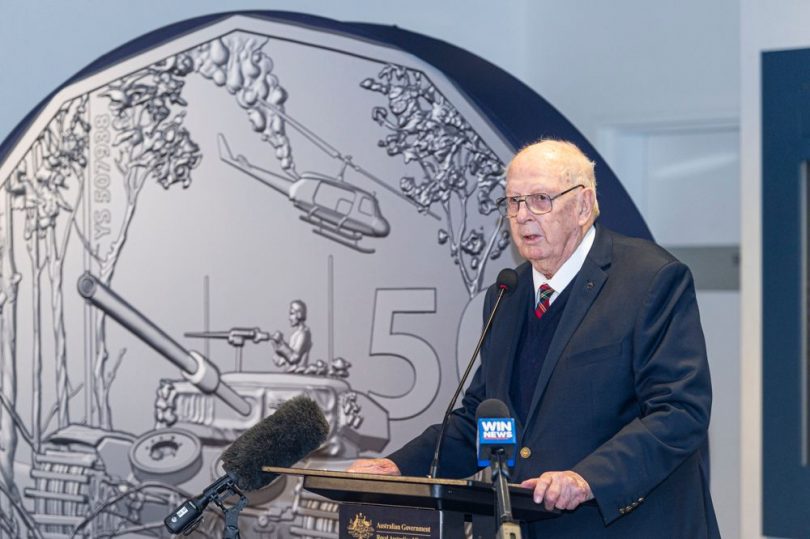 To mark 50 years since Australia’s withdrawal from Vietnam, a commemorative coin has been released to tell the story of one of the last battles of the conflict.

The Battle of Long Khanh occurred between June 6 and 7, 1971, with neither side securing a decisive victory.

Depicted on the coin are three elements central to the battle and indeed the entire conflict – a Centurion tank, an Australian soldier manning it and the deep Vietnam jungle. 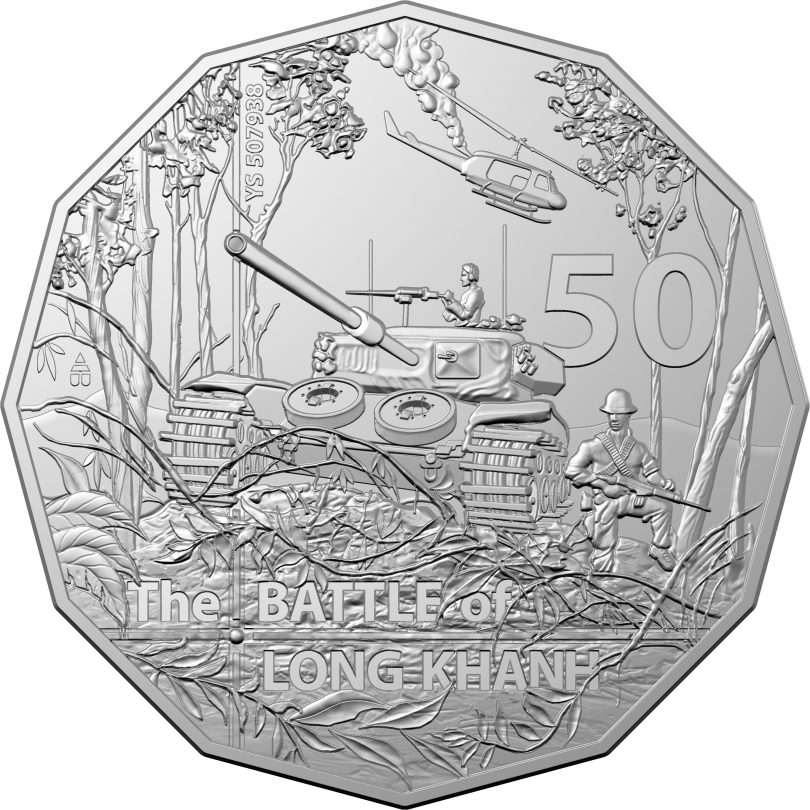 The Royal Australian Mint developed the coin in conjunction with members of the 3rd Battalion, Royal Australian Regiment (3RAR) in order to pay tribute to these soldiers who took part in one of the most intense operations of the war – Operation Overlord.

Taking place after Australia had already made the decision to withdraw from Vietnam, the battle saw three soldiers killed and another 10 wounded.

Lieutenant Colonel Peter Scott was the Commanding Officer of 3RAR during the Battle of Long Khanh and says he and his troops quickly realised this was ‘fair dinkum’.

“Within a week of arriving in Vietnam, we lost two soldiers from an attack on one of the companies which was a tremendous shock to everybody to realise that you could be shot at and killed,” he said.

He remembers the battle vividly, saying the epitome of an army officer’s career is to command an infantry battalion of operations overseas.

His regiment’s task was to find a specific Viet Cong battalion and drive them into designated positions as part of Operation Overlord.

What followed was an intense eight hours of fighting during which an Australian Iroquois helicopter was shot down by heavy fire from the ground.

“It was thick jungle and we advanced very slowly through it,” he said.

Although the VC bunker system was captured, the Australians sustained casualties and the loss of a helicopter.

Lieutentant Colonel Scott says it’s important that the living veterans of the battle are able to have a physical reminder of the war and something commemorative like the coin to pass onto their own families.

“I was very proud of every soldier in the battle, particularly my soldiers in 3RAR and the comradeship that’s established overseas is really something that no-one else can understand,” he said,

Royal Australian Mint CEO Leigh Gordon said the release of this special commemorative coin is a symbol of the service and achievement of the 3RAR during the significant battle.

“In keeping with previous military coin releases, this anniversary presents an opportune moment to acknowledge the brave troops.

“The intricate design of this coin beautifully captures aspects of the Battle of Long Khanh, recognising those who fought in the battle and keeping alive the memory of those whose lives were lost,” he said.

If this story has raised any issues for you, Open Arms provides free and confidential counselling to anyone who has served at least one day in the ADF, and their families. For support, call 1800 011 046.