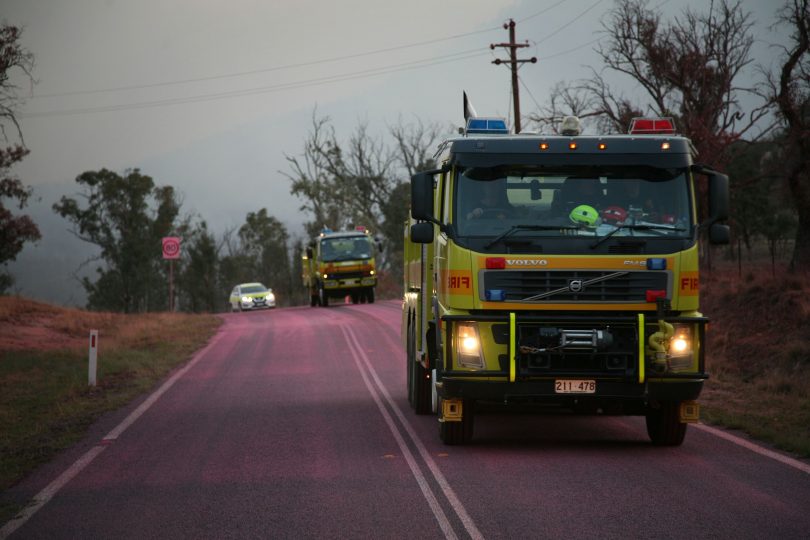 ACT fire fighting vehicles cross a line of pink fire retardant as they enter the village of Tharwa on the evening of 1 February 2020. Photo: ACT Emergency Services Agency.

Almost 15 months after firefighters took industrial action when they failed to reach a pay deal with the ACT Government, a new enterprise bargaining agreement (EBA) has received almost unanimous support from union members.

Over the next four years under the agreement, ACT Fire and Rescue (ACTFR) will receive an extra 99 firefighters, 84 of whom will be on the frontline, including 36 in the coming financial year.

New equipment, training and wellbeing initiatives are also included in the new EBA, estimated by the ACT United Firefighters Union (ACT UFU) to cost around $45 million over the life of the EBA.

Mr McConville said the agreement reached “Don Bradman-like statistics in EBA” after 99.4 per cent of members voted in favour of the new measures.

Firefighters had previously rejected a package in late 2018 that would have stripped away key conditions of employment in exchange for a 10 per cent pay rise, which the union said should have been invested in safety instead. 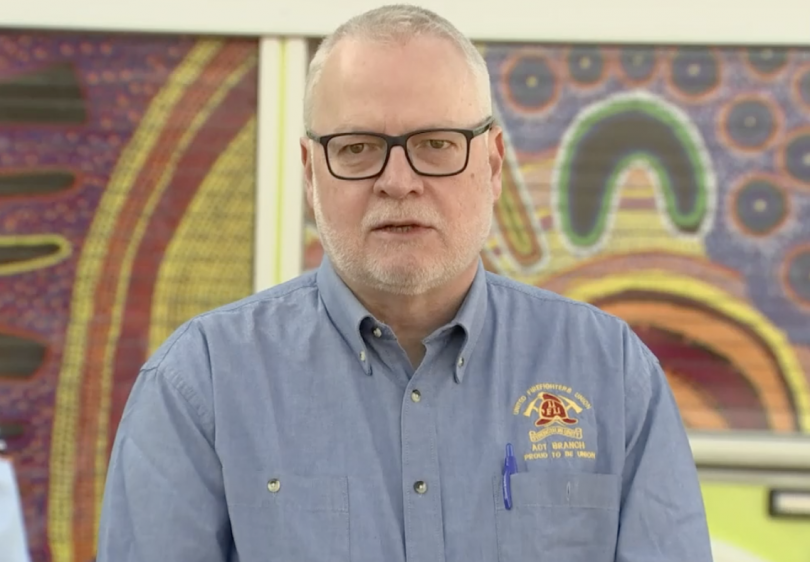 “It was a struggle at times. We went a very long time without an EBA, and our members took industrial action … but today marks a historic agreement,” Mr McConville said.

He added that the extra firefighters will help alleviate the unacceptable toll on firefighter’s physical and mental health that extended overtime only exacerbates and which results in high rates of PTSD among emergency services personnel.

“[The job] takes a deep personal toll on firefighters and many of them end up broken. We have members who are not able to return to work because of what they have endured in the course of their duties.

“[The EBA] will include the ability to undergo [mental health] screening with a practitioner of their choice and to be supported by peer support firefighters, organised by firefighters for firefighters.”

Firefighters will also be able to access medical practitioners of their choice to screen for common illnesses suffered in the line of duty, including 12 cancers that are “presumed” to have developed through their work.

“Presumption legislation is very good but we would prefer our members not avail themselves of that compensation,” Mr McConville said. 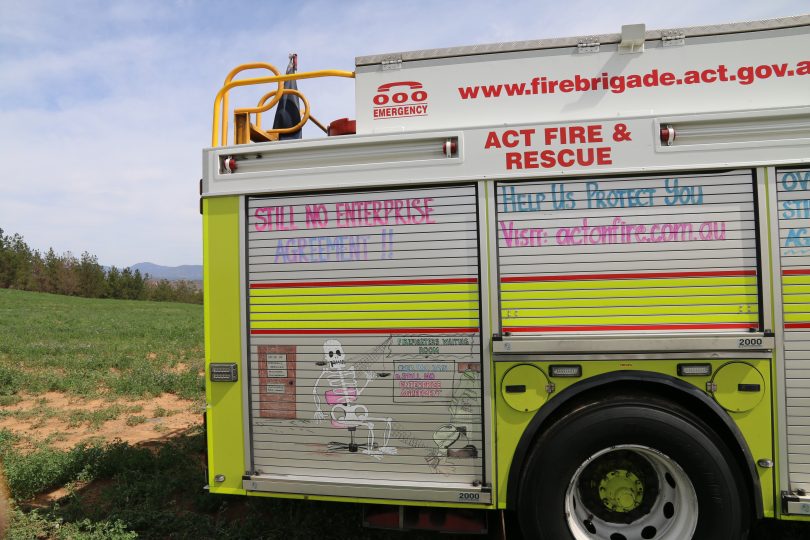 An ACT firefighting truck in March 2020, hounding the Government for a new EBA. Photo: Dominic Giannini.

Fitness trainers will also be available for firefighters to help build resilience and resistance to injury and fatigue.

The increased focus on fitness and wellbeing follows a Canadian model that aims to lower workers compensation premiums.

“This is five years of work,” she said. “It is a very good day for us but we also have a lot of work ahead of us.

“The new enterprise agreement is focused on building a modernised fire service, meeting the needs of firefighters, revitalised allowance, skills and training incentives and staffing arrangements during the bushfire season.”

Plans are also underway to build new emergency services stations in the city and in Molonglo that will house ambulance and ACTFR staff.

Croissant Henderson - 24 minutes ago
Love means nothing to tennis people. View
Jennifer Manson - 3 hours ago
Many people do not find it entertaining at all, but rather boring, so it's good to see some fun. View
Kate Olivieri - 4 hours ago
1. Damn, so many haters 2. You forgot Liam Broady complaining too 3. Aus Open should be so happy these guys are drawing crowd... View
Food & Wine 38

Aditi Verma - 1 hour ago
This is the lunch place in Dickson with the amazing pasta I was telling you about Akshata Giri 😭 View
Clare Lee Gerhardt - 2 hours ago
What!! I love your coffees! View
News 24

Sarah Kristine - 2 hours ago
Or perhaps, suburbia doesn’t belong here View
Shaun Rivera - 3 hours ago
Zoe Lewer yep if we all lived in humpys that would solve the problems View
Peter Rudd - 3 hours ago
Deciduous trees make sense, shade in summer, light in winter. Of course we must keep gum trees for wildlife and ecosystem but... View
News 190

Deimeon Spilka - 4 hours ago
The amount of people who thought everyone was just speeding on purpose is staggering! I'm one of the people who got a fine in... View
Bob Foster - 5 hours ago
Infringements are 100% vehicle operators decision! View
Terri Lee Gill - 6 hours ago
Get over it you have had ample warnings and if you can’t control the pedal under your foot to abide by the law not only in... View
Community 4