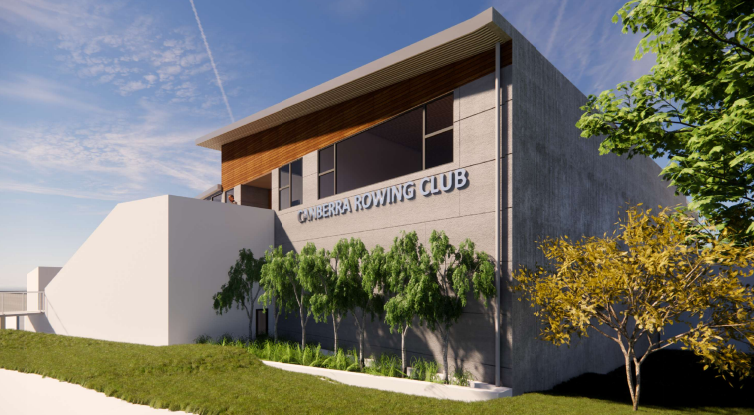 Canberra Rowing Club has been given the green light for its planned boat shed development by Lake Burley Griffin but not before Scouts ACT raised a number of concerns during the consultation period.

The club lodged a works application to replace its ageing premises at Yarralumla Bay with a new two-storey building that will not only provide boat storage but club facilities for social activities and off-water training.

It said approval would also open the way to Commonwealth and Territory Government grants and other sponsorship to pay for the project.

Established in 1964, the club has operated from its current boatshed at Yarralumla Bay since 1972 with the last work being an expansion of the one-storey brick building in 1986.

It says the present facilities are limiting its ability to cater for its members and its performance as a competitive rowing club.

The proposal drew support from Canberra Grammar School, Rowing Australia and Rowing ACT but it raised a number of red flags from the neighbouring Sea Scouts building.

The Scouts said drainage at the front of all buildings in the area was a critical issue and the club needed to consider and deal with the changes in level and overland stormwater flow that will be caused by the development.

They were also concerned about the development damming their site and water pooling, as well as being worried about the roof drainage, especially at the junction with the Scout Hall, and the potential for flooding. 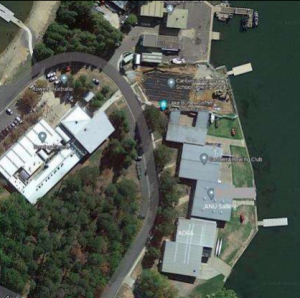 The club is one of several on the lake shore.

The Scouts were also concerned about the potential effect on future development of their site and possible damage from the demolition of the existing boatshed and construction of the new one.

The common wall with the boatshed prompted concern from the Scouts about implications for the ongoing structural integrity of the Scout Hall during and after construction.

The Scouts wanted more detail on the proposed modifications to their building, including a CRC offer to install skylights to the roof to compensate for the potential light loss from the new building.

They also said they would prefer that the foreshore space of the ANU Sailing Club, CRC and Scouts be re-graded to a suitable slope and to a level that integrates smoothly with the Grammar and ADFA foreshore areas at each end with a concrete finish, but the NCA said there were no changes planned to the foreshore and that access would remain the same.

The Scouts also had concerns about a need for more parking if CRC attracted new members, but the NCA said the intensity of activity was not expected to increase because membership is primarily determined by available racking space which will not change.

Another view of the proposed design.

The NCA said the club had plans to deal with the drainage issues and Transport Canberra and City Services (TCCS) had backed its approach but identified a number of specific requirements that will need to be met during the detailed building application stage.

It said final TCCS approval would be required and drainage and other construction and design issues would also be managed under Building Code requirements at the building application stage.

A driveway floated for the Scouts has been removed from the design.

Canberra Grammar and Rowing ACT said the new facility would be a significant asset to the ACT rowing community and improve the look and atmosphere of the Yarralumla Bay Area.

The NCA concluded that the proposal was not inconsistent with the National Capital Plan or the Lake Burley Griffin and Foreshores Precinct Code.

Scouts ACT supports the proposed development and engaged in public consultation to table some reasonable points that should be considered.

The poor Sea Scouts were trampled on by the huge Grammar redevelopment (other neighbour) and have unresolved damage, drainage and access issues to this day. They have just cause to be concerned that things are done correctly from the start.

Scouts ACT supports the proposed development and engaged in public consultation to table some reasonable points that should be considered. Jackie Stenhouse, President, Scouts ACT.