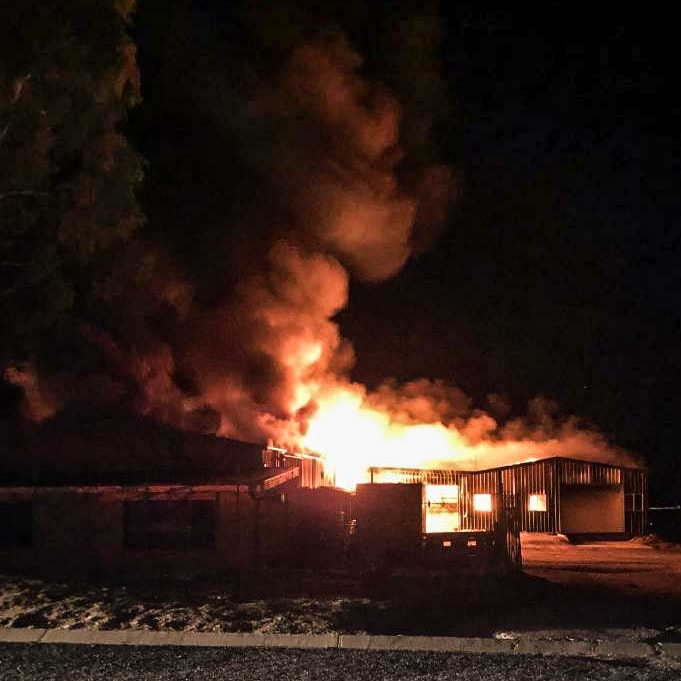 A fire in a commercial laundromat in Jindabyne burned through most of Saturday night. Photo: Supplied.

A fire that burned through most of Saturday night has destroyed a longstanding Jindabyne business, Leesville Laundromat, which services many of the region’s tourist providers. Despite the setback, the owners say it will be business as usual this week.

In a post on social media, owner Kylee Old says, “We have outsourced the laundering of your linen to another laundry and for hire customers, we are trying to find another large laundry in either Canberra or Sydney that we can hire linen from to keep supplying your hire linen needs.”

The cause of the fire is as yet unknown. 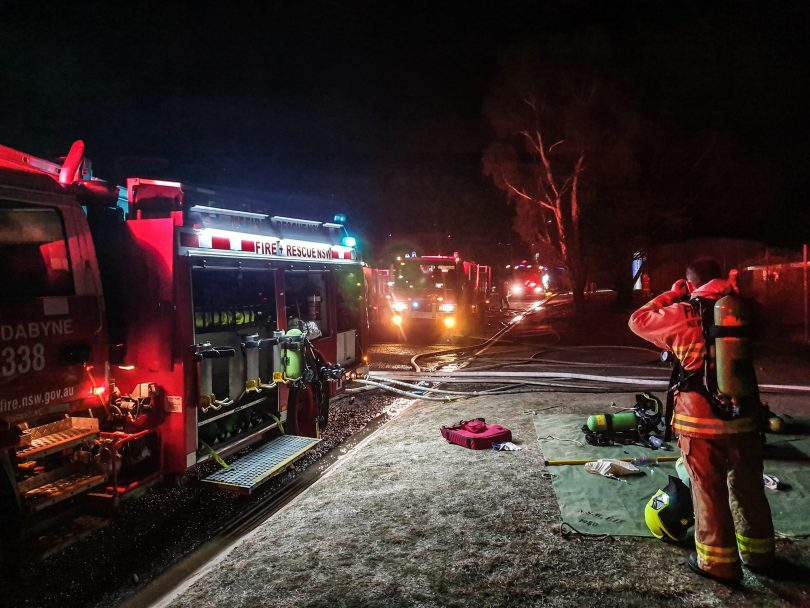 Crews worked through the night to contain the fire. Photo: Supplied.

NSW Fire and Rescue out of Jindabyne and Cooma along with Rural Fire Service brigades battled the blaze, which was first reported at around 9 pm on Saturday night.

“We were on scene for most of the night working hard to contain a fire,” a statement from Fire and Rescue NSW Jindabyne says.

“Fortunately, no one was injured and the damage was contained to the single property.”

Also attending were Cooma Fire and Rescue, the Monaro Rural Fire Service, the Monaro Police and an ambulance crew.

Snowy-Monaro Rural Fire Service Duty Officer, Jim Puniard, says, “there was some concern about industrial cleaning chemicals and gas bottles in the building.”

“Because the building was so thoroughly destroyed, it will be difficult to determine the cause of the fire. 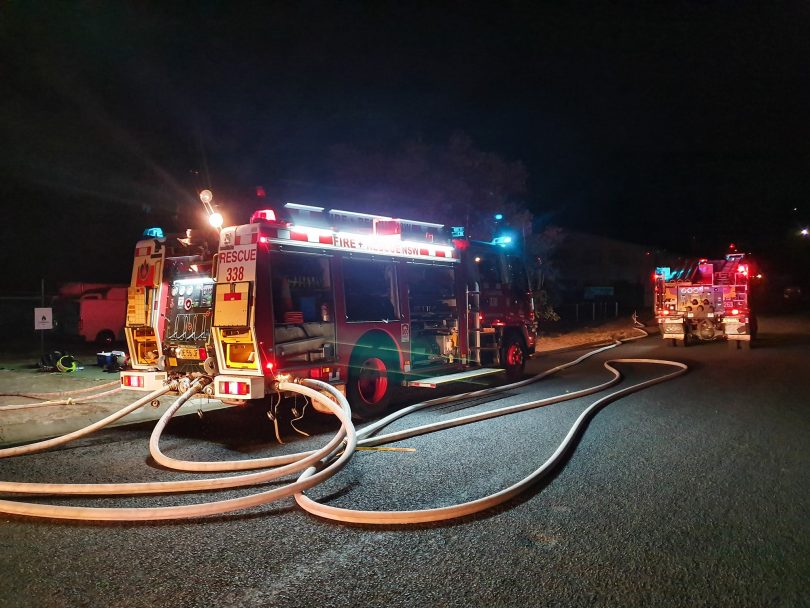 A Laundromat was destroyed in Saturday’s fire, despite crews working all night to contain the blaze. Photo: Supplied.

“Police are looking into it now but it could take a long time because of the extent of the damage,” Mr Puniard explains.

Crews initially were on-site until 12:30 am but were called back at 3 am after the fire reignited.

“It’s not uncommon in a structural fire like that and in fact, it reignited again at about 5 am but Fire and Rescue dealt with that one,” Mr Puniard says.

“It happens because, with the extent of a fire like that, we don’t send anyone inside the building, we stay outside and keep our firefighters safe but it means internal fires can be hard to put out.” 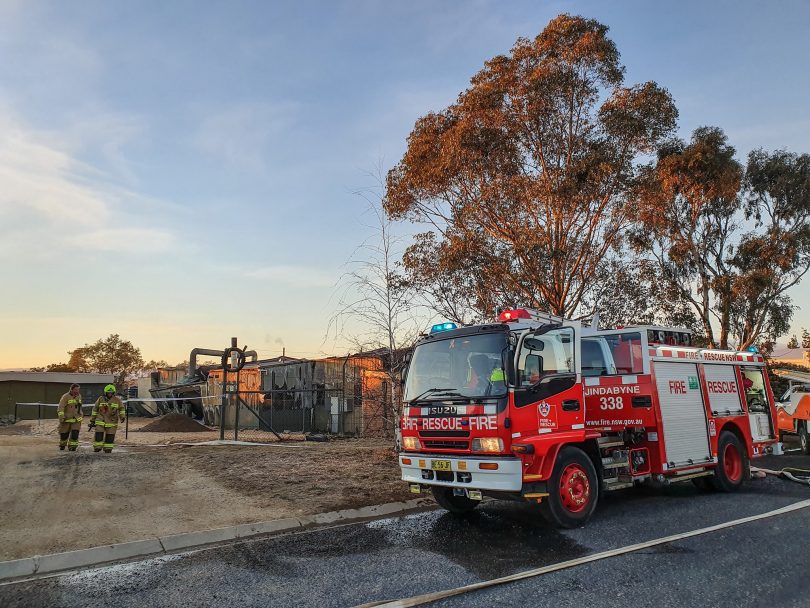 The destroyed Leesville Laundromat serviced many of the resorts in the Snowy-Monaro region. Photo: Supplied.

For the Old family, it will likely be a hectic few months as they gallantly continue to serve their customers without the infrastructure to back them up.

“To see your business go up in flames, it’s very daunting and upsetting,” owner Brian Old told the ABC this morning.

The future of Leesville Laundromat, established in 1988, is uncertain after the fire.

Kylee Old says her family plans to continue outsourcing their customer’s laundry and doing what they can to keep their customers happy until the end of winter 2019 and then they will reassess.