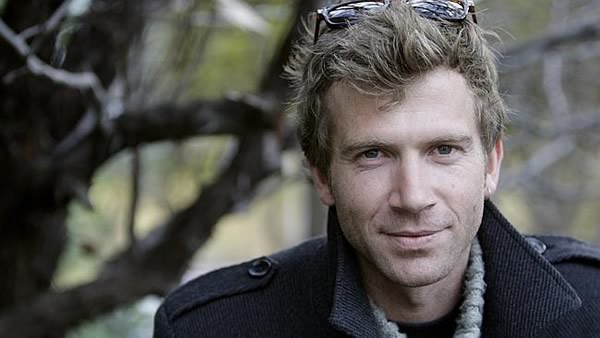 Owen Campbell, who started strumming a guitar when he was 9 years old, is one of Australia’s most talented slide guitar players and songwriters. With his gravelly blend of blues, roots, soul & country – and a striking voice that will grab your attention – Owen sings it sweet and plays it dirty.

“Possibly one of the best performers to come out of Australia in quite some time, amazing lap steel slide guitar and a song writing ability that belies his years”
Argus News, Ireland

“Owen is an incredibly gifted singer and songwriter and is probably one of the best slide guitarists in the country.”
Dr Benjamin Thomas Jones, Independent Australia

“Sunshine Road” peaked at #1 on the overall iTunes charts in 2012 and spawned 7 top 10 singles on the iTunes Blues charts. The recently released album “The Pilgrim” has also reached the #1 spot on the Australian, New Zealand and Canadian iTunes blues charts, with both CDs still charting high on iTunes.

Recently signed by US label Reckless Grace, Owen wrapped up his US tour in September at the famous Viper Room on Sunset Boulevard.

Now Owen’s back home, be sure to catch him with his band – Kay Chinneri on drums and Alec Coulson on bass – this Friday night at Blues, Roots & Central, Harmonie German Club – 8pm FREE ENTRY.

Owen Campbell was brilliant last night at the Harmonie German Club! Stepping in at the last minute due to USA band Harper & Midwest Kind cancelling their Australian tour; Owen had the audience in the palm of his hand from the first song till the very last note of his closing tune ‘Glory Boy’. Thanks for a great night Owen!

Amy Nelson - 3 minutes ago
Sashika Mendis we loved living there. Now living in Melbourne, a “most liveable city”, we question why more people don’... View
Sashika Mendis - 1 hour ago
People have found the Canberra gem and there’s been a lot of interstate moves lately. Good for them. Canberra is the best! View
Elizabeth Ann Thurbon - 1 hour ago
Kate Bee I don’t know the figures on that sorry View
News 1

chewy14 - 1 hour ago
I think it's unfair that people who work more years than I do, in jobs that pay more than mine does, end up having more money... View
Opinion 66

Brad Kelly - 12 hours ago
Seriously if they all go the Canberra raiders have depth... yes they will not win a GF and that’s ok 😮 it’s a game ...... View
Maree Hillery - 14 hours ago
Richard Willcoxson pretty soft. Where's their loyalty. View
News 11

Marc Edwards - 13 hours ago
Maybe the Berra Party View
Paul Leins - 13 hours ago
Sure, just bet a former liberal will be a real check to his mates in the liberal party 🙄 View
Michael Ilsley - 13 hours ago
Glad to see him engaged in the community after the tragic loss of his son. View
What's On 1

Rachael Lizars - 14 hours ago
Aaron I’m working so you’re up. It’s been a nice 13-ish year run for you 😋 View
Business 3

Ian Lindgren - 15 hours ago
These comments by the The ACT Minister for Industrial Relations and Workplace Safety Mick Gentleman mean that it’s time all... View
show more show less
*Results are based on activity within last 7 days

A huge family home in Florey has sold at auction for $1.6 million, setting a record for the Belconnen suburb....
Opinion 74

When I was a child, my family went to church every Sunday. We would have been outsiders if we didn't....
Opinion 74

@The_RiotACT @The_RiotACT
A 26-year-old from Denman Prospect blew a kiss to a supporter via video link as he was granted bail after being accused of operating in the high end of the drug distribution network https://t.co/6Ihdl3o677 (52 minutes ago)

@The_RiotACT @The_RiotACT
Families are looking to more affordable areas such as Wanniassa, which is pushing prices sky high. This home set a new record for the suburb when it sold on 5 May https://t.co/gtwRTTFPKe (1 hour ago)

@The_RiotACT @The_RiotACT
The Canberra Hospital Expansion project start is within sight. Will it deliver the goods, and on time? https://t.co/VlDl3D7QxQ (3 hours ago)