Paving the way to the NSW Election 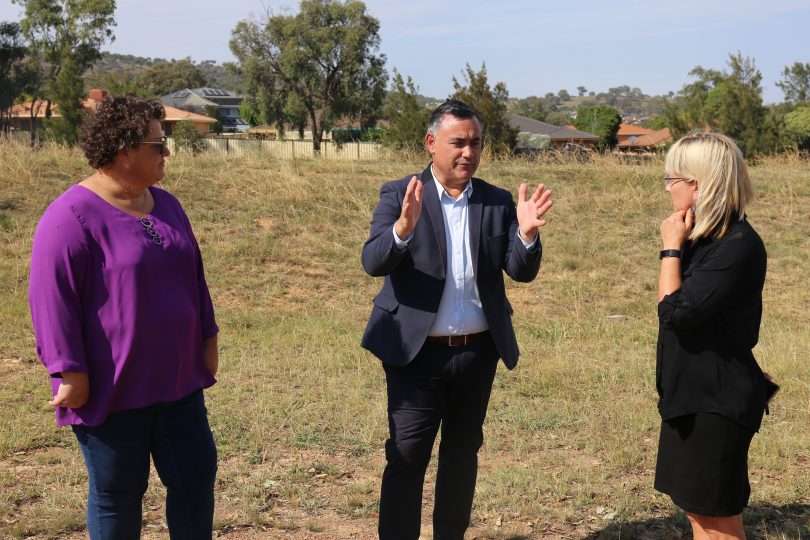 With the NSW State Election on 23 March approaching fast, policy and funding announcements have been rolling in for the south east region.

Deputy Premier and Member for Monaro John Barilaro said upgrades to regional roads are a priority for the Liberals and Nationals, with over $540 million allocated to the Government’s Fixing Country Roads fund. Over the weekend $27 million was announced to kick start the much-needed Dunns Creek Road project at Queanbeyan and another $10 million for the Captains Flat Road.

Announcing the project funding in Jerrabomberra on Sunday (17 February), Mr Barilaro said the Dunns Creek Road will complete the road network for the entire Queanbeyan region.

“Dunns Creek Road will be a brand new road to connect Googong with the Monaro Highway at Hume and Tuggeranong, providing residents with a direct link between the two,” Mr Barilaro said.

“Dunns Creek Road will take traffic out of Jerrabomberra while making it easier for drivers to get out of Googong,” he said.

“After 40 years of discussion, work has started on the Ellerton Drive Extension; NSW Government funding brought forward the duplication of Old Cooma Road, with work well underway on the project; and our community is benefitting from the major investments made in the Kings Highway.”

NSW Labor has also committed to assisting local councils to clear their regional road maintenance backlog by investing an additional $900 million in regional and rural roads – almost double the existing $500m for the Fixing Regional Roads program – and bringing the total investment to $1.4 billion.

Country Labor candidate for Monaro, Bryce Wilson applauded the announcement saying “These funds will help get roads throughout the Queanbeyan, Palerang, and the Snowy Monaro area back to an acceptable standard.”

“The Liberals and Nationals have been busy focused on Stadiums in Sydney,” said Mr Wilson. “I’m listening to local needs and councilors have made it clear to me that additional funding is seriously needed for our rural roads.”

Mr Wilson told Region Media that the Dunns Creek Road project “has never been fully costed by council, but at around $120m for the project, just $27 million is disappointing.”

Mr Wilson also noted that there was no timeline for construction in the announcement. 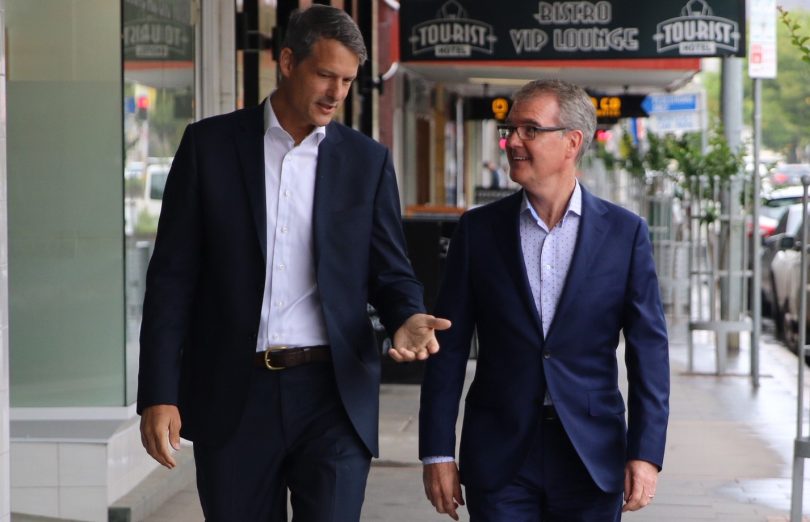 On Saturday (16 February), Mr Barilaro hosted a community BBQ in Captains Flat, where he announced a re-elected Liberals and Nationals Government the $10m for safety upgrades on Captains Flat Road.

“QPRC have identified Captains Flat Road as a priority road for significant upgrades, and the commitment from John Barilaro to upgrade this vital road is fantastic for Queanbeyan-Palerang,” Mr Overall said.

Local resident and QPRC Councillor Trevor Hicks said “Pretty much every resident uses Captains Flat Road, so a $10 million upgrade will really make a difference to every road user. 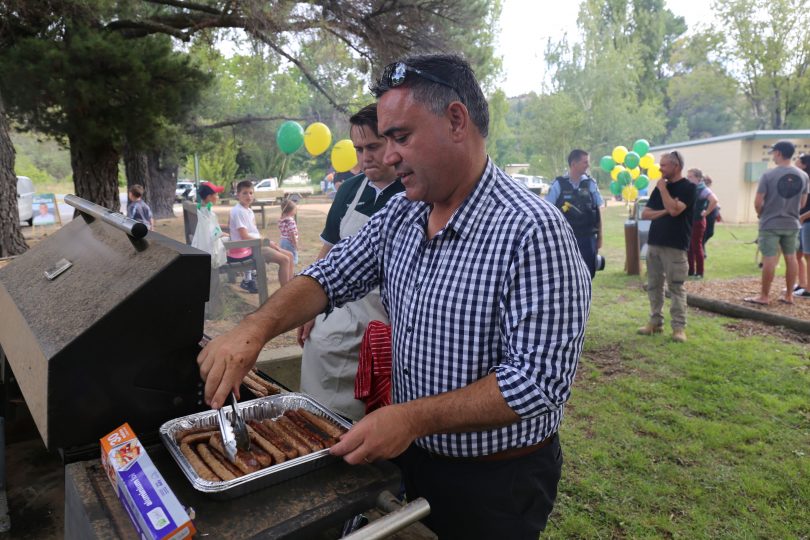 Deputy Premier and Member for Monaro John Barilaro serving up the snags at the Captains Flat Community barbeque.

Cr Marshall said, “If this is an election promise conditional on his re-election and the re-election of the LNP Government, I hope it is more solid than his commitment to oppose forced council mergers.”

“QPRC Mayor Tim Overall and Councillor Trevor Hicks both voted against seeking this funding just a few months ago, and we have Councillor Kenrick Winchester to thank for putting it on the agenda” he added.

The announcement comes as the NRMA revealed that the local roads infrastructure backlog has soared almost 30 per cent since 2014-15.

The NRMA’s Funding Local Roads report, released last week in conjunction with the launch of its Rate Your Road election survey, found NSW Councils had reported a $2.2 billion backlog in funding required to maintain roads to a safe standard.

The overwhelming majority of the backlog ($1.7 billion) fell to regional councils. The $2.2 billion statewide backlog represents an almost 15 per cent increase on the previous year’s results.

In October, the independent Auditor General report found just 17.2 per cent of this fund was being allocated to regional areas last financial year.

A record 21,000 surveys have now been completed and the NRMA is again calling on Members of the community to have their say, with the survey open till Sunday 24 February.

The record-breaking survey is accessible via the myNRMA App for Members and on rateyourroad.com.au.

Boweavil Kat - 27 minutes ago
From what I can see, they don’t do anything anymore while treating those that need the service like criminals trying to con... View
News 8