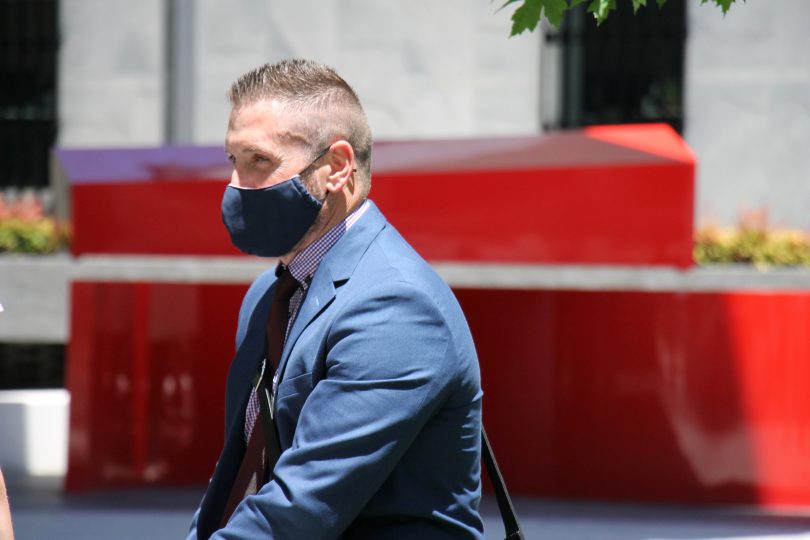 A NSW Police officer is on trial, accused of lying during the legal proceedings against a fake rape claim made by a woman who is now his wife.

“This is not about innocent little white lies; it’s about the exact opposite.”

The court heard Mr White met Sarah-Jane Parkinson at Queanbeyan Police Station, where he had worked since 2010, after she started an administration role there in 2012. They eventually began dating.

Mr Williamson said he expected the jury would hear Parkinson had faced a hearing in the ACT Magistrates Court in July 2015 accused of making fake allegations of rape and assault against her former partner, a prison guard.

After she made the fake rape complaint to police, the court heard that her former partner had been arrested, was refused bail, and spent a period of time locked up in Goulburn’s jail.

But Mr Williamson said this new trial was not a re-hearing of Parkinson’s guilt. She had pleaded guilty to making a false accusation, was sentenced and served time behind bars in the Alexander Maconochie Centre.

He said he expected the jury would hear Mr White had been called as a witness during her 2015 hearing, where he was asked whether he had talked with her about the statement she had given to police as well as the statement he gave police.

Mr Williamson alleged the answers he gave given were clear: “no, he didn’t.”

But he alleged Mr White did discuss the details of the case with her and what was to go into his witness statement.

The court heard texts sent between the pair would be used as evidence.

Mr Williamson also said the second allegation against Mr White related to an “aspect of her false rape complaint”.

He said Parkinson had said the alleged rapist used a condom and left its wrapper behind.

Mr Williamson said during the hearing when Mr White had been asked whether he and she used condoms while having sex, he had said no as he had a vasectomy.

But he alleged evidence would show they did use condoms.

Defence barrister John Purnell SC told the jurors it would become clear there was a critical difference between discussing matters that related to allegations and discussing a statement.

He said at the end of the trial, the jurors would have to ask themselves if the Crown had been able to remove Mr White’s presumption of innocence.

Mr White has pleaded not guilty to two charges of perjury. The trial is being held before Justice Michael Elkaim. 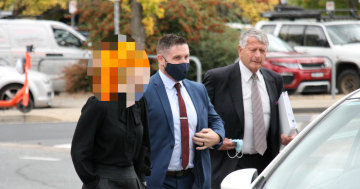