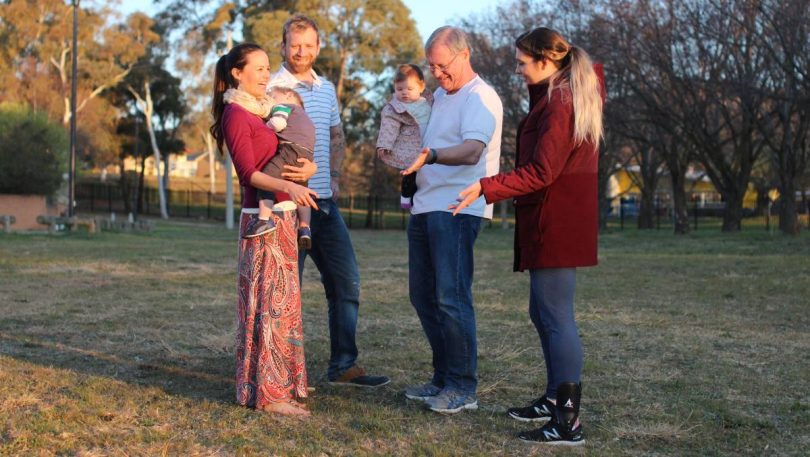 Weston Creek residents’ two-year campaign for a new playground at the Waramanga shops had a win in the Legislative Assembly on Wednesday (21 March) with the Government committing to the proposal, although it did not say when it would be funded.

Liberal Member for Murrumbidgee Jeremy Hanson had tabled a motion calling on the Government to support the community initiative, which was adopted after several amendments.

The outcome was that the Government commit to the establishment of a new playground at Waramanga shops, behind the Medical Centre, and report back to the Assembly on progress by July 2018.

Campaign spokesperson Elizabeth Hoyt said the community had made a 2018-19 budget submission because Waramanga is marking its 50th anniversary this year.

“We’ve been working for two years, we want to get it done this year,” Ms Hoyt said.

Acknowledging that the commitment doesn’t contain any concrete action, Ms Hoyt said the community would keep the pressure on.

“Following the commitment made in the Legislative Assembly it will be important for the government to show good will towards the community and build a playground in Waramanga for their 50 year anniversary in 2018,” she said. 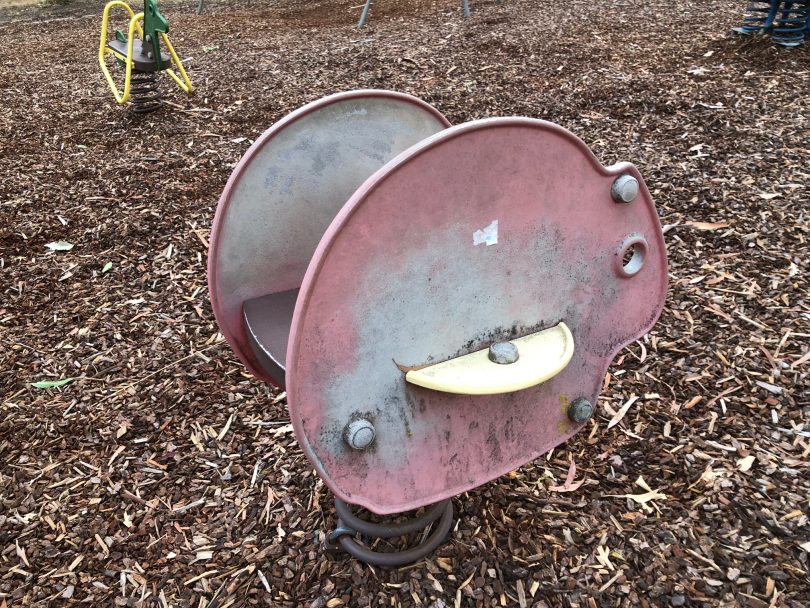 Run down play equipment in Waramanga.

International award-winning playground designer Paul Brookbanks from landscape architecture firm INDESCO, which is currently completing the construction of Henry Rolland Park on Lake Burley Griffin for the City Renewal Authority and co-designed Boundless Park, has proposed designs for the Government to consider, to realise the potential of the currently vacant space next to the shops.

The playground envisaged by the community could cost $350,000 to $400,000 and include large shaded areas as well as multi-function play equipment.

The community’s budget submission says the playground would be fully enclosed and fenced with nature-based play and landscaping, internal seating and a shaded area for parents, tables and chairs, barbecues and all ages exercise equipment. 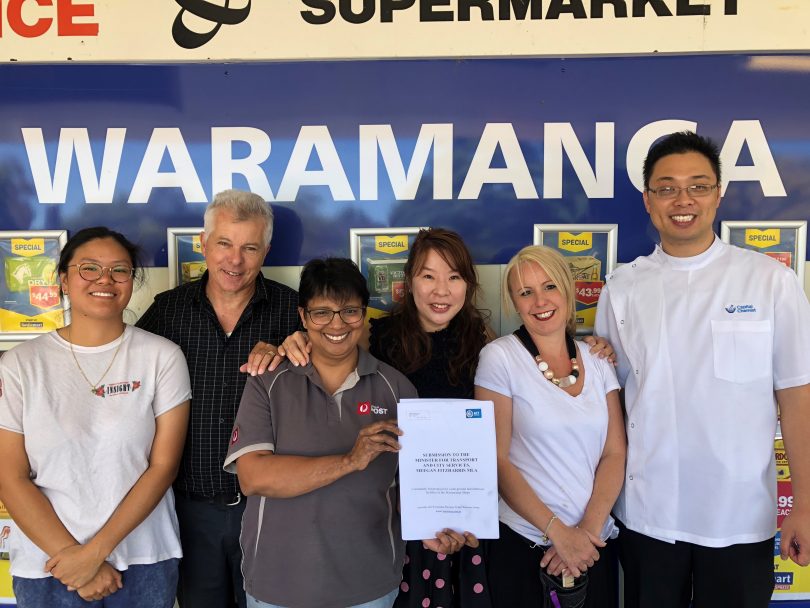 Waramanga shop owners and their submission to Minister Meegan Fitzharris on the playground.

“The playgrounds in Waramanga really aren’t servicing the community. They are old and a long way from the shops where people congregate. The Waramanga community has come forward with a proposal for a new playground at the shops, which is the right location that will actually create social cohesiveness,” Mr Hanson said.

Mrs Jones said that with the 50th anniversary of Waramanga’s gazetting as a suburb, it is about time Waramanga’s ancient play equipment was replaced.

Ms LeCouteur said the demography of Waramanga had changed and people now had different needs than they did 50 years ago.

“How the people of Waramanga use their shops has changed and it would be really great if the Waramanga shops could have a playground next to it. This is a real community of people who are saying Waramanga is great, but it could be greater,” she said.

Mr Hanson said the Waramanga playgrounds were not servicing the community and were old and a long way from the shops where people congregate.

“The Waramanga community has come forward with a proposal for a new playground at the shops, which is the right location that will actually create social cohesiveness,” he said.

“The locals have come up with a very good proposal, with full architectural plans and local community support. It is now up to the Government to back the community.”

Mr Hanson said he would be keeping a close eye on the July report to ensure the Government delivers what they promised.

Over the past two years, the Waramanga community has held meetings, gathered a petition, consulted with the Government and made a video to support the campaign. 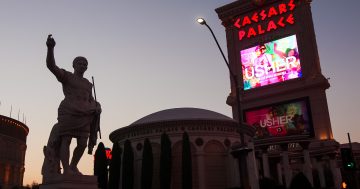