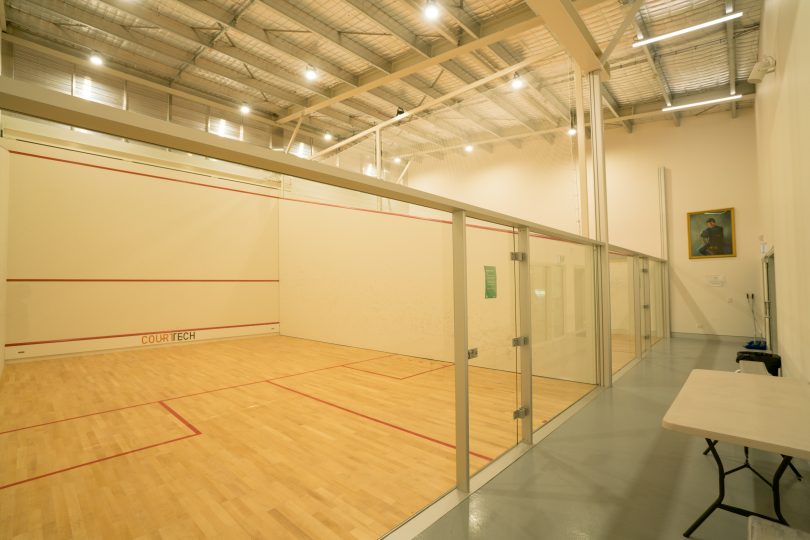 One of the new courts at the indoor sports centre. Photos: Supplied by Gavin Jackson.

Squash in Queanbeyan has been away from home for over a decade but thanks to one of Queanbeyan’s most iconic sports facilities, the revamped Heather McKay Queanbeyan Indoor Sports Centre, squash is coming home.

It is hard to believe that for the past decade, Queanbeyan – the home of one of Australia’s greatest athletes, multiple world squash champion Heather McKay – did not have a single court in its town.

Up until last week when two new squash courts were opened in the revamped indoor sports centre, there were no courts in Queanbeyan – a town that at one stage hosted 14.

Squash in Queanbeyan has a long and proud history dating back to the 1960’s and 1970’s, unearthing international talents such as Heather McKay and Kellie Cuschieri. 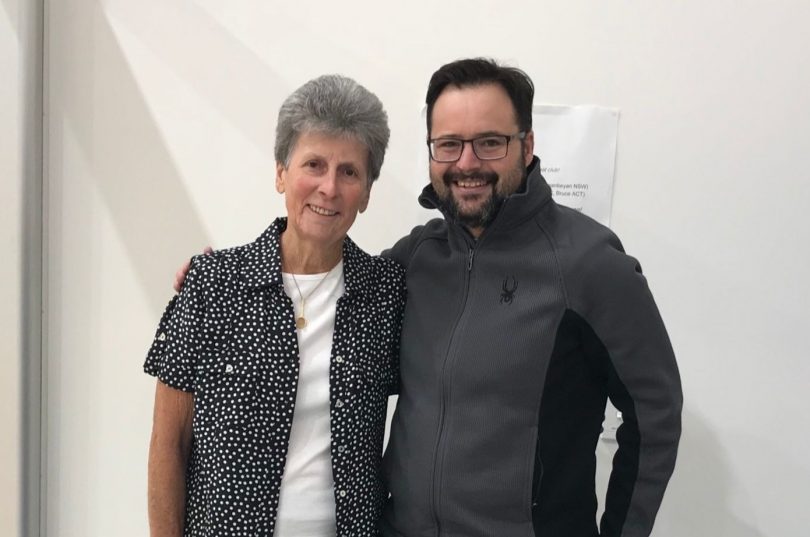 The club eventually struck a deal with the University of Canberra, 30 minutes away from Queanbeyan.

But now, Club president Gavin Jackson hopes that the new courts in Queanbeyan will lead to a resurgence of interest in the sport after the move from the local area wiped out their junior participation numbers.

“We lost a lot of Queanbeyan members because they did not want to travel as much and junior parents didn’t want to drive but we gained a lot of Canberrans,” he said.

“It’s sad because Queanbeyan used to have quite a vibrant squash community and back in the day there would have been hundreds of people playing squash in lots of teams playing in the local pennant.

“We are slowly regrowing and attracting more Queanbeyan based players back to the sport. It will be great to see more courts built in the Queanbeyan region especially with the new developments in Googong and Tralee. By having more courts, it gives more people an option and I can now drive my kids to the local courts instead of a 30-minute drive to UC.”

“The Queanbeyan–Palerang Regional Council were more than happy to enter into a dialogue and included the squash courts,” he said. “It felt like a real success story and as a Queanbeyan resident, I was really proud to see the council listen to the public.”

The Queanbeyan Leagues Squash Club will continue to be split between UC and Queanbeyan and will probably keep that arrangement for years to come. The club oversees 15 teams, with three teams from Queanbeyan but Mr Jackson hopes that number doubles by the end of the year.

chewy14 - 28 minutes ago
"A responsible and competent government would" Well there's your first problem. They haven't been forthcoming with robust bus... View
michael quirk - 2 hours ago
The government has yet to provide evidence to justify the light rail extension, the viability of which is tenuous given incre... View
News 115

Jay Annabel - 41 minutes ago
Ajay Cee ...... a drastically reduced number in 2020 because of covid lockdowns. View
Ajay Cee - 2 hours ago
Jay Annabel 36 in 2020. View
chewy14 - 3 hours ago
JC, Seeing as I've been the one quoting directly from the national plan, your memory seems a bit fuzzy. And I'm still waiting... View
News 1

Capital Retro - 48 minutes ago
The next step is to equip the ravens with lasers. Death to all drones!... View
Community 6

@The_RiotACT @The_RiotACT
A plastic surgery clinic and medical centres are among new exposure sites, and Calvary has confirmed a fully vaccinated aged-care staff member has tested positive https://t.co/RE8RHLqgTF (22 minutes ago)