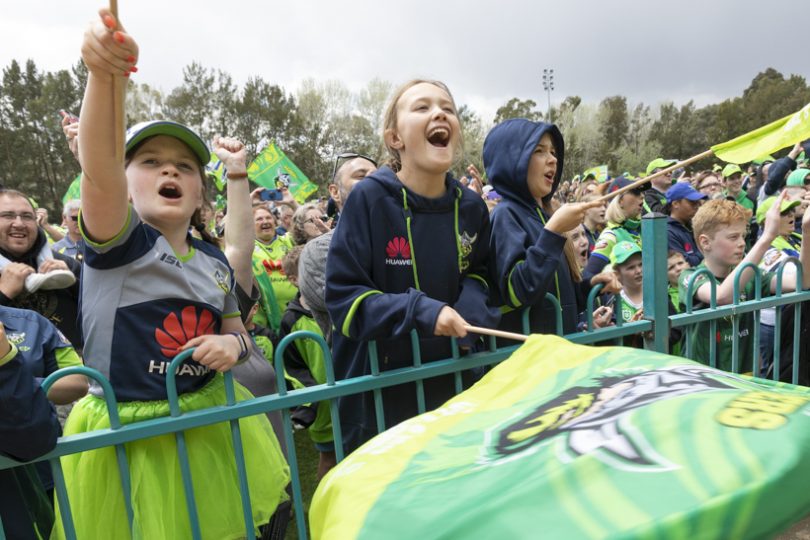 The Raiders have announced a youth-orientated side to send to the NRL Nines in Perth this weekend. Photo: File.

The Canberra Raiders will send a youth-orientated outfit to this weekend’s NRL Nines competition in Perth, while the team’s bigger stars will head to the South Coast and Riverina regions on a bushfire-relief tour.

English international Elliot Whitehead will wear the captain’s armband for the Green Machine and will be joined by teammates Dunamis Lui and Sia Soliola, who also represented the Raiders in last year’s NRL Grand Final.

Raiders assistant coach Andrew McFadden, who will coach the side in Perth, said the Nines competition will be a great place for Raider’s up-and-coming talent to show what they are made of.

“It is a very young squad,” McFadden said. “There are seven of our under-20s Grand Final side from last year in the team and it will be a great opportunity.

“They have all been exposed to the NRL full-time environment now and this is a great way to showcase the preseason that they have had, so I am pretty excited for them.

“There are some very talented guys. They have really thrown themselves into this preseason training and learned a lot. They do not get to fly under the radar [in Perth]. There are some good sides, some pretty experienced sides in the competition but I think that is great exposure for our young guys.” 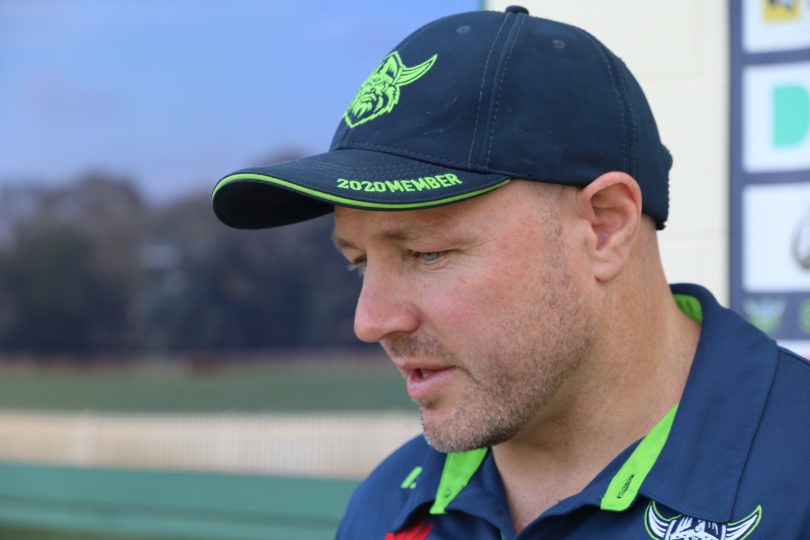 Assistant coach Andrew McFadden is prioritising young players at the Nines but not at the cost of the season opener. Photo: Dominic Giannini.

Former Raiders youth player Matt Frawley, who recently signed for Canberra from Huddersfield in the offseason, will line up in the halves next to Sam Williams, who is hoping to use the preseason to push for a more regular role in the Raiders squad this year.

Frawley and Williams will be joined by other experienced first grade regulars Ryan Sutton, Siliva Havili and Michael Oldfield.

“Sam Williams is going to be very important. He and Matt Frawley are both very clever players, really experienced and they are going to have to have a really composed head around these young players to keep them on track,” McFadden said.

“I have every confidence that they can do that, they are both very composed and understand the game very well. They provide a lot of solidness around the park.

“There are a couple of experienced guys in there, the old dog Sia, and Elliot who is captaining our side. Even though he has said he wants to play as much game time as he can, he probably won’t be getting too much.

“We are definitely going to prioritise our young guys and we do not want to compromise Round 1 against the Titans.” 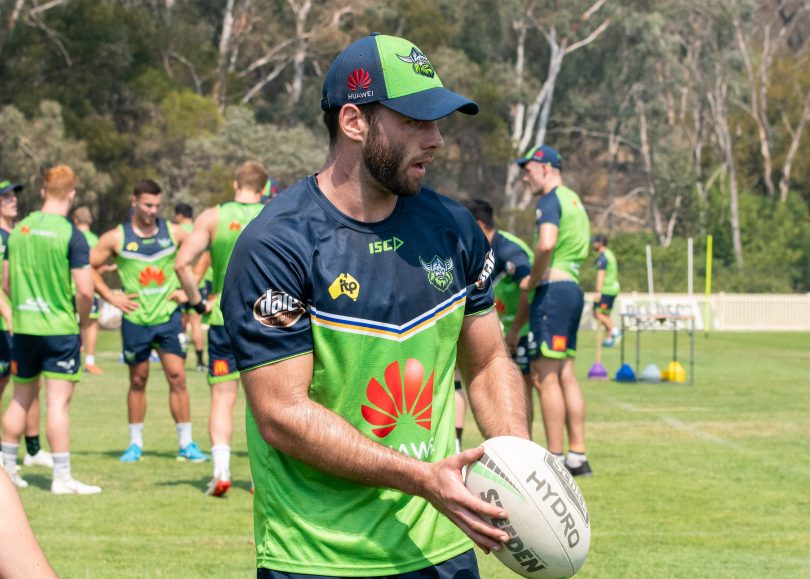 Matt Frawley will be taking a leadership role in Perth. Photo: Supplied.

While the Raider’s young guns cut their teeth in Perth, the rest of the squad will be touring several bushfire-affected regions this week to help devastated communities get back on their feet.

Elliot Whitehead and Sia Sioliola presented a $15,000 donation to the Batlow Country Women’s Association yesterday (11 February), while Luke Bateman and Andrew Niko will embark on a three-day tour of Riverina towns today.

Raiders CEO Don Furner said the tour was about showing support for local communities who need it the most.

“The recent bushfire events have been catastrophic for so many across so many regions, particularly in a number of regions where the Raiders are heavily active,” Furner said.

Amazing to see so many fans on Saturday at our Fan Day! ?#WeAreRaiders #NRL pic.twitter.com/ZfO3OHvKxw

“This week is our chance to visit these areas and do what we can to help them with their ongoing recovery efforts.

“This will be part of an ongoing commitment to these regions and the club will be looking to continue their support into the future.”

Keep up to date with the Raiders at www.raiders.com.au.