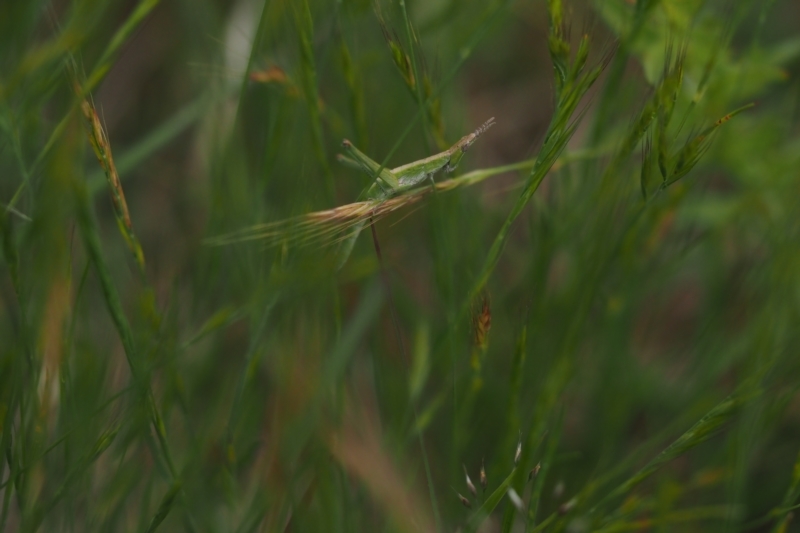 A group of scouts has recorded a rare sighting of a Key’s Matchstick grasshopper at Namadgi National Park.

The endangered grasshopper species, Keyacris scurra, is known to be found in NSW and in a handful of sites in the ACT including Mulligans Flat Nature Reserve and Mount Clear, located 20 kilometres from this new observation.

The grasshopper was spotted on 19 November by Hannah Zurcher, a Scouts ACT venturer leader, who found it camouflaged and resting on kangaroo grass.

Scouts ACT chief commissioner Brent Juratowitch said the grasshopper was found at Hospital Creek while the Waterwatch monitoring group was surveying the area.

“Our Waterwatch group consists of volunteers aged eight up to 60, who look at the creeks and streams in Namadgi and then take samples and analyse them for invertebrates like bugs and insects,” Brent said.

“Vance Lawrence, another one of our leaders, has been running it for the last six years and this is the first time the group has actually seen the Keys’ Matchstick Grasshopper while monitoring the creek.

“It was a really lucky find. Especially because the grasshopper was 20 kilometres away from the closest known location where you can normally find them. The grasshopper is the hopping kind, not the flying kind, which means that it is likely that it is part of a remnant population never seen before in this area.”

READ ALSO As pet surrenders rise, the RSPCA needs your help more than ever this Christmas

Brent said the Key’s Matchstick grasshopper was meant to be extinct in the area in which it was found.

“What made it special was that it wasn’t meant to be there,” he said.

“This was actually a really good thing because this species which previously spread from Victoria all the way up to Orange, is now limited to pockets of habitat and now we’re finding some of these pockets in the ACT.

“The Scouts’ first reaction was ‘oh look, what’s that doing here’ and it was such an exciting discovery.”

Brent said when Hannah first came across the insect, she wasn’t certain it was the Key’s Matchstick grasshopper. 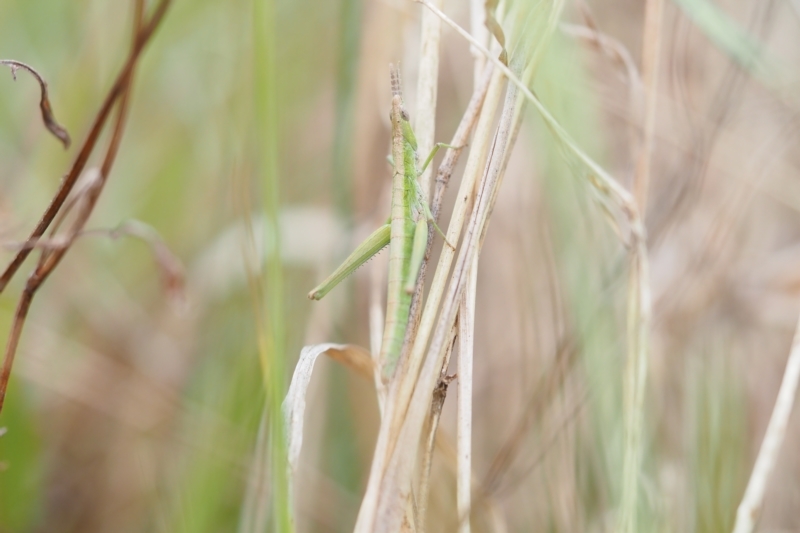 The 30-year-old venturer leader decided to get it checked first to confirm what she had found.

“She took it to the NSW National Parks and Wildlife Service, who has an entomologist who records things like this,” Brent said.

“As Hannah’s day job is an entomologist, she’s really into her bugs and insects, so to a degree, she knew what she saw.

“NSW Parks and Wildlife Service then told her ‘yes, that is a Key’s Matchstick grasshopper’ and she was very excited.”

Brent said Scouts ACT has planned six monitoring sessions for 2023 to expand what they are looking for.

“We won’t just look at the invertebrates in the water, we will look around the other parts of the environment as well, because we could come across things like this again,” he said.

“We hope to find more grasshoppers like that out at Namadgi, but also monitor and hopefully spot other extinct animals like corroboree frogs or other endangered species too.”

The Scouts ACT chief commissioner encouraged more young people to join Scouts “to not only look after the environment, but to experience the full program”.

“They’ll get to do camping, sailing, rock climbing and participate in our other groups like Waterwatch frog watch and platypus watch,” Brent said.

“We also have an extensive STEM program as well, with kids doing LEGO robotics and things like that, so there’s a lot to learn and enjoy.”

To see where the grasshopper was spotted and other observations rechttps://canberra.naturemapr.org/sightings/445519orded around Canberra, view the Canberra Nature Map.