Shane and the sun moths 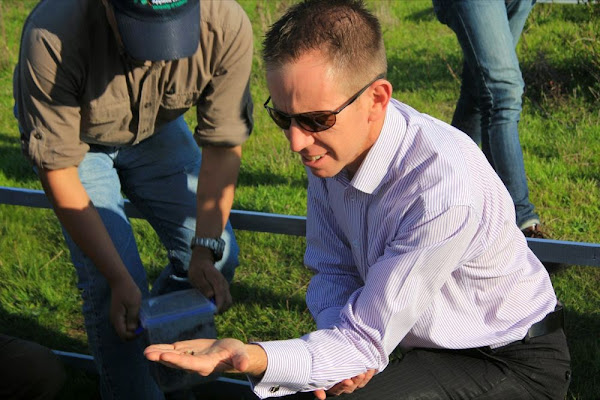 Mayor Rattenbury is letting us know about the work he’s been doing on Golden Sun Moth preservation and the Majura Parkway:

The ACT Government has provided over $50,000 to support continuing research on the translocation potential of the Golden Sun Moth by UC.

“This is ground breaking research and a beneficial partnership between Government and the University.

If the project is successful it can help protect Golden Sun Moth populations that are threatened by development,” Mr Rattenbury said.

“The Golden Sun Moth is a critically endangered species and an important part of the ACT’s and Australia’s biodiversity. It is a day-flying moth whose larvae live in soil for several years and feed on the roots of perennial grass species.

“This project saw over 500 Golden Sun Moth Larvae collected from the Majura Parkway alignment and other project sites in the ACT.

For such a rare and threatened species they do seem to turn up pretty much anytime anyone does an environmental assessment of grasslands.

Some nice editorialisin’ at the end there. “Climate change can’t be real! It’s cold sometimes!”

The moth in Shanes hand is significantly smaller.

Development approval will be reviewed for Doma’s Foothills project

@The_RiotACT @The_RiotACT
Exploitation of Working Holiday visa holders is still rife in regional Australia and Hannah Sparks says it should be stopped. https://t.co/0aX2diaLo0 (15 minutes ago)