She Said spotlights the Me Too monster's crimes in plain sight 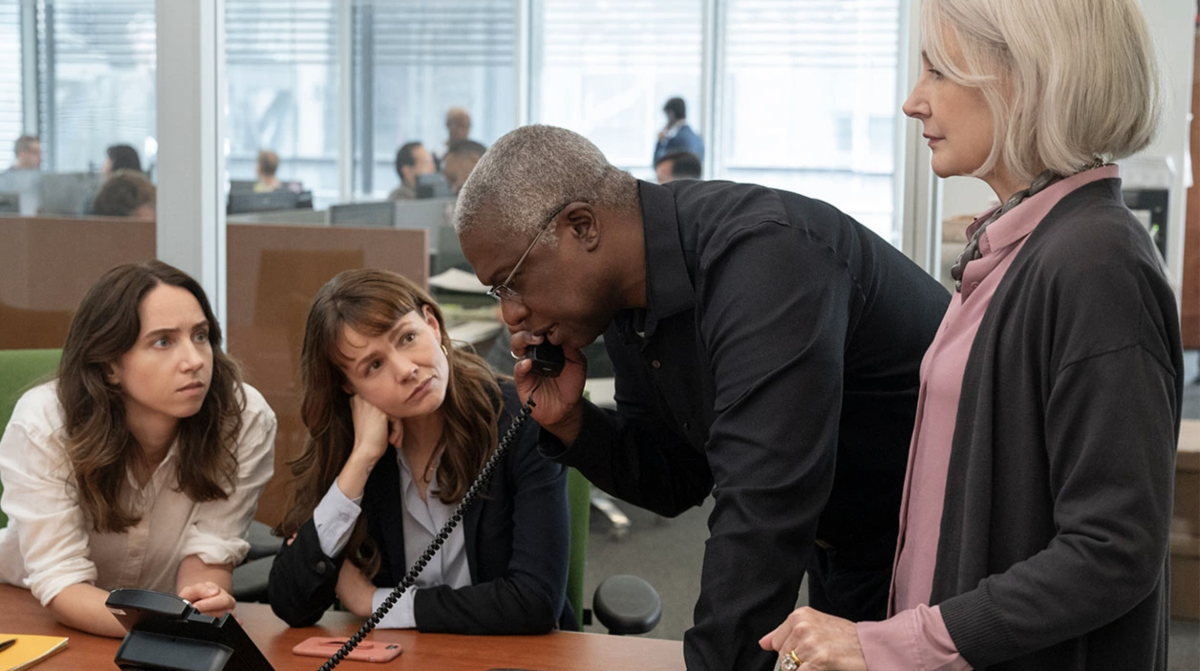 Zoe Kazan (left) and Carey Mulligan star as the journalists who uncovered the Harvey Weinstein sexual assault scandal in She Said. Photo: Supplied.

What do you do about a monster who is hiding in plain sight?

Not only a monster, but one of the most powerful film producers in the American film industry whose behaviour towards women has either gone unchecked, or whose victims have chosen to remain silent knowing the blowback could damage their careers irrevocably.

“Me Too” was a term coined by sexual assault survivor and activist, Tarana Burke, in 2006, and as we all know now encompasses all forms of sexual assault and rape culture.

In 2017 New York Times reporter Jodi Kantor received a tip that the actor, Rose McGowan, had been sexually molested by Hollywood’s most notable producer, Harvey Weinstein. Though at first reluctant to speak, McGowan does get back in contact and names two other actors, Gwyneth Paltrow and Ashley Judd. Kantor gets in touch with them, but they do not wish to be named.

Hitting a brick wall she seeks counsel from another reporter at the Times, Megan Twohey. And this is basically how She Said gets traction and begins to tell its compelling story.

What happened during and after this prompted the Me Too movement’s explosion across the globe.

Like any story about journalists and reporting there are long and thankless hours poring over information which could be meaningless or a smoking gun. It’s hard to know until all the pieces in the puzzle fit together.

Kantor (Zoe Kazan) and Twohey (Carey Mulligan) set about the task of corroborating and cross-referencing everyone’s stories and begin to build a comprehensive picture of how Weinstein got away with what he did for so long.

A breakthrough comes in the form of Laura Madden (the outstanding Jennifer Ehle) who worked for Weinstein at Miramax years ago, and was asked by Kantor what she knew, along with two other former assistants.

After initially declining to speak, she was warned off by a Miramax thug and decided to go public.

She Said was directed by Maria Schrader, from a script by Rebecca Lenkiewicz and based on the book both Kantor and Twohey wrote in 2019.

Films about journalists and journalism tend to follow a pretty similar path – the people involved in uncovering the stories are often under the pump all the time, and at risk of being gazumped by other news outlets. In She Said we hear several times about Ronan Farrow’s upcoming explosive expose which is about to be published in The New Yorker.

And in this case we also get a very personal view into the domestic lives of the two main characters, both of whom are exceptionally played by Kazan and Mulligan. This adds an extra and important layer to their lives.

Weinstein is really a peripheral character here, and he needs to be; this is not only a story about the two main players, but also about Ashley Judd, another of Weintsein’s accusers, who plays herself with breathtaking honesty and pathos.

All that being said, She Said is not in the same league as Spotlight, or All The President’s Men. All three films focus on generation-defining issues and are a reminder of the importance of our media in holding society to account.

She Said comes across a little bit as a drama by numbers, all the right elements are in play but it just seems a bit too satisfied with itself and lacks a certain energy. Don’t get me wrong, it’s a good film, just not a great one. Three stars out of five.

She Said is screening at major cinemas.

Hypocrite Hollywood knew all about this bloke, but did nothing for years. A movie I won’t be watching