“She was so intelligent,” Merimbula lawyer on meeting Sarah Jessica Parker 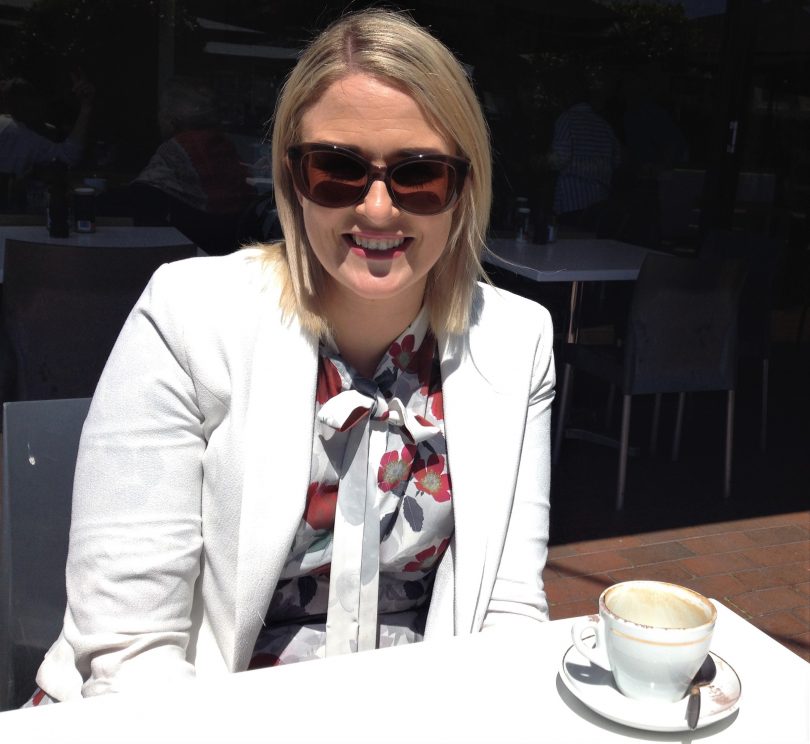 With only a few days’ notice, Carmen Thompson found herself having breakfast with Hollywood actress Sarah Jessica Parker after winning an online competition. Photo: Elka Wood.

Tagged on Facebook by her friend, Merimbula lawyer Carmen Thompson last week found herself at the Sydney Convention Centre having breakfast with Hollywood actress Sarah Jessica Parker, thanks to an online competition run by Business Chicks.

“It was all bang bang bang,” Carmen laughs over coffee at a Merimbula cafe. “I got the email on Thursday night and the breakfast was Monday morning. We had hair and make-up knocking on the hotel door at 4:30 am. I didn’t even have time to buy a new dress!”

But Carmen, who is co-director of Sautelle and White Lawyers and a mother of four, knows how to squeeze every drop of productivity from her time and wasn’t going to let the opportunity go to waste.

Honouring every aspect of who a woman is and acknowledging the struggle women still face in juggling career and family was part of the message that Sarah Jessica Parker had for the Sydney audience of about 2000.

“She was tiny and obviously so intelligent,” Carmen shares. “Everyone knows her as an actor but that’s been a small part of her life and career – she told us about growing up poor with seven siblings, that she has three teenage children and has been married for 22 years. She has published two books and produced television shows, including Sex and the City, the show which made her famous as Carrie Bradshaw.”

During Sarah Jessica’s address, Carmen says “you could have heard a pin drop” as the audience hung onto every word. 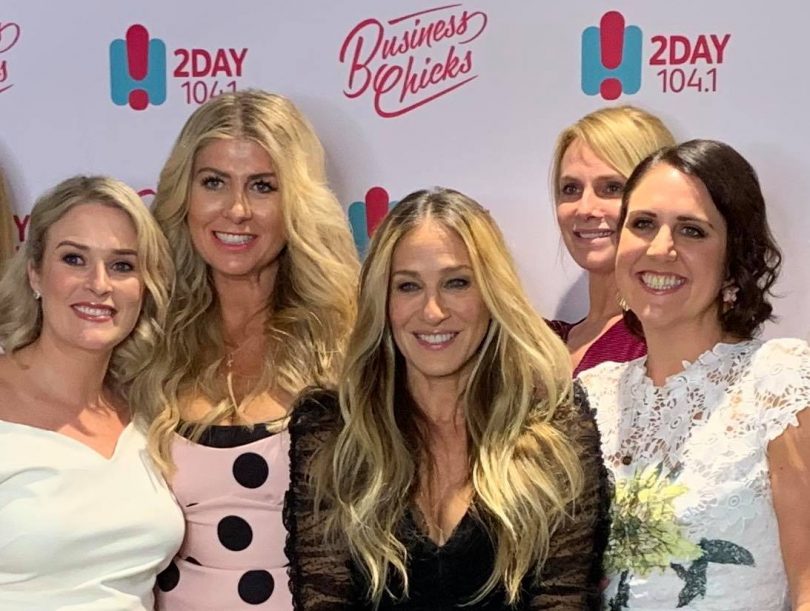 One thing Carmen has in common with the characters of Sex and the City is a group of girlfriends she’s known since Eden High School, who have supported each other through career highs and lows, kids, marriages and divorces.

“My high school friends and I have all gone in really different directions but have stuck together – I feel really lucky to have those friendships,” she says.

Entering into the field of law as a young woman, Carmen understands first hand the pressures on women to compartmentalise their lives in the workforce.

“I always knew the law was a man’s industry and that I couldn’t just be as good as the boys, I had to be better,” she says.

Reflecting on her experiences of being pregnant and having babies mid-career, Carmen laughs as she remembers being in court in her third trimester of pregnancy and the judge who, without being prompted, gave her permission to leave the courtroom without the usual ceremony.

“I was still sending emails while I was in labour with my second child. Because I work in family law, the cases often take two years or more so I felt I couldn’t just abandon my clients – people see me in the worst, most emotional times of their lives and I can’t let them down.” 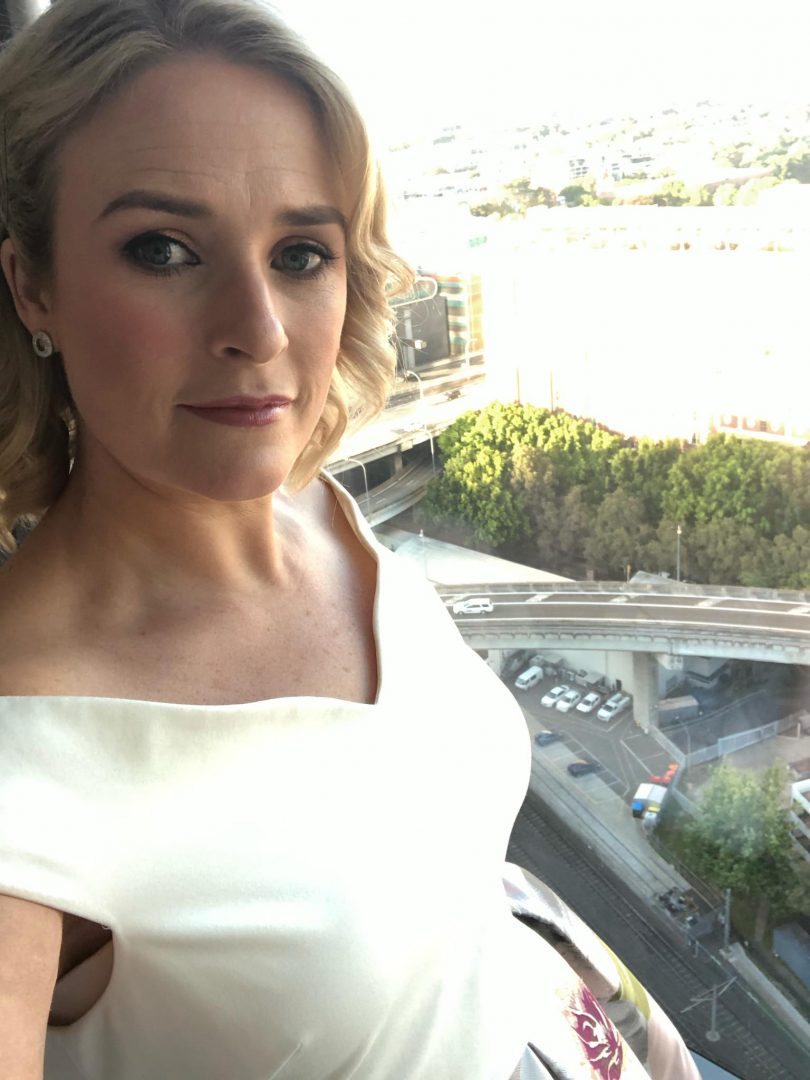 As Carmen and her friend were led to backstage lifts along with other competition winners and instructed not to take any photos, suddenly she was looking at Sarah Jessica, who appeared shy in the small group even after speaking confidently to the large crowd.

“I was more starstruck after hearing her speak than I was at the beginning of the event,” Carmen says thoughtfully. “Carrie Bradshaw comes off as selfish but Sarah Jessica was so intelligent, so driven but simultaneously so modest and shy, you got the feeling you were seeing a whole person.”

In terms of her own balance, Carmen says it leans heavily towards her commitment to law.

“I used to think you could have your cake and eat it too but I’ve changed my mind,” she says simply. “Our family gets by because my husband is supportive of my career and takes time off to be with the kids. I just hope my kids know that I love them and look back and see that I was helping people and that’s why I wasn’t always home.”

Tramcar Trev - 10 minutes ago
I must be really old, I remember when to get to Broulee it was dirt road. View
Clive John Trenton - 58 minutes ago
Come on people. It was replaced for a very good reason! As an old bridge it was likely costing a fortune to maintain due to i... View
Mitch Carrington - 1 hour ago
Was fun riding over this for some reason Mark Humphrey Wheeler View
News 35

Greg Myat - 13 minutes ago
Warwick Bradly Take it to Belco where people are, first. Or past asio and russell offices across kings ave. It needs to go pa... View
Greg Myat - 17 minutes ago
Martin Budden Every road will just be one big carpark then. View
Tramcar Trev - 40 minutes ago
$162million for about 1km of light rail does seem excessive. why do they insist on laying the track inn concrete where the tr... View
Community 7

whatwik - 44 minutes ago
Ha, try NSW regional travel. Disappointing yes, but prudent. Some of us do wonder about the obsession with the ACT Chief Mini... View
chewy14 - 2 hours ago
JC, No spin here, just facts. Whatwik claims that others have had to backtrack on their plans. Except none of the other state... View
Community 25