Shorten calls in on Canberra 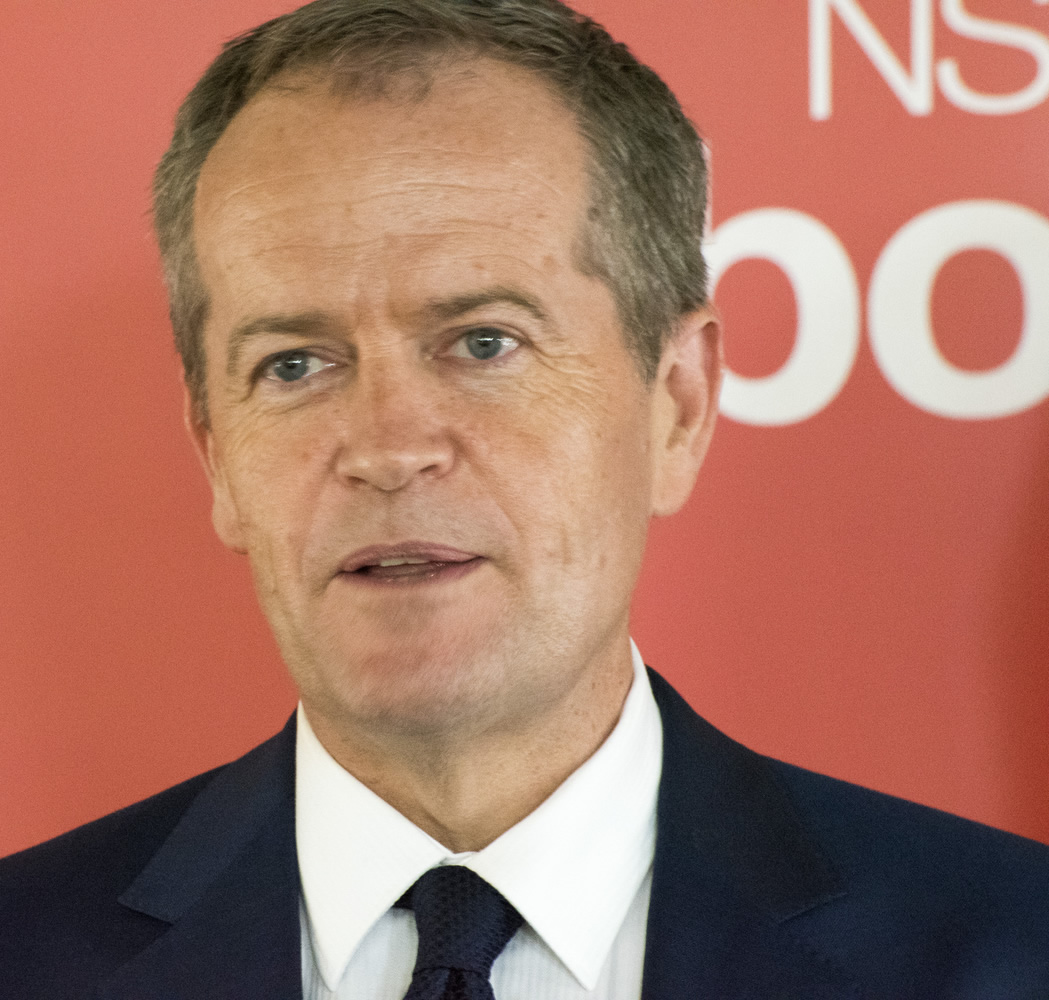 In a civil evening, Canberra’s Labor faithful arrived early and well-dressed for Bill Shorten’s first, and perhaps his only, public meeting in the ACT.

Such meetings are unfamiliar to Canberrans—not so much in style as substance. The ACT has two federal divisions: Canberra and Fenner. Both are safe Labor seats. As such Party leadership tends to ignore the territory, knowing Canberra is in the bag.

But the meeting, which occurred under Gai Brodtmann’s invitation, packed out Albert Hall. The seats and curtains were red. And attendees, which skewed white female and elderly, were respectful and many.

Shorten — who looks stronger and sharper in person than on television — arrived late and with a light security entourage. He was shouted at by refugee activists on arrival.

“Across the world and in Australia people are disillusioned with politics as usual,” the opposition leader said in his opening remarks, alluding to the global rise of the far right which formed the backdrop of the evening.

“They think too much that it’s a done deal behind closed doors and that it is all about the focus groups”.

Shorten emphasised Labor’s commitment to a Royal Commission on the banks, medicare funding, more apprenticeships, opposing penalty rate cuts, climate change and inequality. After a brief opening statement he took audience questions, which formed the bulk of the evening.

Questions were long, angry and often taken as opportunities to vent instead of ask a question. At other times, they were flatly bizarre, such as when a questioner from Tuggeranong asked the opposition leader about gum trees at schools.

Memorable moments came hard and early, such as when Mr Shorten was asked about refugees, echoing the protestors at the door.

“I challenge you to find any comment I’ve made in public life which has used the word illegals or demonised refugees in the slightest,” Mr Shorten replied.

“But I understand much of the sentiment behind your question.”

Shorten’s defensive reply was followed up on by Fenner MP Andrew Leigh, who broke ranks and asserted his support for refugees. “We need to close down Manus and Nauru. They were never intended to be permanent facilities,” he said.

Mr Shorten also hit out at the Nationals, whom he gave an unprompted lashing despite their having almost no electoral presence in the ACT. “The Nationals are just the country arm of the Liberal party”, he said.

“They’re the absentee landlords of Australia.

“They just do what the Liberals ask them to. They’re terrified of One Nation but don’t know what to do”.

As the night drew on, the locus of discussion swapped from social issues towards economic ones—particularly inequality and global warming.

Questions on global warming came from young and old alike, and asked for greater urgency as well as how the federal ALP would negotiate with the Queensland ALP on coal mines on the barrier reef.

Shorten was most on song and most comfortable discussing economic inequality and the growing gap between the rich and the poor, a theme he touched on and off throughout the evening. “Corporate profits are at a 40 year high and yet wage growth is flatlining at a 20 year low,” he said.

“We see the minimum safety net under attack. [We’re told that] Somehow the crumbs from the rich man’s table will make everyone better off.”

At night’s end Mr Shorten was asked for his opinion on Donald Trump, to which he replied that he hoped that much of what was said about him before the election would not come true.

Andrew Leigh might be surprised to hear himself described as a “prominent figure of Labor’s left faction” given he sits independently in the Labor caucus, without a faction: http://www.smh.com.au/federal-politics/political-news/labor-frontbencher-andrew-leigh-says-hes-doing-just-fine-after-40000-pay-cut-20160724-gqcvcy.html

I missed this summary of Bill’s Canberra town hall meeting in Albert Hall last week – it’s a good one! I was lucky enough enough to be able to attend as the room was absolutely packed, upstairs and downstairs and i heard them say they had 1,000 people there, which sounded right as they ran out of chairs and people were crammed at the back standing. The only part of your article I would question David is Andrew Leigh’s factional affiliation. Calling him a prominent member of the left faction is amusing, but he might beg to differ! 🙂

Jackie Fuller - 10 minutes ago
Brydie Kelly if that's your thing that's good 👍 View
Brydie Kelly - 5 hours ago
Jackie Fuller I've been to many a birthday party and had my 30th there. It was always a warm and welcoming environment. View
Alicia Conley - 7 hours ago
If they try put a maccas or KFC there I'll be protesting View
News 45

brianf - 52 minutes ago
I agree this has gone sideways but I still think the Woden extension is an expensive step backwards. All passengers from Molo... View
astro2 - 3 hours ago
Hi Chewy, a few things need clarifying here; I'll try to be brief as I think this topic has gone 'off track' from the origina... View
chewy14 - 4 hours ago
Astro, That's a gross misrepresentation. "Current R4 doesn’t have this." How exactly will those redirects benefit? The ligh... View
Opinion 57

Juz Hawke - 1 hour ago
OMG Kylie Green it's happening again 🙄 View
Juz Hawke - 2 hours ago
Jason O'brien okay thanks for the feedback on my opinion 👍🏻 I just liked the way the article was written. View
Oscar Mike - 2 hours ago
If you look at the data you would be not taking the experimental gene therapy. The conspiring occurred last decade, now they... View
News 2

Tom Worthington - 2 hours ago
ANU, University of Canberra, and other Australian unis, now offer a large number of undergraduate and postgraduate certificat... View
Tom Worthington - 3 hours ago
Vocational institutions also provide a way to get a qualification with a minimum of study. The staff at CIT helped me documen... View
News 26

@The_RiotACT @The_RiotACT
ACT Policing, NSW Police and the ADF will be undertaking joint border compliance activities over the school holidays. Yesterday, 4301 vehicles were stopped at major border crossings to the ACT https://t.co/yJEiPJLJfk (31 minutes ago)