Should body corporates be able to profit from Airbnb? 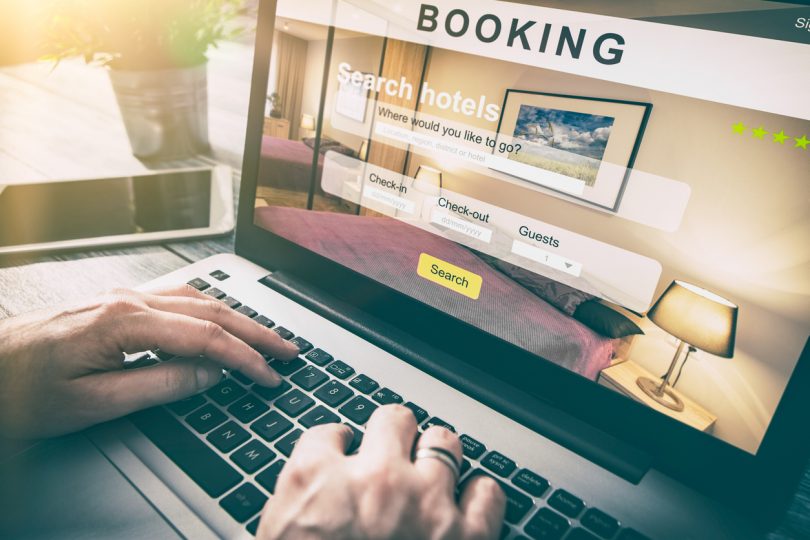 Should body corporates be able to benefit financially from entering into financial arrangements with Airbnb?

Okay, here is the paradox: Canberra is one of the most planned cities in the world. I mean, there are rules for ‘kitchen sinks’; yet we are, arguably, the most progressive of all of states and territories (although the fun police have banned fireworks, woodchopping and the Summernats Supercruise).

So, why is it that body corporates can’t collectively decide to benefit commercially from things like car spaces, storage space, telecommunication towers and Airbnb?

Well, it comes down to a little thing called the Unit Titles (Management) Act 2011. This is an ‘Act to provide for the management of units plans’. Basically, what a ‘body corporate’ can and cannot do.

In section 23 of the Act it says that the owners corporation can:

(a) approve the installation of sustainability or utility infrastructure on the common property; and

(b) approve the financing of the installation of the sustainability or utility infrastructure; and so on…

So, I assume this means stuff like solar panels and being able to benefit commercially from feed in tariffs etc.

And I assume that this amendment was made by the Greens, and good on them, this is a good initiative, but times have moved on and there a many other things body corporates could engage in to assist them to lower costs for their members – that they currently can’t. These include:

The big question is whether the ‘progressive’ ACT Government is on the ball with the need to update the legislation and drag it into the 21st Century.

The answer is a resounding ‘yes’.

The ACT Government has been consulting with the strata community for the last two years looking at reforms to strata titling.

They have been looking at four areas of reform:

The ACT Government is currently drafting changes and will be going back to the industry consultation group around June this year.

So, what do the owners of strata dwellings think of the current situation?

Gary Petherbridge, president of the ACT Owners Corporation, said, “The current legislation needs to change to allow owners corporations to financially benefit from things other than those relating to sustainability.”

Gary was a little more cautious when it came to body corporates entering into arrangements with Airbnb but acknowledged it should be an option.

“Things like Airbnb, share spaces for parking and electric charging stations should be up to each body corporate,” Gary said.

Gary also coordinated a petition, with over 5700 signatures, that called on the ACT Assembly to revert to the previous method of calculating rates and land taxes, specifically in the strata sectors, which has led to a review by the Public Accounts committee of the methods used to calculate rates and land tax for strata.

Submissions have been called for and details can be found here.

Airbnb are pushing the ACT Government to bring the current legislation into the post-internet era.

“The Airbnb community wants to work with the ACT Government, which has been a leader when it comes to the sharing economy, to grow tourism and develop smart, modern rules for home sharing that benefit local hosts, travellers, small businesses and the entire ACT community,” Brent Thomas, Airbnb head of public policy ANZ, said.

But, he says, ‘current rules for home sharing in the ACT are complex, confusing and outdated’ and that ‘some of these laws were written well before the internet existed’.

Airbnb does have an Airbnb Friendly Buildings Program that owners corporations could adopt now, without the revenue sharing component, as a way for landlords, property managers, and homeowners’ associations to let people in their building host on Airbnb.

This program, currently operating in the US, Canada and Japan, allows owners corporations to benefit from and manage issues such as pet policies and blackout dates.

The strata industry is also keen to see the current legislation updated to reflect the ‘gig economy’.

“We need the law in the ACT to keep up with technology and the way people want to live and work,” Chris Miller, Managing Director, Vantage Strata said.

Recent announcements by the ACT Government about building heights and growth on Northbourne Avenue also show there is need to update current legislation.

“The ACT Government have announced an intention to pump another 37,000 dwellings along Northbourne Avenue through increasing building heights to 48 metres and additional multi-unit buildings,” Chris commented.

“The strata industry is working with stakeholders, including the ACT Government, to make sure that we get ahead of the game in relation to the rights of owners and the new industries of the ‘gig economy’, however, the government needs to move at a much faster pace with its reform agenda in the strata sector.”

Chris says the ACT Government should ‘strike while the iron is hot’ as they currently have consensus for reform across the various stakeholder groups.

“We all acknowledge the urgent need to make sensible amendments to the strata legislation, and the laws governing development of units and mixed-use precincts,” Chris explained.

It looks as though the stars are aligning for reform to the law governing body corporates, with owners corporations, Government, the strata industry and businesses all wanting change.

*It did surprise me, in the writing this article, that no-one mentioned ‘drone-delivery’. With high-density multi-unit building getting the nod in the City, I’m sure this will become a huge opportunity, and issue, for body corporates.

Do you think body corporates should be able to profit from things such as Airbnb, car parking, and electric car charging stations etc?

Carly Maree - 4 hours ago
I love how people act surprised when this city has some of the worst crime I’ve ever encountered? I lived in Sydney for 8 y... View
theroundone - 16 hours ago
Who's getting punished, though, asides from law abiding rates payers in this city? A racial or sexist epithet is treated more... View
News 1

HiddenDragon - 7 hours ago
The report aired on ABC Canberra news tonight about the devastating impact of the hailstorm on important crop resilience rese... View
News 12

mark boast - 8 hours ago
Why the rage against e-scooters? I ride the paths a lot on my bike and for the most part I see people behaving well and enjoy... View
Food & Wine 28

The Best Strata Managers in Canberra