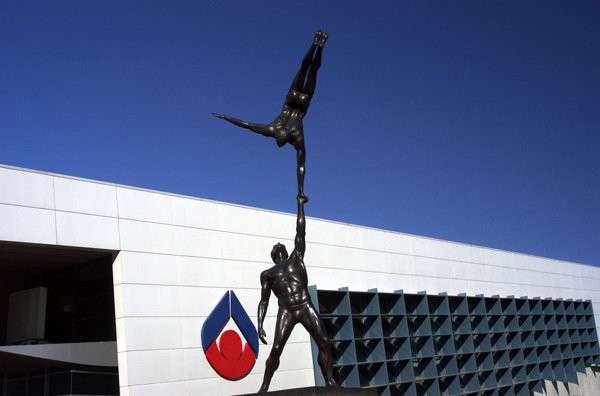 Sport Australia chief executive Kate Palmer has rejected claims that the AIS is dead and has stated that the sporting campus will still have a presence on its Bruce campus.

Ms Palmer said the AIS Canberra campus remains a “critical piece” to their endeavours to return Australia to a world-class standard after the Federal Government released it’s National Sports Plan on Wednesday (2 August).

Former AIS director Robert de Castella criticised the Government’s new plans for the sporting hub, claiming the AIS was now dead. The Australian marathon legend took to Twitter to express his displeasure and to bemoan the fact that a great era has ended.

de Castella said the “new” AIS has no athletes, no coaches and no residential program, making it a “sham” and compared it to a university without lecturers or students.

“What was once great, the envy of the world and the dreams of Aussie sports kids, coaches and support staff, is now gone, never to return,” he said.

So sad, a great era is ended. The AIS was the biggest innovation and revolution in Australian sport, the greatest opportunity & service to the most talented & dedicated athlete, coaches, scientists & medicos. It is over #RIPAIS

Sport Australia CEO Kate Palmer spoke to Tim Shaw on 2CC this morning and was adamant Australia cannot return to what may have worked decades ago.

“It’s about creating a new era,” Ms Palmer said. “The era that Deeks is talking about is over. We have to stop looking back to how it was and how successful it was.

Ms Palmer said the world has bypassed Australia and unless something is changed, the country may never regain its position as one of the world’s best.

“Peter Conde [AIS director] has got an extraordinary plan prepared and we are starting to roll that out now,” she said. We will deliver on high-performance outcomes for athletes in this country and the campus is a critical piece.”

“We need to create an environment that is world-class and the world’s best and I think Australia should expect nothing less.”

I trained at the AIS three years ago and it was shocking. A bureaucratic monolith, staff prancing around pretending to look busy. More interested in kid’s swimming lessons and guided tours than the athletes.

As they say in sport, look at the scoreboard. Two disastrous Olympic meets, our lowest medal haul ever. I would like to say the cleaners should be put thru the joint but that has happened several times before and nothing seems to work.

Perhaps it is time to close the AIS, wipe the slate clean then rebuild it, having it run by grassroots sporting organisations rather than a central bureaucracy with all the baggage that brings.

Maya123 - 31 minutes ago
I wonder if being heritage listed gives extra protection to street trees, or not. View
ChrisinTurner - 2 hours ago
Unfortunately street trees are not covered by the Tree Protection Act as demonstrated around Civic recently. View
News 14

chewy14 - 2 hours ago
Ian Lindgren, Of course you are correct. But that won't stop people continuing their whinging that doesn't actually address a... View
Ian Lindgren - 4 hours ago
The AWM Redevelopment Project will go ahead and the two high level reasons that it will are that it is based on need, and tha... View
Food & Wine 29

@The_RiotACT @The_RiotACT
The evolution of Canberra's Handmade Market will continue when the popular event returns to its home at Exhibition Park for three days from 25-27 June https://t.co/kXTSV39ZXC (37 minutes ago)