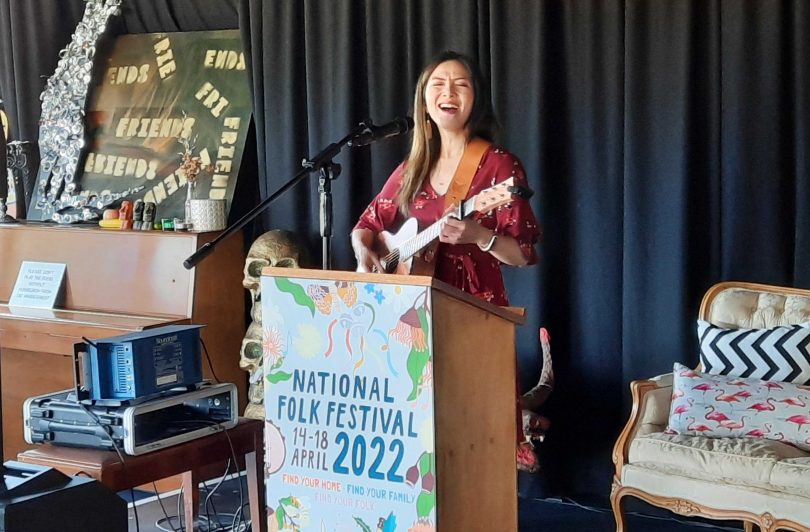 Canberra artist Kim Yang performs at the launch of the 2022 National Folk Festival. She will be one of many local acts performing at the festival, which returns after a two-year hiatus. Photo: Ian Bushnell.

After two years in the COVID-19 wilderness, the National Folk Festival will return in 2022 with a star-studded, all-Australian line-up that includes a host of award winners, Indigenous royalty, folk legends and exciting young artists.

The traditional Easter long weekend event – running from 14-18 April, 2022, at Exhibition Park – marks the Festival’s 55th year, with 30 of those years bring on Ngunnawal country in Canberra. The 2022 event will be bookended by performances from Archie Roach and Yothu Yindi, whose iconic song, Treaty, also turns 30.

Singer Kate Ceberano will add to the event’s star power and will be celebrating her Hawaiian folk heritage with her all-lady band.

The theme of the 2022 National Folk Festival is “Find your family. Find your home. Find your folk” and the event’s artistic director, Katie Noonan, believes she has put together a program that will keep everyone happy.

After two years of restrictions and lockdowns, the festival was inundated with approximately 1000 applications from artists desperate to get onstage again. Katie had the tough job of whittling that down to the 200 acts who will appear in 2022.

“We could have programmed 10 festivals,” she says.

“I’m really happy with the mixture of artists we have, with folk legends alongside some new faces.”

There will be two choirs for massed singing, including the new Folk Family Choir, which will sing with Sammy Butcher and Neil Murray from Warumpi Band in Blackfella/Whitefella at the closing concert.

The Festival Choir will sing Let Love Rule with Archie Roach at the opening concert.

The strong Indigenous presence also includes a performance of Waraumpi Band’s My Island Home in English and Ngunnawal by Canberra’s Alinta Barlow and the Folk Family Choir. The new top stage will be called the Narragunnawali stage – ‘narragunnawali’ is a Ngunnawal word meaning alive, wellbeing, coming together and peace. 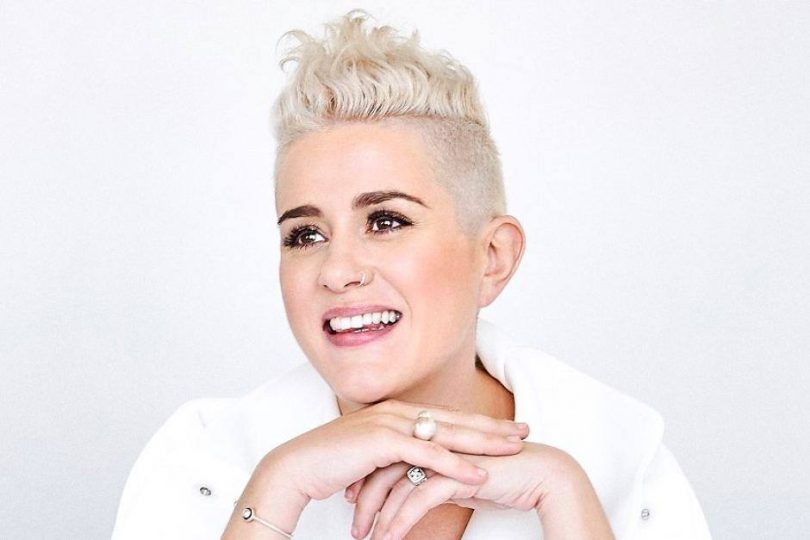 Katie says the festival will cover the breadth of Australia’s rich multicultural society.

“I actually looked at the culture makeup of Australia and I think about 30 per cent of us were not born here,” she says. “So I wanted to ensure we had a good representation of the various colors and sounds of Australia.”

The festival is unable to book international artists due to the COVID-19 pandemic, but Katie is unfazed.

“I’ve always believed that 100 per cent Australian line-ups are the best line-ups in the world, and one positive of COVID-19 has been that we have been forced to realise just how amazing our artists are here,” she says.

The festival will be staged across 12 venues, and will include its traditional food and market stalls, workshops, roving entertainment and a program of craft, dance and art.

A second outdoors Sessions Bar will be added, and the festival is promising more seating and shade.

The festival will also need to operate according to its COVID-19-safe plan, and it is not sure yet whether the Quokka Pavilion, which is currently being used as a drive-through testing facility, will be available.

The festival’s organisers are in ongoing discussions with the ACT Government and Events ACT about staging the event safely.

The ACT Government will be pleased to see the National Folk Festival back as it is such a strong economic driver, attracting thousands of visitors from across Australia.

For more information and to find out when tickets go on sale, visit 2022 National Folk Festival.

Cyrus Parsa hope to mate, we had a ball last time

So the Folk Festival is ok but not the Multicultural Festival 🙁

Edna Brooke Jessop it wasn’t about “ok” , it was more that the government people who organize the multicultural festival have been on Covid deployment as it was deemed more important. So the government said the other day.

Where as the Folk festival is privately run. 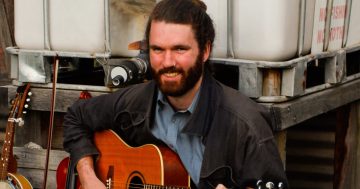