Experts in buying, selling & renting
Your property, your future
7 February 2019

Steven Bailey, a life in politics and the black dog 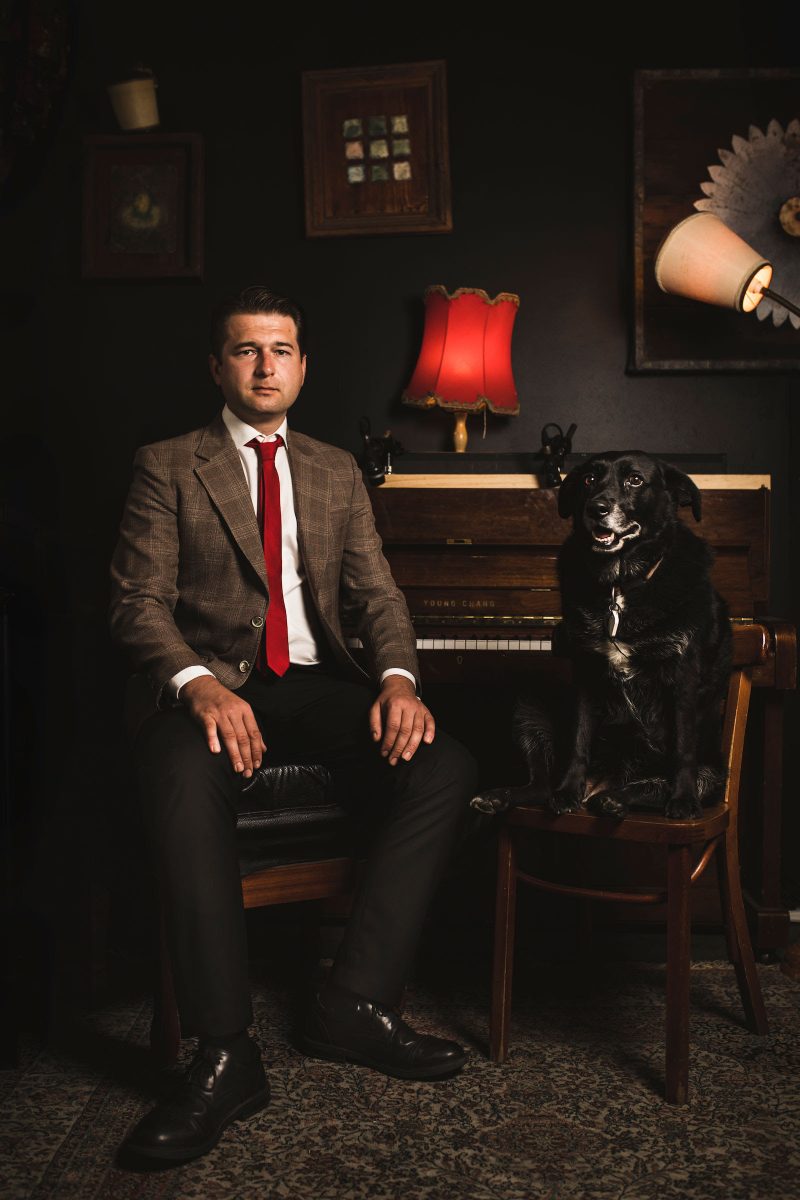 A portrait of Steven Bailey and his constant companion, Bruce, is a finalist in the NPG national photographic prize. Photo: Jamila Toderas.

If you put your hand up for politics, you might expect questions about policies, the past and your private life. But frequent Canberra candidate Steven Bailey has been far franker than many in his position about his longtime entanglement with the black dog. Both of them.

In 2016, he was the first local candidate for the Australian Sex Party to gain enough votes for Federal electoral funding and in the past, he’s also run for Katter’s Australian Party. On the hustings, his constant companion is an entirely charming female dog called Bruce (Bailey has his tongue firmly in cheek when he says the name “challenges hetero-nominative determinism”).

Bruce is a winner – a frequent radio guest, she would sit on my feet in the ABC studios, and I once enticed Steven to call her to the front of Albert Hall in a candidate’s debate. And now she features with her owner in a beautifully composed portrait taken by Fairfax photographer Jamila Toderas which is a finalist in the National Portrait Gallery’s photographic portrait prize for 2019, one of just two locals to be hung from more than 3000 entries.

But there’s another black dog lurking in the shadows who is not nearly so friendly: the portrait was taken when Bailey chose to reveal publicly that he’d had a major battle with depression in what he calls “an annus horribilis” post-election.

Despite a significant measure of electoral success and some very hard work to get there, Bailey faced, in short order, a split in the Sex Party and its subsequent deregistration, significant personal financial costs associated with the election, the end of his short-lived marriage, chronic back pain, the loss of his home and significant personal trauma.

While campaigning, he’d met other young men who were also not coping with multiple life challenges piling on top of each other. He came to believe that calling the black dog of depression out by its full, hard name was an important contribution to dealing with mental illness.

“There were a few times when suicide seemed like the logical option,” Bailey says. “I didn’t feel stigma, but I felt embarrassment, guilt, a lot of inadequacy as if it was a weakness to have a mental illness. It came to a stage where I could no longer hide it from my friends and the world.

“I’m lucky that I have a groundswell of support from family, friends and the general community because many people who are really suffering from mental health issues, drugs and alcohol problems do so in absolute loneliness, with no support. If I was in that position I wouldn’t be talking to you today.”

Bailey grew up deep in the Monaro bush without electricity or running water and came to Canberra to train as a classical composer at the ANU as a teenager. He believes part of our problem as a community is that the new, digital world is so often devoid of genuine connections. Therefore, he has no compunction in making public what is normally a private matter, and to strive for meaningful conversation wherever possible.

“What Jamila’s portrait is saying is that my best friend through thick and thin over eight years has been the literal black dog, Bruce,” he says. “We’ve been on great adventures together. She’s eight years old now, and I reckon she’s got a good three elections in front of her. She’s a better campaigner than I am!”

The world is looking brighter: Bailey has just begun as a senior adviser to a new political party and is considering another run for election in 2020, health and finances permitting.

“I love politics like I love music and art,” he says. “I have been a lobbyist and adviser, a secretary and office bearer, a candidate. I really love and thrive on that most noble of civic endeavours, exemplified by the Greek word polis, implying that politics is of and by the people. I believe in that.

“The most remarkable thing about the 21st century is how disappointing the first 19 years have been in regards to how far we’ve come as a nation and a world and how far we’ve progressed on the big issues. I am keeping my hope strong for a better world.”

And as he considers his own future, Canberra’s most famous political dog will be by his side.

The National Photographic Portrait Prize 2019 exhibition, opens to the public at the National Portrait Gallery on 23 February. Canberra photographer Wouter Van de Voorde is also a finalist for his work, ‘Celia inside a watchtower’. Canberrans can get behind Wouter and Jamila by voting for their portraits in the People’s Choice Award at nppp.portrait.gov.au. 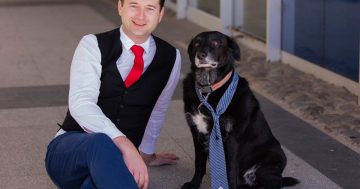 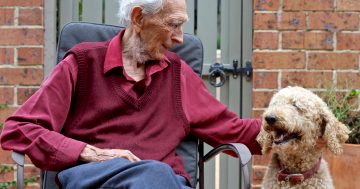 Meet the unofficial mayor of Kingston who has a dog's life