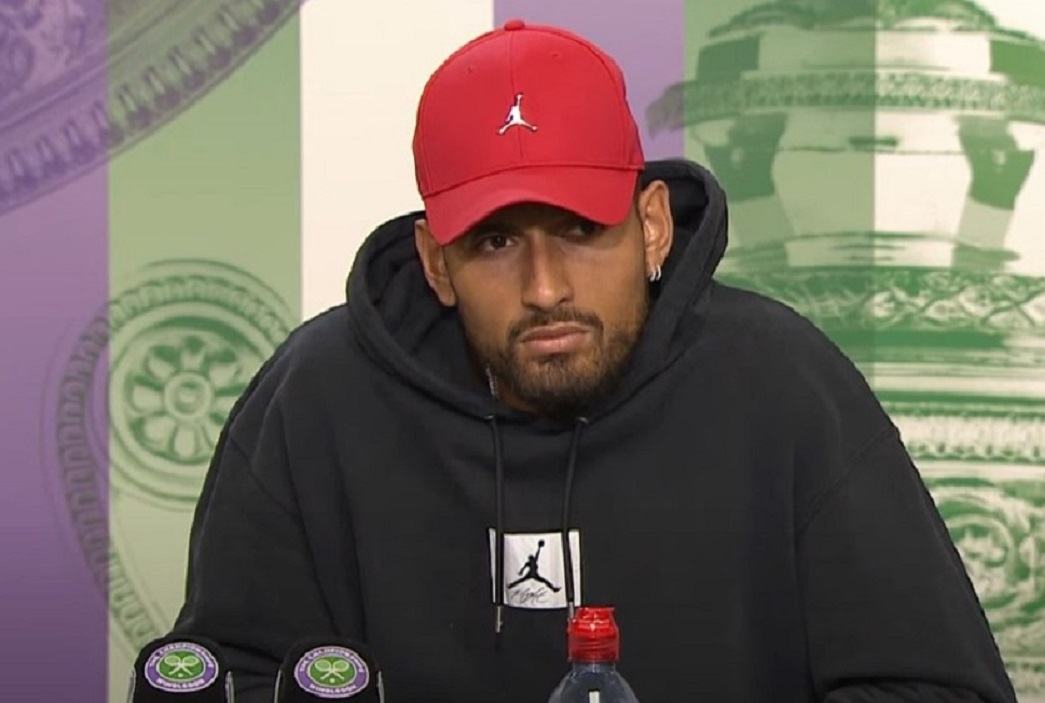 UPDATE 7 July: Nick Kyrgios has kept tight-lipped about common assault allegations against him after he progressed to his first grand slam semi-final.

When asked by reporters about his upcoming court appearance during his post-match interview at Wimbledon, Kyrgios said he had “a lot of thoughts” but couldn’t share them at this time.

“I have a lot of thoughts and a lot of things to I want to say, you know, kind of my side of things, but obviously I’ve been advised by my lawyers that I’m unable to say anything at this time,” he said.

“I understand everyone wants to ask about it and all that, but I can’t give you much on that right now.”

When pressed whether he knew about the upcoming charge or found out via news outlets, he also kept quiet.

“I can’t speak any more on the issue,” Kyrgios said.

“Do you want me to sound like a broken record?”

“I read about it and everyone else was asking questions … so it was hard to focus on the mission at hand,” he said.

“It really didn’t affect my preparation at all. I knew that I’d stay true to myself and give my best performance today.”

She and Kyrgios previously dated, and she was quizzed about their relationship after her defeat.

Tomljanovic said she was “not aware of exactly” of the substance of the allegations and she had always kept details of their relationship “very private”.

Kyrgios will now face off against Rafael Nadal for a spot in the Wimbledon final.

While he described his road to his first semi-final as “rocky”, he said he’s got “a lot left in the tank”.

“I’ve obviously had thoughts in the past year, year-and-a-half, whether I wanted to play anymore,” Kyrgios said.

“I’d lost the love, lost the fire, lost the spark, and then some things just changed in my life and, I don’t know, I just re-discovered that I’ve got a lot of people that want me to play and to play for, and I’ve got a lot left in the tank.” 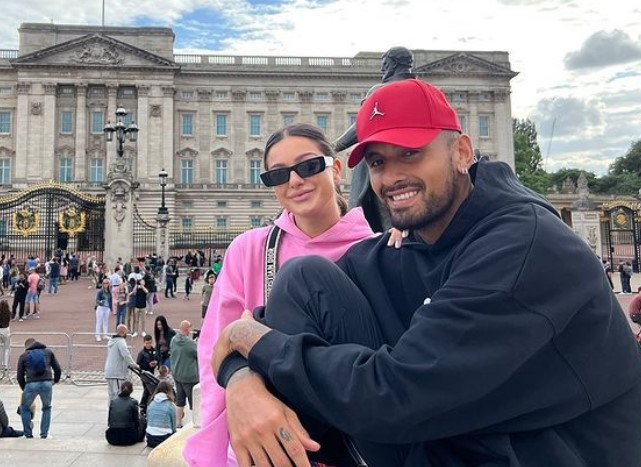 Nick Kyrgios is currently in the UK competing in Wimbledon, supported by his new girlfriend, Costeen Hatzi. Photo: Instagram.

6 July: Canberra tennis star Nick Kyrgios has been listed to front ACT Magistrates Court next month over an alleged assault.

ACT Policing confirmed a 27-year-old Watson man has been listed to appear on 2 August in relation to one charge of common assault. If convicted, the charge carries a maximum penalty in the Territory of two years.

The charge stemmed from an alleged incident in December 2021.

Kyrgios will reportedly be represented by Key Chambers barrister Jason Moffett, with Pierre Johannessen from Johannessen Legal as the instructing lawyer.

Mr Johannessen stressed his client had not been charged at this stage.

“At the present time, the allegations are not considered as fact by the court, and Mr Kyrgios is not considered charged with an offence until the first appearance,” he said in a statement.

“Until the court formally accepts the prosecution will be proceeding with a charge, and that the charge before the court is to be applied to the person summoned to appear, it may be misleading to the public to describe the summons in any other manner than a formal direction to appear to face allegations, the precise nature of which is neither certain at this moment nor confirmed by either the prosecution or Mr Kyrgios.

“While Mr Kyrgios is committed to addressing any and all allegations once clear, taking the matter seriously does not warrant any misreading of the process Mr Kyrgios is required to follow.”

Region has also reached out to Mr Moffett for comment.

The listing came as Kyrgios is gearing up for his Wimbledon quarter-final match against Chilean Cristian Garin, which will be played at 11:45 pm tonight (AEST; 6 July). 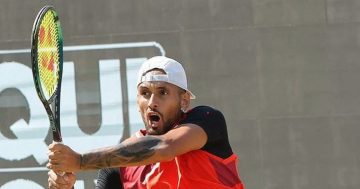