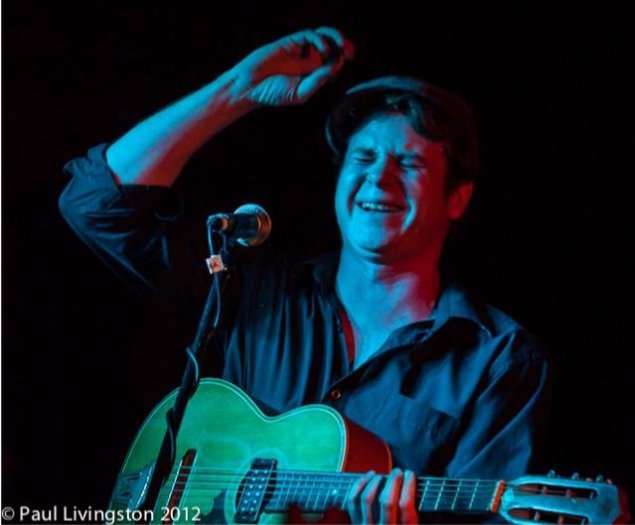 Chris Mawer has performed at major festivals around Australia, has shuffled through cities, remote areas, promoting his unique blend of blues, and recently expanded operations into Asia and the UK.

Chris has had a interesting and colourful music career spanning over a decade, and has performed and recorded with many Australian and international blues acts Newly released ‘one way ticket’ is the second album from Chris Mawer and features some new up tempo blues and swing tunes as well as some blues favourites.

Chris will be joined by John Coates on bass and Bernie Keenan on drums. Free entry.

Michael Quirk - 16 hours ago
Charny Barney bus rapid transport would operate on its own right of way. Suggest you look at the Brisbane metro to be operati... View
Ric Hingee - 17 hours ago
Charny Barney You really are a clown and I suspect a pretty bad one at that. View
Ric Hingee - 18 hours ago
Justin Watson We are talking about rubber wheeled trains running on an imbedded fixed course, not on a normal road. View
ACT Election 24

Evan Hawke - 19 hours ago
Darron Marks I totally agree that the roads in Gungahlin use to be shocking and roads like horse park drive needed upgrading.... View
Darron Marks - 1 day ago
The increased spending to duplicate some of our arterial roads has made a difference you are correct. But to say there wasn't... View
Evan Hawke - 2 days ago
Glory Hammer I totally agree that every area needs politicians who fight for there areas. Most of the politicians in my area... View
Property 10

thebscaller - 23 hours ago
Joke of a leader and party. They are making some bold statements and promises that don’t add up. There is no way these prom... View
Acton - 1 day ago
A conservative is someone who is averse to change. The Labor Party has now held government in Canberra for 19 years, proving... View
JS9 - 1 day ago
"The problem would appear to be how to pay for them and it’s not easy to pin down Mr Coe on where the money will come from... View
ACT Election 12

Disadvantaged Canberra families will be able to receive $400 for preschool children, $500 for primary school children and $750 for high...
ACT Election 43

The ACT is on track to have more light rail elections than routes after the Canberra Liberals committed to conducting...
Property 10

@The_RiotACT @The_RiotACT
Canberra has been left at the A-League altar many times, so why is Michael Caggiano so committed to the cause? https://t.co/6z3ePOrFdu (44 minutes ago)

@The_RiotACT @The_RiotACT
To support the RSPCA's annual Cupcake Day, local bakers have created cupcake kits to be sold online and at South.Point Tuggeranong on Saturday, 26 September https://t.co/6xPkxs4BiY (1 hour ago)

@The_RiotACT @The_RiotACT
An $85 million proposal to redevelop the site of the former ALP national headquarters in Barton has gone to the National Capital Authority for approval https://t.co/cGAkmRmzcY (3 hours ago)