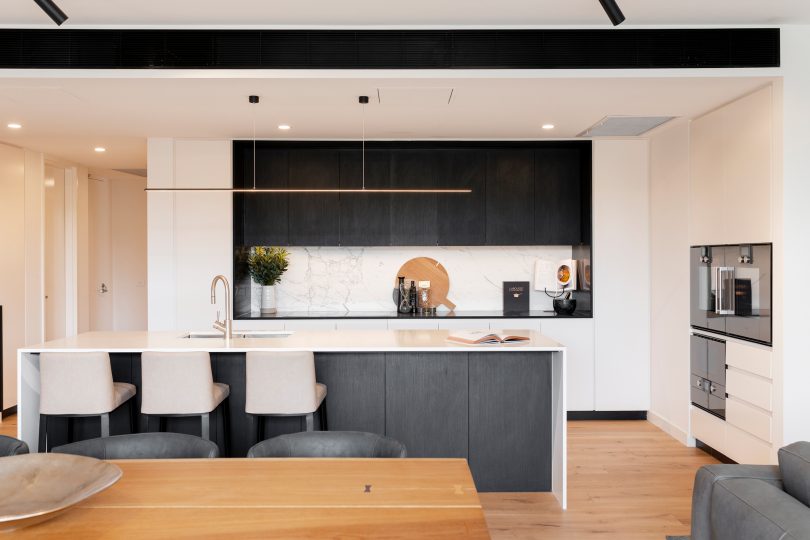 The finishes of Estate in Forrest truly match the prestige of the location. Photo: Addval Developments.

Built in the shadow of Australia’s seat of power is a new development that deserves the respect its address commands.

But the beauty of Estate in Forrest only gets better when you enter.

With an unspoilt view of the most recognisable building in Canberra – Parliament House – the team at award-winning interior design company Coco Republic knew the styling and interior design needed to be of the highest quality to reflect its location.

And luckily, senior interior designer and project leader Georgina Holmes has a background in high-end and luxury commercial and residential projects, experience she drew on when approaching the project.

Having entered the industry more than 12 years ago, she cut her teeth working for a Swiss Interior Design House in Geneva on projects around Switzerland, France and Germany – including luxury ski chalets and spa retreats. 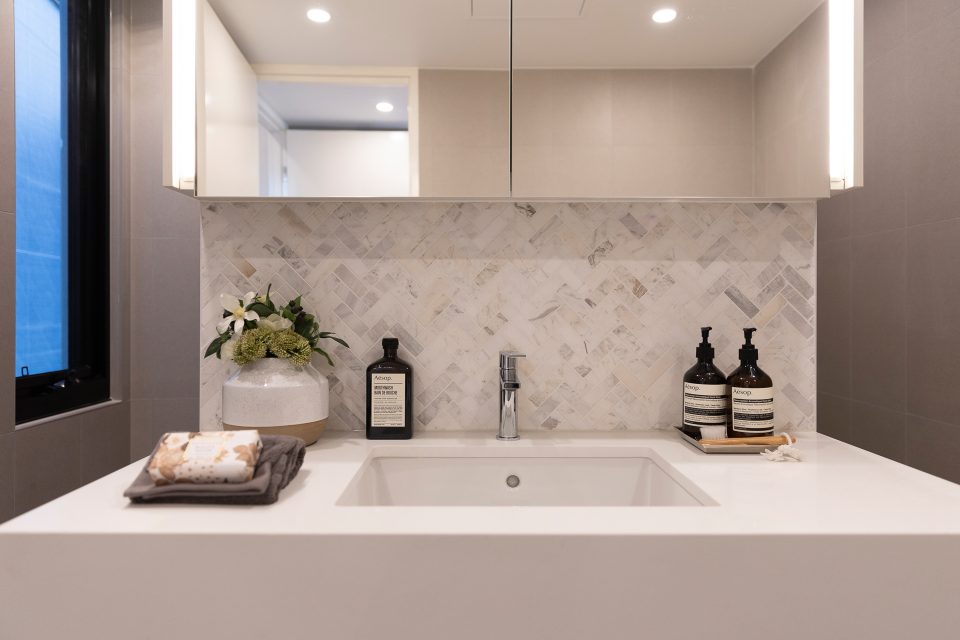 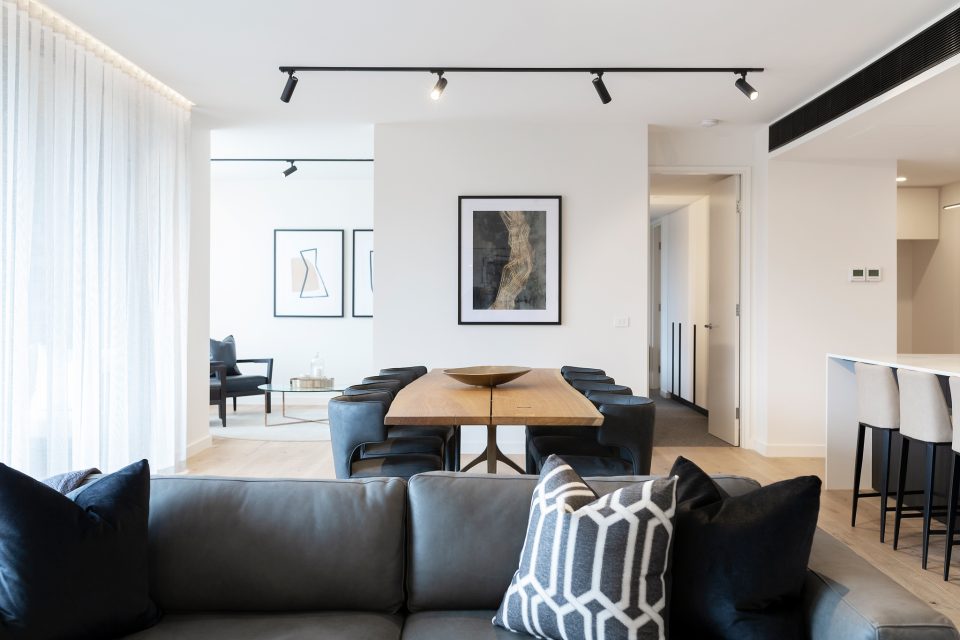 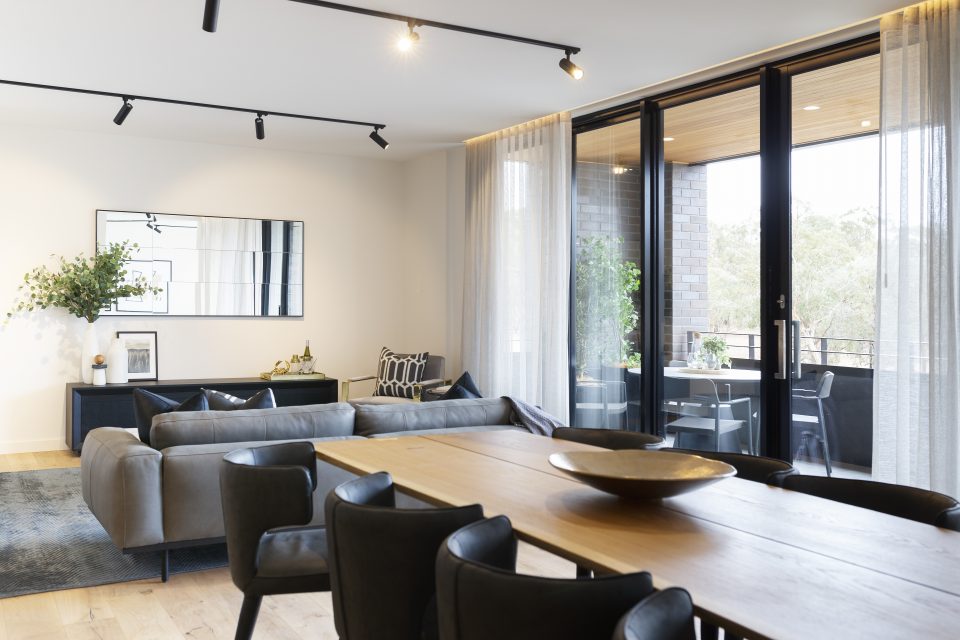 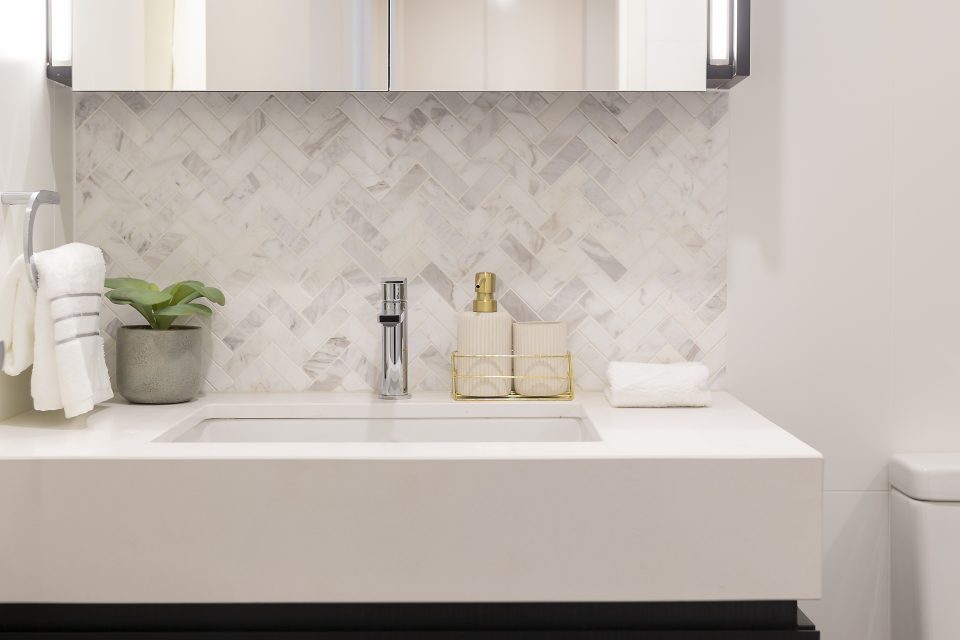 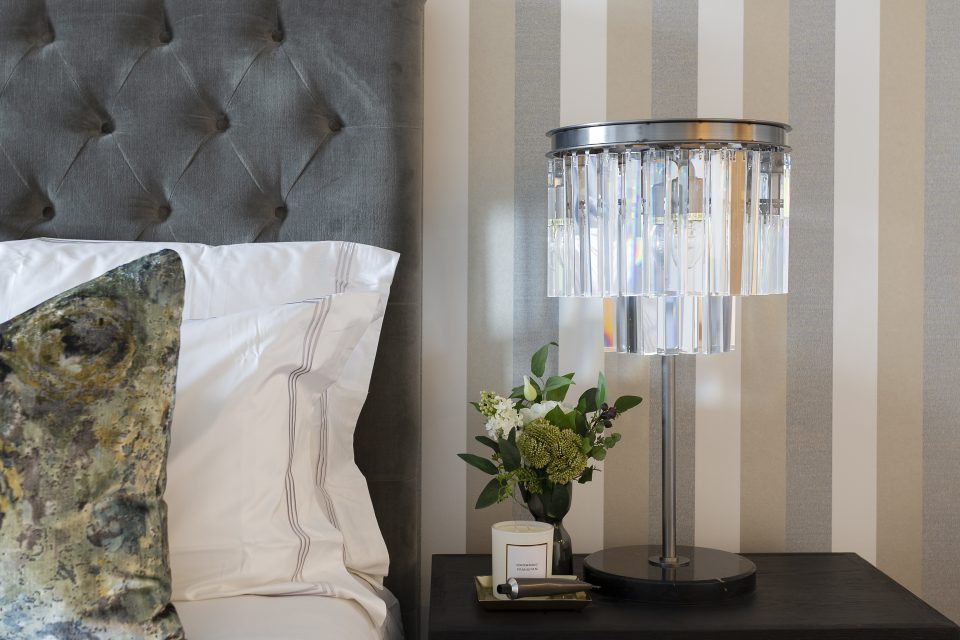 Georgina’s also passionate about lighting and colour, and this becomes evident when she discusses the design at Estate.

“We wanted to create an understated aesthetic that complemented the architecture and location of the property while being both timeless and contemporary,” she explained.

For the team at Coco Republic, it was immediately clear that the design had to reflect the luxury the development had to offer its purchasers.

The team worked closely with the Estate development team to analyse the hard finishes and curate an interior scheme that complemented the different colour palettes available for selection.

“One main feature of the project is its location and view; to style these properties to enhance the indoor-outdoor living areas was a key design detail that needed to be executed correctly,” Georgina said.

Key features which remained a standout for Georgina, long after the build had been completed, including the “stunning” Coco Republic Mateo sofa.

“Extremely comfortable, extremely luxurious – it’s the type of furniture that residents who would move into these properties would pick for their family setting.

“We’ve also been lucky enough to put in a chair that is sought after very highly from a designer called Ollie – the Anders chair.” 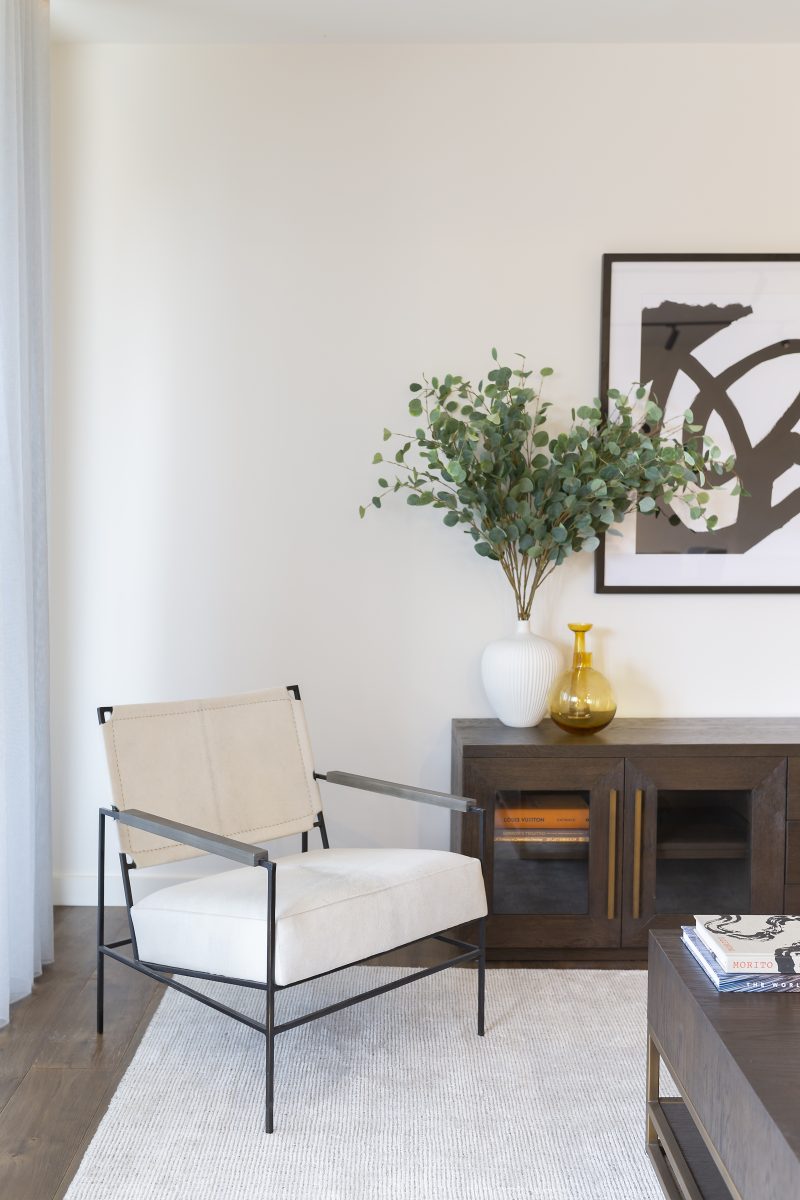 With abundant views of Parliament House, Georgina explained that she’d wanted to make the dining areas equally as opulent.

“We worked with a 2.4 to 2.8-metre dining table, which can seat eight comfortably from day to day,” she said.

On the balconies, the view has again been made prominent. “We’ve styled it so you have got a living and dining setting outside, but both allow for that view.”

Georgina added that it had overall been a wonderful experience working with Addval Developments, particularly given they had such large floorplans to work with.

The fact that the apartments are large in scale allowed Georgina to push the boundaries with the finishes – including large tufted king-sized beds in the Ombre scheme and oversized bedside tables throughout.

“It’s really important that in a master you have enough storage, and here we have enough space for the bed, large bedside tables, a lovely little dressing table and extra chairs. 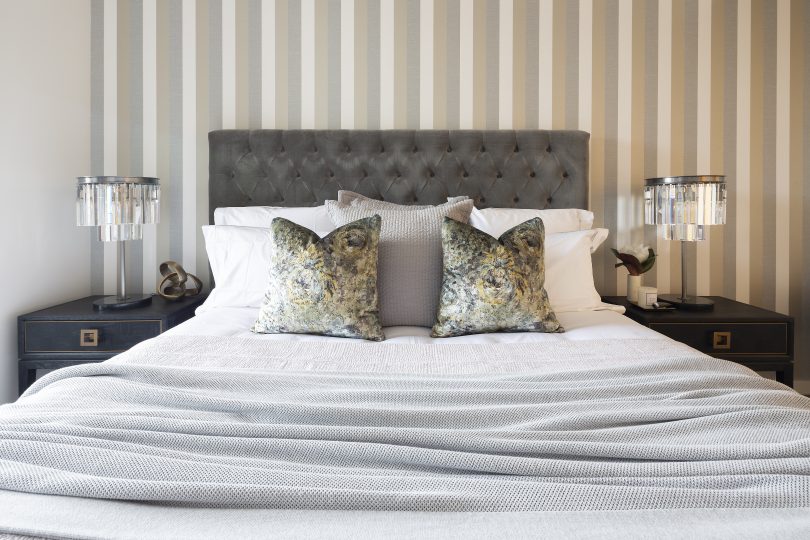 The master bathroom also contains what Georgina describes as a “beautiful, prominent free-standing bath”, as well as a white Italian marble herringbone tile.

“It’s these little touches and attention to detail which make all of the difference,” she said.

To learn more about the impeccable Estate Forrest or arrange a personal inspection, contact Charles Crowther on 1300 891 369.