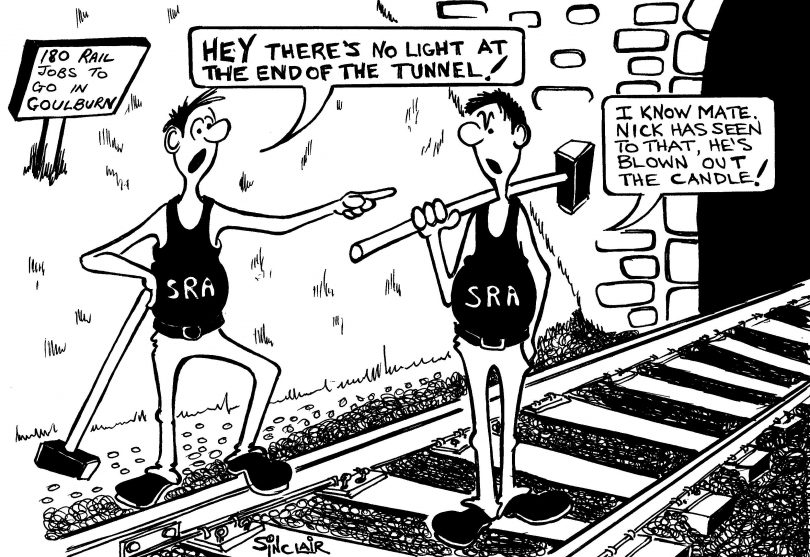 In the 1980s, historic buildings were being flattened in Goulburn, abattoirs added to the city council’s debt, NSW Premier Nick Greiner was cutting rail jobs, and a giant ram was conceived for the city’s southern entry from the Hume Highway.

Capturing the times once a week in the Goulburn Post was local cartoonist Peter Sinclair, who found the lighter side in ‘Sinclair’s Point of View’.

Coming up with a concept was the hardest for Peter – who was working three jobs at the time – especially at the end of a 16-hour day.

“I would read something then I would have somebody saying something and make a drawing around the words, rather than drawing and putting words to the drawing,” he says.

Each cartoon would take him about two hours, and much of that time was spent thinking through a concept.

Archie Hancock’s election on the council, and Tony Lamarra and John Sharp’s political moves were prime targets for Peter. Archie became a favourite and was embraced by the community.

“I worked on the assumption that if I made someone laugh, I was happy,” says Peter.

When the Aussie dollar dropped to 60 cents ahead of one Anzac weekend, Peter’s cartoon portrayed a game of two-up among diggers, with one saying, “Gee things are crook, mate. Threw up three pennies and they came down tuppence-ha’penny.” 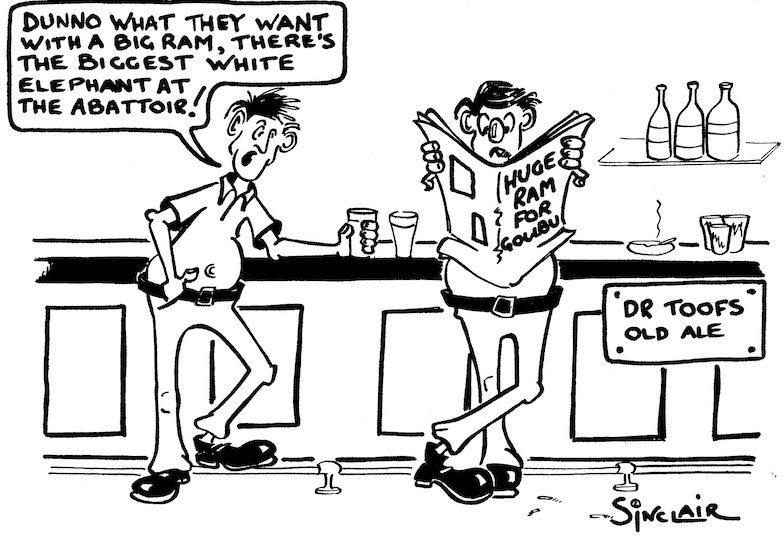 Peter began to draw for fun at Fairbridge Farm School, in Molong, near Orange, NSW, in the early 1960s. A cold, harsh institution for migrant children, life at Fairbridge was no laughing matter. Eleven years old at the time, he was determined to get on with life and make the best of his circumstances.

Rising each day at 3:00 am to milk cows, Peter applied himself to every task and finished dux of the school. He won a scholarship to Yanco Agricultural College in the Riverina, but instead went to Orange High School. He had his first cartoon published in Australian Hot Rodder, winning a year’s free subscription.

Born in Reay, a little village in Scotland’s north, Peter’s parents, Eddie and Maris, wanted to escape the fallout from a nuclear reactor just 3km away. At the time, Peter had been collecting tiny cards from Lipton’s Tea Bags, and showed his parents some featuring Australia. They agreed with his choice of an adopted country and immigrated in 1961 with their six children.

But migrants’ living quarters in Sydney were so hopelessly overwhelmed with people from Scotland, England, Yugoslavia and Italy, the Sinclairs, who had been unable to find work, and had another baby when they arrived in Australia, sent four of their children to Fairbridge.

“We were in a great big cluster, lining up for meals,” says Peter. “Mum and dad felt we deserved better so myself, two of my brothers and my sister finished up at Fairbridge.” 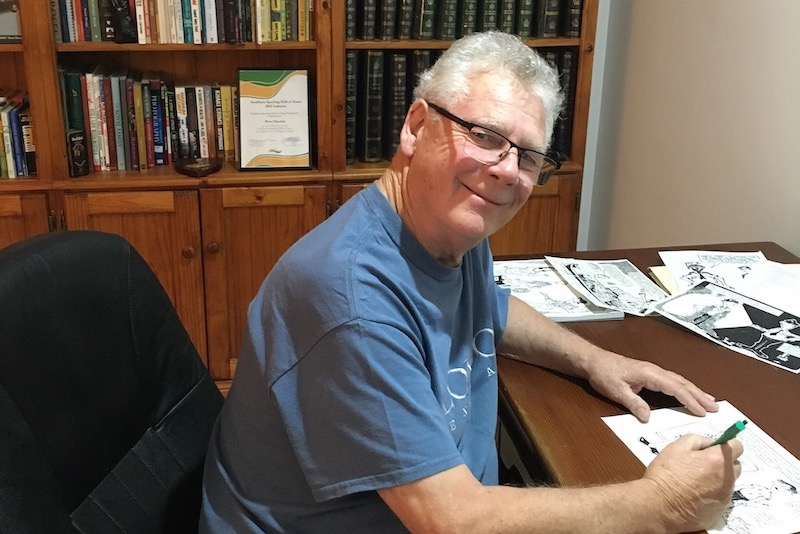 At the busiest time of his working life, Peter Sinclair turned his hobby into a weekly cartoon that cheered up Goulburn residents. Photo: Supplied.

The children were reunited with their parents after they found work and secured a home. Peter finished school at South Sydney High School.

He travelled out west while completing an electrical apprenticeship, worked at various places in regional NSW, including Goulburn, had a stint in the National Service, met his future wife, Diane Sullivan, through a mutual friend, and eventually settled on a long-term job with the then Southern Tablelands County Council.

Goulburn Post editor Ray Leeson came across one of his cartoons and offered him a weekly skit for the daily paper.

“Then on weekends to earn extra money I would be doing electrical work on the side. Plus, I was building a house and raising a family.”

Peter became a technical officer at the County Council, in charge of annual helicopter patrols covering 55,000 poles across 22,000 square kilometres.

“I would be doing cartoons on the back of a piece of paper, giving it to someone to drop off at the Post back in Goulburn,” he says.

“It was hard. You’re not allowed to embarrass people because it becomes derogatory. I never wanted it to be a force for getting a point of view across.

“The only people I used to denigrate were politicians. Then again, a lot of them deserved what they got anyway.” 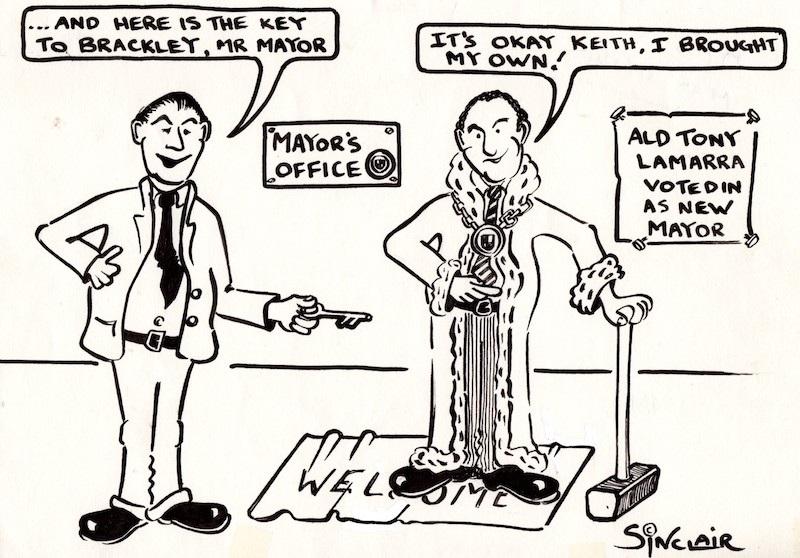 Businessman Terry Tilden was always complimentary of his cartoons. Terry and Peter belonged to the ‘POETS Society’, a group of likeminded men who met monthly at the Blue Plate restaurant.

Absorbing the mood of Goulburn from blokes who valued humour as much as he did helped with creating cartoons, but it fell to Peter alone each week to come up with the goods.

After about a decade, poor recompense fell short of delivering the return Peter needed as he continued establishing his career and family.

His creativity continues to this day and can be found in his drawings and writing, including short stories, published in Real Aussies Drive Utes, edited by John ‘Bluey’ Bryant.