The Mully Cup for November goes to… Joel Monaghan 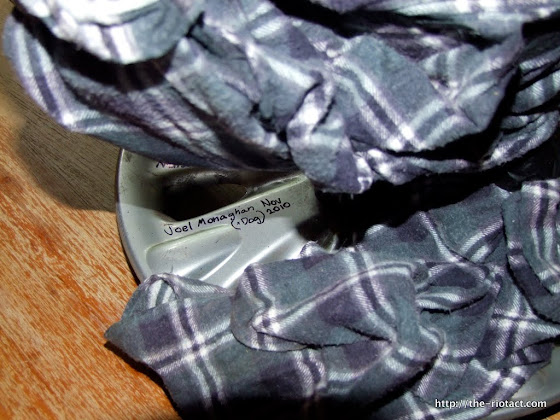 The Mully Cup is awarded to the Canberran who has stimulated the greatest amount of discussion on this site in a month, in memory of our saviour, the risen Justin “Mully” Williams.

In October there was a lack of a clear winner, and so the cup was not awarded.

But November, well, November was a bit mental. Steve Tucker would have won in any other month.

Instead we have jointly awarded the Mully Cup for November* to Joel Monaghan (+dog).

Something for Joel to put on his CV in his ongoing quest for a job.

woof woof woof…grrrr bark woof woof! grr! woof growl ! woof woof weeweee poo lick balls (mine) bark woof! woof woof? bark bark smells a puddle! smells, is that Fifee, corn in poo Ralph is that you? Herb your back don’t those French Poodles do it for you?

Can I suggest previous winners of this prestigious award have a brief bio next to their names that details their achievements in the Canberra region and their lasting legacy to the ACT.

Wht did the dog get? Go on, give the dog a bone!

Brilliant! Almost spewed my drink through my nose!

But November, well, November was a bit mental. Steve Tucker would have won in any other month.

I’m not sure if that wording was intentional or not…

Wht did the dog get? Go on, give the dog a bone!

Dee Kaden - 6 minutes ago
What about men that are homeless??? Anything similar for them? View
Mark Heinrich - 2 hours ago
These things are not either or. There’s a need for multiple solutions to multiple problems. Don’t knock something just be... View
Cameron Murtagh - 2 hours ago
Abbey Snell https://domesticviolence.org/domestic-violence-against-men/ View
News 116

Brian Rutherford - 9 minutes ago
Warren Curry a sticker the size of a postage stamp and that you can’t read in one go because most of it’s obscured? They... View
David Jones - 12 minutes ago
Okay, but zero of those accidents happen if no one was riding on the road View
Max N Gloria - 30 minutes ago
Nathan Stack I had a drunk cyclist run into me years ago, he tried demanding a new bike until I said I was calling the police... View
Community 43

Steve Whan - 31 minutes ago
Just curious, do instigators of damage have their terms effected due to vandalism caused? I dont know. Just curious. View
Inca Serrated - 2 hours ago
Not a single mention of the conditions that prisoners are living in... Lockdowns, no family contact for over a year, no meani... View
Lori J Tas - 4 hours ago
Kriso Hadskini there are currently rules around how much the govt can enforce people to pay back week to week, sadly, given h... View
Lifestyle 14

@The_RiotACT @The_RiotACT
Edgar's has added another restaurant at its iconic location in Ainslie. The Inn offers a European bistro feel with a dark, moody atmosphere ... and the mash of Sophia Brady's dreams https://t.co/AoXEOQ5I8Y (42 minutes ago)