The riddle of the Territory Plan’s precinct maps 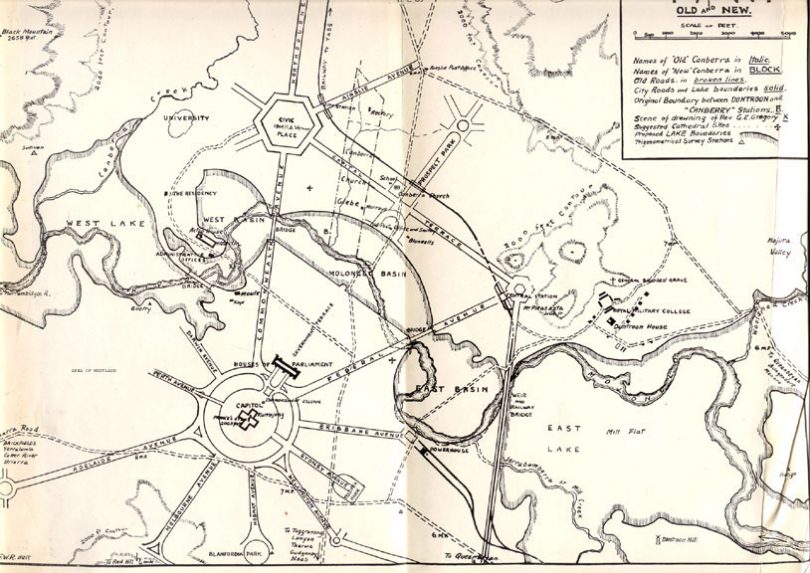 The ACT landscape has changed a lot over the years, but has it always been a good change? Image Courtesy of ACT Maps.

How did the ACT Government Territory Plan come to have more than a hundred suburb precinct maps, whose requirements may conflict with those of overlying district precinct maps, without a plan for dealing with those potential conflicts?

Director-General of Environment and Planning Ben Ponton recently proposed that the over-complicated Territory Plan be shortened to a single page. He could start by omitting twenty-three redundant precinct maps that specify no requirements. The Planning and Development Act allows him to make such changes by technical amendment, without consultation.

According to Ponton, “The reformatting of the Territory Plan introduced with technical amendment (TA) 2012-06 made no changes to underlying policies, but merely relocated provisions to precinct maps and/or codes and in the process, reworded provisions for clarity.”

Public Service Standards Commissioner Bronwen Overton-Clarke recently described this as “a reasonable and unremarkable summary of the main thrust of TA2012-06.”

Some people believe that the connection between precinct maps and TA 2012-06 is more than just a coincidence, and that the authority had avoided the consultation requirements of the Act – including the requirement to refer Territory Plan variations to the Minister and to the Legislative Assembly – by inappropriately determining that the introduction of precinct maps was a technical amendment. The Act says that technical amendments may relocate provisions within the Territory Plan, but it makes no mention of precinct maps.

This issue was discussed at Environment and Planning forums attended by former Director-General Dorte Ekelund. She wrote that “it was Mr. Jim Corrigan, Executive Director of Planning Delivery, who stated that TA2012-06 [simply] relocated existing provisions in the Territory Plan to precinct codes. This statement is not inconsistent with the notifiable instrument.”

I raised these issues with Planning Minister Mick Gentleman. He replied that he is “satisfied that all Environment and Planning Directorate officials have acted in accordance with the ACT Code of Conduct in relation to the issues you have raised.”

The first two pages of notifiable instrument 2012-622 reproduced below might answer some of these questions, but a permanent solution to this riddle is yet to be found.

Do you think the Territory Plan should be shortened? Do you think consultations with the relevant authorities should have been conducted prior to introducing precinct maps? 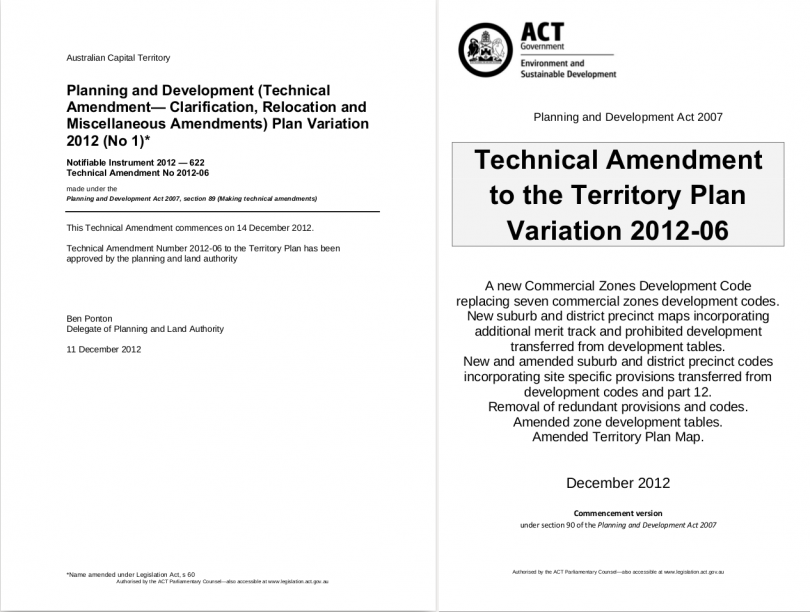 There is something missing in this narrative. Oh yes, the bit in between something happening and the decision to make a complaint of misconduct. Some people would call it substantive evidence. Please share.

The Overton-Clarke quote was from her response to my complaint that officials had breached the Code of Conduct by failing to “provide accurate information (and promptly correct errors if they are made).” I leave it to Rioters to join the dots, because she also threatened that “action would be taken if there were further unwarranted accusations against [any] officer in relation to this matter.” I await a response to my further complaint, which alleges that this intimidation breaches Section 9(2)(e) of the Public Sector Management Act: http://www.austlii.edu.au/cgi-bin/viewdoc/au/legis/act/consol_act/psma1994235/s8.html

There is something missing in this narrative. Oh yes, the bit in between something happening and the decision to make a complaint of misconduct. Some people would call it substantive evidence. Please share.

bikhet - 44 minutes ago
A pox on them! They are a blight in Civic and they want to spread them elsewhere? View
Opinion 63