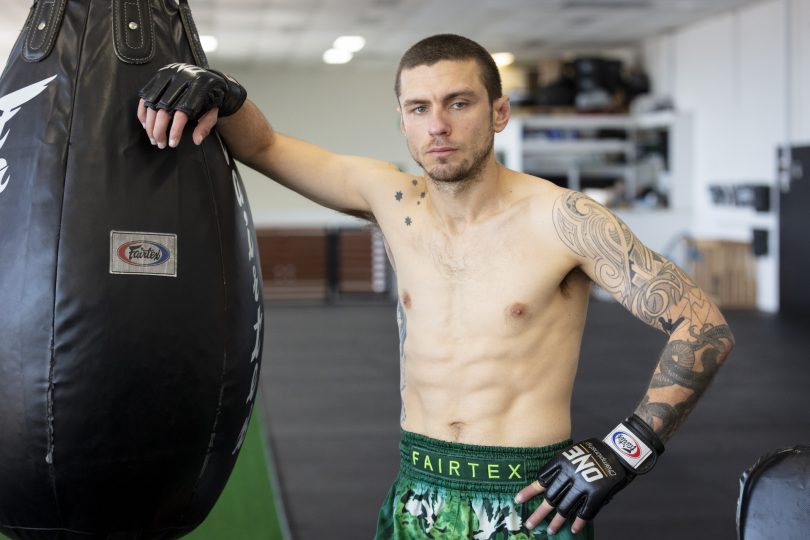 Known in the ring as the Timebomb, Canberra Muay Thai fighter Josh Tonna is counting down to the fight of his life next week in Singapore.

The 32-year-old Josh is humble and steely as he prepares to explode against Thailand’s Sam-A Gaiyanghadao, the number one ranked 36-year-old reigning strawweight kickboxing and Muay Thai world champion with more than 400 fights under his belt.

Born in Canberra, the now Queanbeyan-based Josh has a mere 51 fights, but he says he is more than ready to stamp his mark against the best in his sport after organising permits and exemptions to fly out of Canberra this Friday for the ONE Championship bout on 9 October.

“This is massive,” Josh told Region Media. “Sam-A is the champion but this is his first title defence in Muay Thai.

“This is the biggest title I could hope to go for in Muay Thai, as ONE Championship is the largest combat sports company in Asia and the sport is really starting to grow in places like Europe and, hopefully, here in Australia.

“This fight is bigger than anything I’ve ever done and to win would mean everything – more sponsors, more for the gym and everyone there, and hopefully bring the ONE Championship to Australia.” 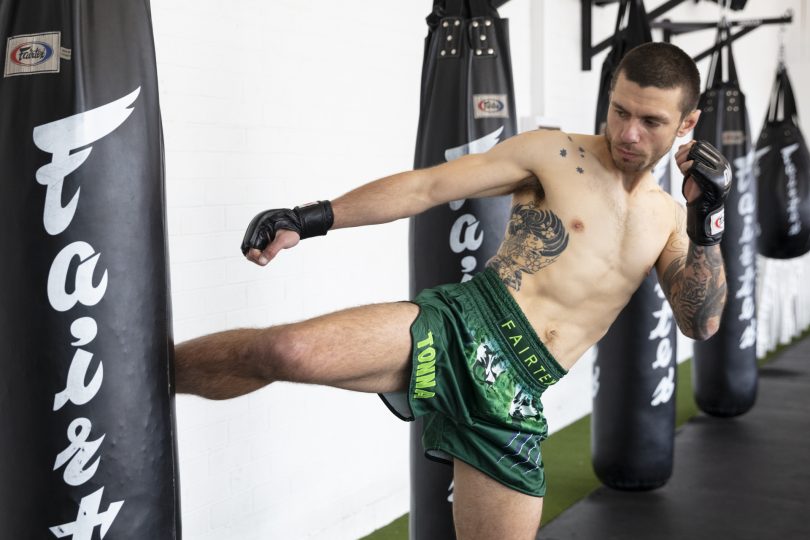 Josh Tonna training at the Muay U gym this week ahead of his world title fight in Singapore.

Josh trains at the Muay U gym at Fyshwick and says he has been waiting for this moment since he was six years old. After being bullied at a party, he took up the sport and since his first fight as an 18-year-old, has been steadily climbing the rankings to be recognised on a world stage.

In February, he scored a knockout win over five-time world champion Englishman Andy Howson in Jakarta after landing a devastating blow in the second round.

Josh’s next fight was meant to be in Vietnam in March, but the COVID-19 pandemic knocked that opportunity out of the picture.

After issuing a challenge to Sam-A, Josh got the call to fight the world champion six weeks ago and has been dedicating every moment to his next moment in the spotlight, which is the main event on the card on 9 October.

Josh’s record of 34 wins and 17 losses is a long way from his foe’s staggering professional record of 369 wins 47 losses and nine draws from more than 25 years of competition. Both fighters weigh in at 61kg and stand eye-to-eye at 168 cm.

Sam-A this week told the ONE Championship website that he is glad to be fighting his new Aussie nemesis.

“I [heard] he had always wanted to fight with me, since before the COVID-19 outbreak,” Sam-A said. “I have been watching his fights. He did great in the last one, maybe it’s because it was his natural weight class,” the Thai offers.

“When he fought in the flyweight division, he was slower – way slower. But in this weight class, I think he got faster and stronger. His strikes were also harder.” 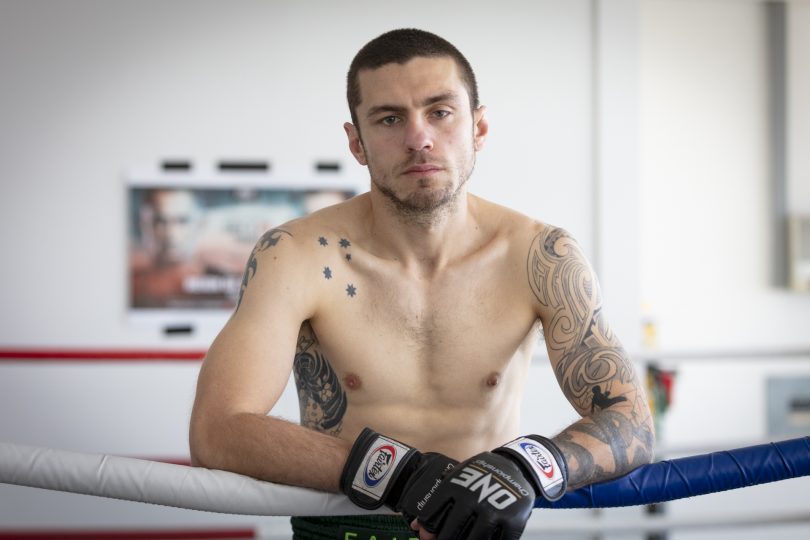 “You can win or lose a fight before you even step into the ring,” says Josh Tonna.

Josh says the Thai champion has very few weaknesses, but he will look to use his own fitness and preparation for this fight that has included five Muay Thai sessions per week, along with strength, stretching, meditation and breathwork sessions under coach Steve Bingley, a former Army paratrooper and exercise physiologist.

Josh admitted he was nervous, but that was a good sign.

“You need the nerves to perform, so just learn to deal with the nerves and use breathing techniques and just rely on my training and preparation,” he said.

“You can win or lose a fight before you even step into the ring just through self-doubt and negative talk, so you’re really only fighting yourself. If you can push yourself really hard and not give in to the talking in your head, you can win anything.”

With the support of his wife Kirsty, son Harry, 7, and daughter Elsie, 3, Josh says his sport is “the perfect art”.

“Muay Thai is a way of life,” he says. “Good fighters look skilful and there’s a certain amount of beauty even though the sport is quite violent. It can also be like a dance.”