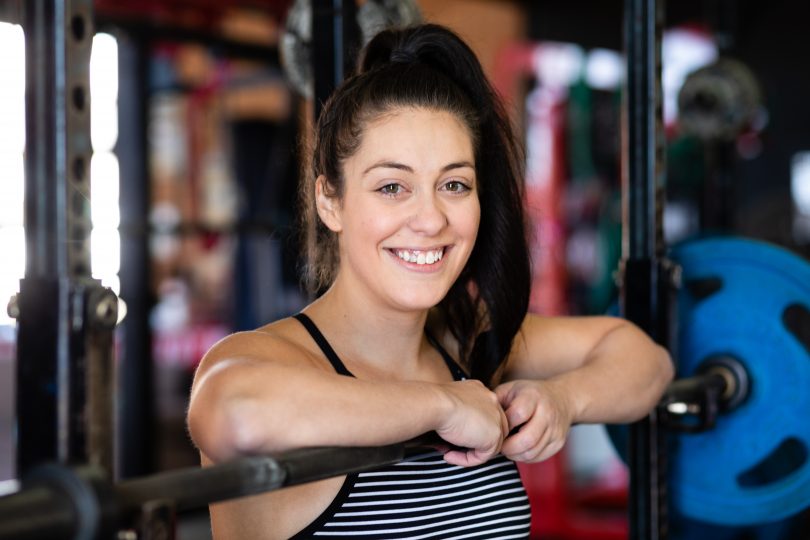 Vanessa Schimizzi says she once competed on a fractured ankle. Photo: Daniella Jukic.

Former national gymnastics representative Vanessa Schimizzi has described being forced to perform on a fractured ankle and being on the receiving end of abuse from staff, coaches and teammates during her training in Canberra, as elite representatives speak out about what they say are deep cultural problems in the sport.

Her story is just one of several disturbing accounts, including a separate account of sexual harassment from a Canberra gymnastics coach that was ‘swept under the carpet’.

An organic social media campaign is highlighting the toxic culture around gymnastics, with reports of bullying, body-shaming, making athletes perform when injured and sexual harassment.

“You have got to be the perfect body shape, eat the right foods, always come to the gym to train. They would make you feel guilty for being sick or not coming in. Even if you’re injured, they expect you to somehow train. I once competed on a fractured ankle,” Vanessa said.

“We just pushed through it. We would strap our feet, put back braces on, whatever anyone needed to still train.”

Gymnasts united online to share often traumatic stories of psychological and physical abuse. Many attributed the movement to the Netflix documentary Athlete A, which depicts the USA Gymnastics coverup of sexual assault.

Mary-Anne wrote: “I, like so many others, have experienced body shaming, have had food withheld, been yelled at until I cried (even as an adult athlete, which is downright embarrassing), and been manipulated and ‘forced’ to do things that I was not physically ready for or capable of doing, which ultimately lead to career-ending injuries.”

On Thursday (30 July), Gymnastics Australia announced that the online movement had prompted an investigation by the Australian Human Rights Commission.

Gymnastics Australia CEO Kitty Chiller has applauded those who spoke up, reinforcing a zero-tolerance attitude towards abuse.

“The review will build an understanding of the culture of gymnastics in Australia and any barriers there may be in reporting behaviours that go against what we stand for,” Mrs Chiller said in a statement.

Australian Institute of Sport and the National Institute Network welcomed the announcement by Gymnastics Australia and offered support through the Mental Health Referral Network for current and past athletes.

In a move to address mental wellbeing in young people, the AIS has also released a Mental Fitness Program in partnership with the Black Dog Institute. The program works alongside 27 current and former elite athletes to educate school-based communities about mental health coping strategies.

While changing sporting culture is an ongoing task, Vanessa is sceptical that concentrating on athletes will address the core of the problem – outdated coaching and management methodologies.

“At the end of the day, it comes down to the coaches and who is actually monitoring the way the coaches coach. They are there for four hours a night and no one is watching the way they are treating these girls, only the girls experience that,” Vanessa said.

“The change should be in the way the coaches treat everyone, rather than outside support. The support needs to be coming from the coach and the top and the community itself. They [gymnasts] shouldn’t have to be seeking support if they are enjoying their time there.”

AIS Engagement Manager and former NRL player Adam Woolnough said the programs and referral networks for coaches and athletes are part of a whole strategy; however, he recognises that future development is still needed.

“We can put our hand up that there is some room for improvement, but we recognise it and that’s what we are looking at for the future,” he said.

“The AIS is really committed to the mental health of athletes and that includes support services.” 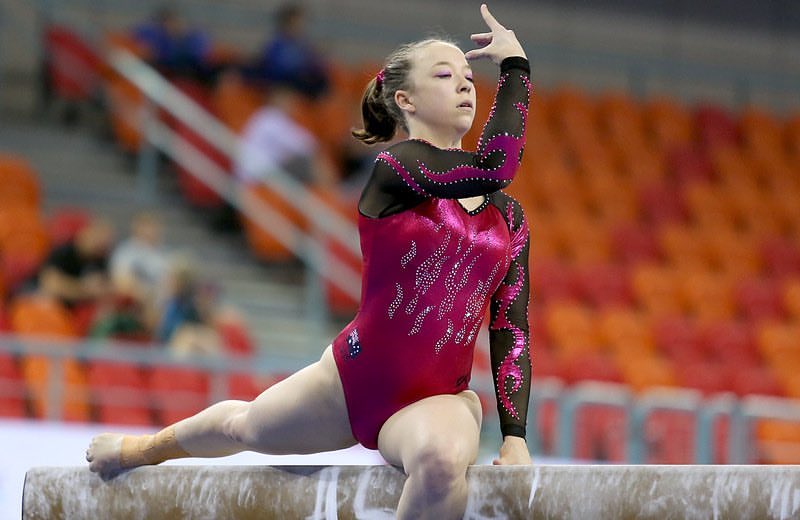 Mary-Anne Monckton said she was body-shamed, had food withheld and was yelled at until she cried. Photo: Nadia Boyce.

Gold medal Paralympian Cameron Crombie is part of the program, hoping to share how he bounced back from multiple career setbacks and severe injury.

“I know personally growing up, there wasn’t a lot of focus on mental health and mental wellbeing. As athletes we can use our experiences and our training to impart some of that knowledge and maybe prepare young students for some battles and some tougher times,” he said in a video released by the AIS.

After years of bullying and exclusion, Vanessa moved to another gymnastics club. Through positive coaching, she changed from feeling worthless and too scared to speak to reaching a personal best.

“When you just believe in someone it makes such a difference,” Vanessa said.

“They saw my potential. I actually enjoyed it and had fun. I made it to Nationals and had the confidence to make it to finals.”

Vanessa is one of many coming forward to highlight the necessary changes needed to influence the culture of sport, to focus on the athlete for the wellbeing of future generations.

A decade ago I removed my then 9yr old daughter from National level gymnastics at a Canberra club. I was unhappy with the level of physical disciplining, in particular the slapping and pinching from the coach that was leaving bruises. When she broke her leg (at home) they pushed very hard insisting that she should still turn up for the full 11 1/2 hours of coaching a week, so that she would not fall behind. They wanted her to still “do as much as she could” on the broken leg. Furthermore we were having trouble getting her to eat anything and she was constantly tired with headaches. I raised all this with the club and they insisted that that was the only way to coach gymnastics at a high level.
There has to be a better way.