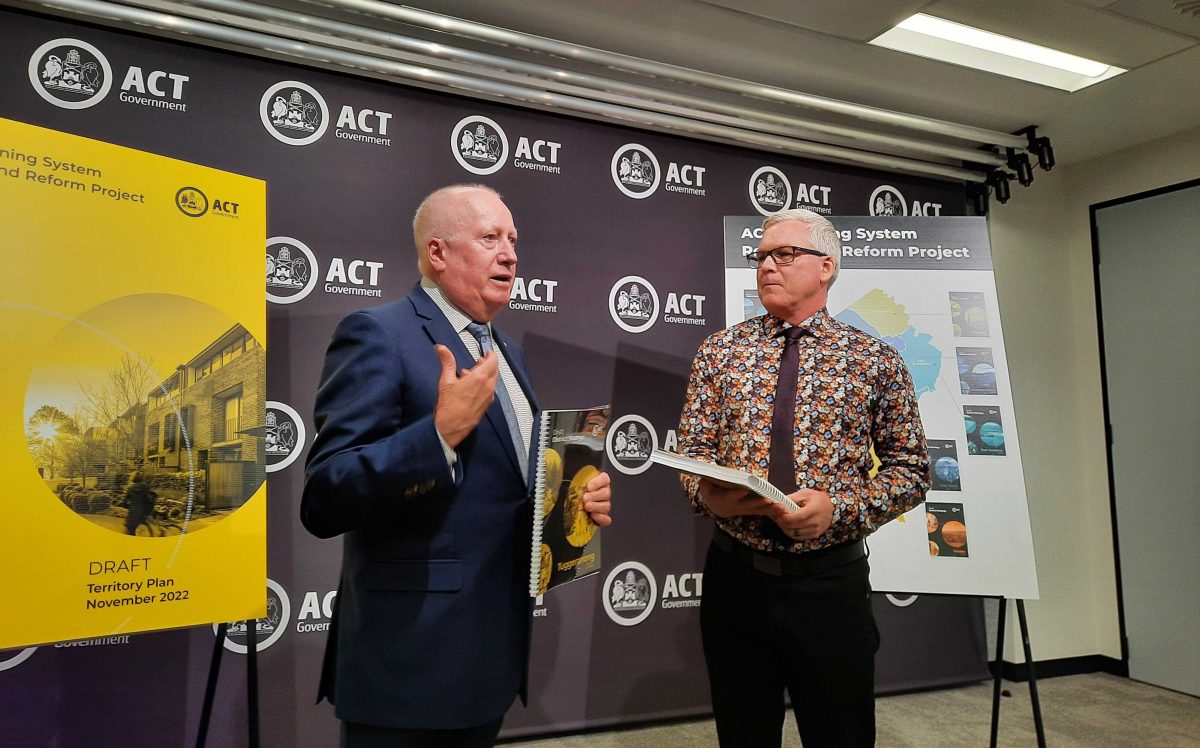 The ACT Government’s planning review completely misses the mark and will only be a reset of the existing system, according to the Weston Creek Community Council.

In its submission to the Legislative Assembly inquiry into the draft Planning Bill, the council takes a stick to the legislation saying it poses probity and governance risks, lacks decision-making and assessment criteria, is vague and lacks clarity. It says outcomes-focused planning will likely result in poorer development not better.

“Good models that provide greater specificity and a higher level of community participation, such as the South Australian Planning, Development and Infrastructure Act 2016, have been ignored,” the council says.

“This has resulted in a draft that does not encourage quality building and development, does not cater for the needs of the population, does not address affordability, nor does it acknowledge the missing middle or opportunities to move into and stay in a chosen local area for whole of life.”

The council says the government has taken a piecemeal approach to planning reform.

“Ploughing on with the District Strategies and new Territory Plan (when the fundamentals of the Planning Bill have not been addressed) is a recipe for disaster,” it says.

The council argues there should be two bills – a Planning Policy Act to do with governance and a Planning Administration Act, where compliance and enforcement functions would sit.

Among a raft of recommendations, it calls for greater scope for public consultation and input including through the National Capital Design Review Panel and for the Assembly to have greater scrutiny of planning matters.

“We understand that expert advice on the probity risks this arrangement presents has not been sought. This is entirely unacceptable!”

The council says the minister must make guidelines about good consultation and community consultation must be mandated.

It says the bill should be more explicit, have anti-corruption provisions and clear process for the review of decisions, including those of the minister.

The council is also concerned about the way new suburbs are being built.

It calls for estate development plans to identify what and when community services, and amenities such as shops, are to be constructed, and be binding, as well as the mandating of human and environmental impact studies.

Submissions to the inquiry closed on 16 November and hearings will take place on 6 and 7 December.

‘Vague and lacks clarity’ pretty well sums up the GreensLab council in totality.

“Ploughing on with the District Strategies and new Territory Plan (when the fundamentals of the Planning Bill have not been addressed) is a recipe for disaster,” it says.”

The District Plans are a waste of public money – a useless mish-mash of long-winded blather which seem to assume that the answer to every planning and housing issue facing the ACT is trams, trees and channeling the ancient wisdom (or something along those lines) of local Aboriginal people.

The real purpose of the plans is presumably to provide a veneer of thoughtful coherence and logic while maintaining maximum flexibility for the planning bureaucracy and minister to approve whatever they like – because the plans are so woolly that they could be interpreted to allow (or disallow) just about any development depending on how it is spun.

Is that a cardboard cutout of the minister?

Their infill plans will turn Canberra into a giant dump!
Not to mention will fly in the face of the urban Forrest project.