27 May 2021 | Michael Weaver
Start the conversation 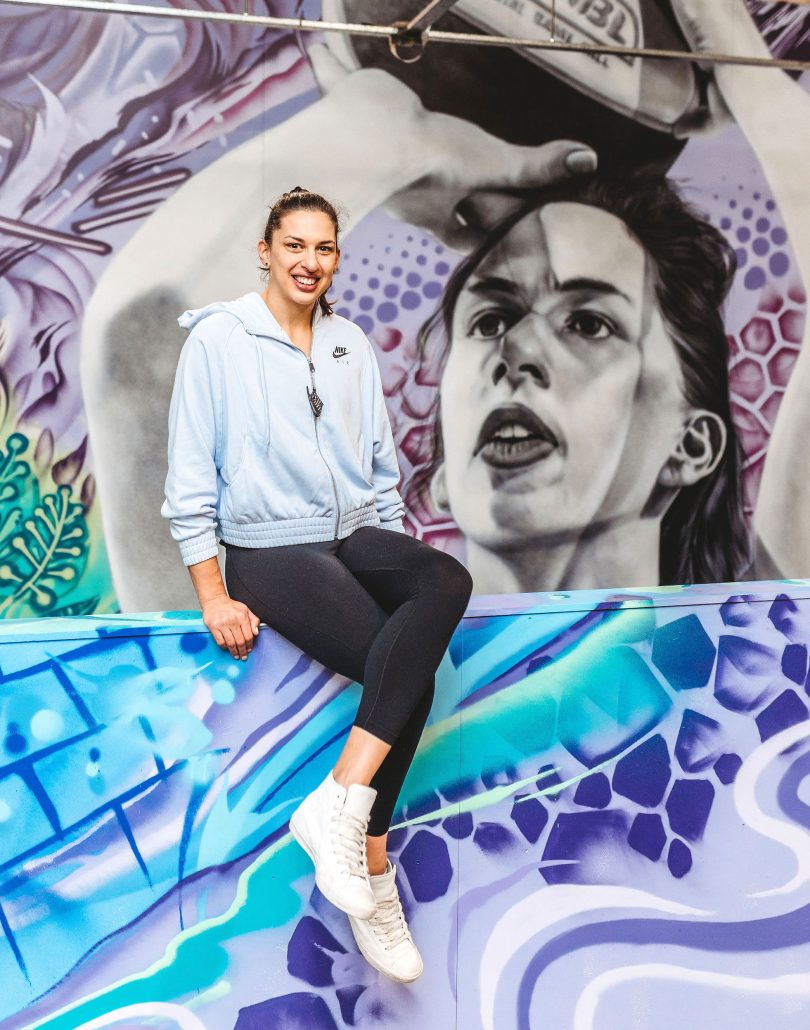 Three larger-than-life murals that pay homage to Canberra’s Olympic Games hopefuls Marianna Tolo, Caroline Buchanan and Ethan Copeland have been unveiled in the car park of the Canberra Centre.

The murals are the work of Queensland artist MattyBro, who has been commissioned to do large-scale portraits of sporting personalities in public and private spaces around Australia.

“I really love Canberra’s art scene and this was a great opportunity for me to create a unique mural involving very talented athletes,” says MattyBro.

The ACT’s much-loved Canberra Capitals and Australian Opals basketball star, Marianna Tolo, is preparing for the Tokyo Olympic Games in July after making her Olympic debut at Rio in 2016 following an anterior cruciate ligament (ACL) injury that almost derailed her career.

The 196cm athlete says she is thrilled to have the backing of the Canberra public as she prepares for the Tokyo Olympics.

“I love Canberra and its community and am proud to be a part of it,” says Marianna.

“I have grown with the city and experienced so many special moments here, including winning WNBL championships in 2009, 2010 and 2019 in front of a packed AIS arena.

“I love the way Canberra gets behind women’s sport in particular and I am so thankful for that.”

“Being a Canberra athlete is my stomping ground,” she says. “It’s the roots that launched my international BMX and mountain biking career.

“The facilities, community and relationships here are what formed a solid foundation for my success. I am so proud to always come home to the nation’s capital and call it home.”

He is hopeful of making the trip to Tokyo as one of the youngest members of the Australian Olympic team in one of five new sports added for the 2021 Games, including softball, karate, sport climbing and surfing. 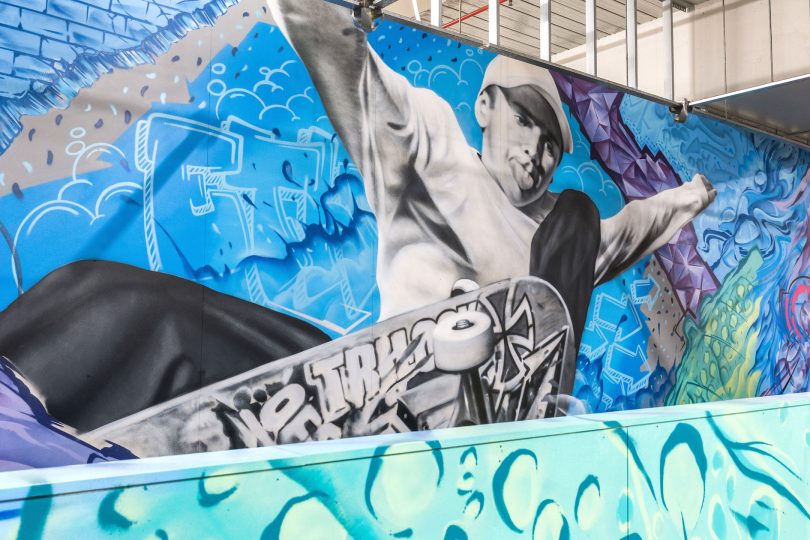 “We’re proud to use this space in the centre to showcase our community’s local sporting heroes as they prepare for one of the biggest moments in their careers,” he says.

Gary is thrilled to announce some exciting changes that are coming to the Canberra Centre’s basement level-one car park, where the murals are located, beneath Coles.

A Fitness First outlet will relocate to a space under construction behind the murals.

“Although it is still too early to confirm exact timings, we expect Fitness First will be able to open in its new location by the end of the year,” he says.