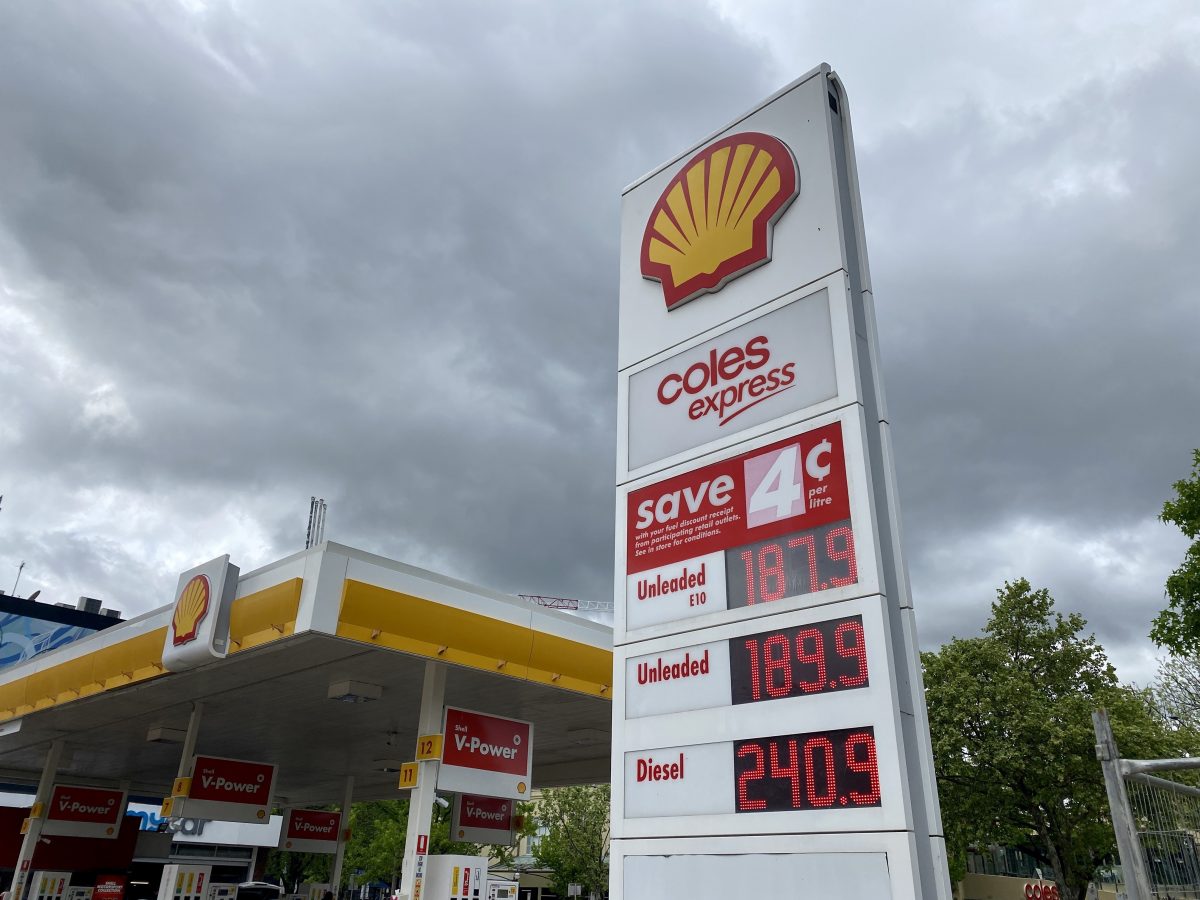 Europe’s energy crisis might seem like a distant problem, but it’s the reason you’re paying so much for diesel at the moment, according to Australia’s peak fuel body.

Today (27 October), Canberra motorists are paying between $2.31 and $2.43 per litre for diesel. For comparison, the average price of regular unleaded petrol is $1.88 per litre.

Australasian Convenience and Petroleum Marketers Association (ACAPMA) CEO Mark McKenzie says he can’t remember a time it was so high.

“In theory, diesel should cost less than petrol because it normally carries a refining cost of about five cents per litre less than that of petrol. But in recent times, it has been three times higher, and in the middle of June, 11 times higher than that, simply because of the competition for the finished product.”

READ ALSO The figures are in: Floriade 2022 didn’t break any records but still made it into top 10

He “absolutely” lays the blame on what’s going on in Europe.

“The massive impost on the cost of diesel at the moment is because of the renewable energy crisis in Europe, and the fact so much diesel is being snatched up for use in power generation.”

Europe has been in the grips of an energy crisis since Russia invaded Ukraine earlier this year. The continent’s renewable energy production was caught unprepared when Russia retaliated to EU sanctions by cutting natural gas supply in September.

In Canberra, the extra cost is rising through the supply chain to eye-watering levels. 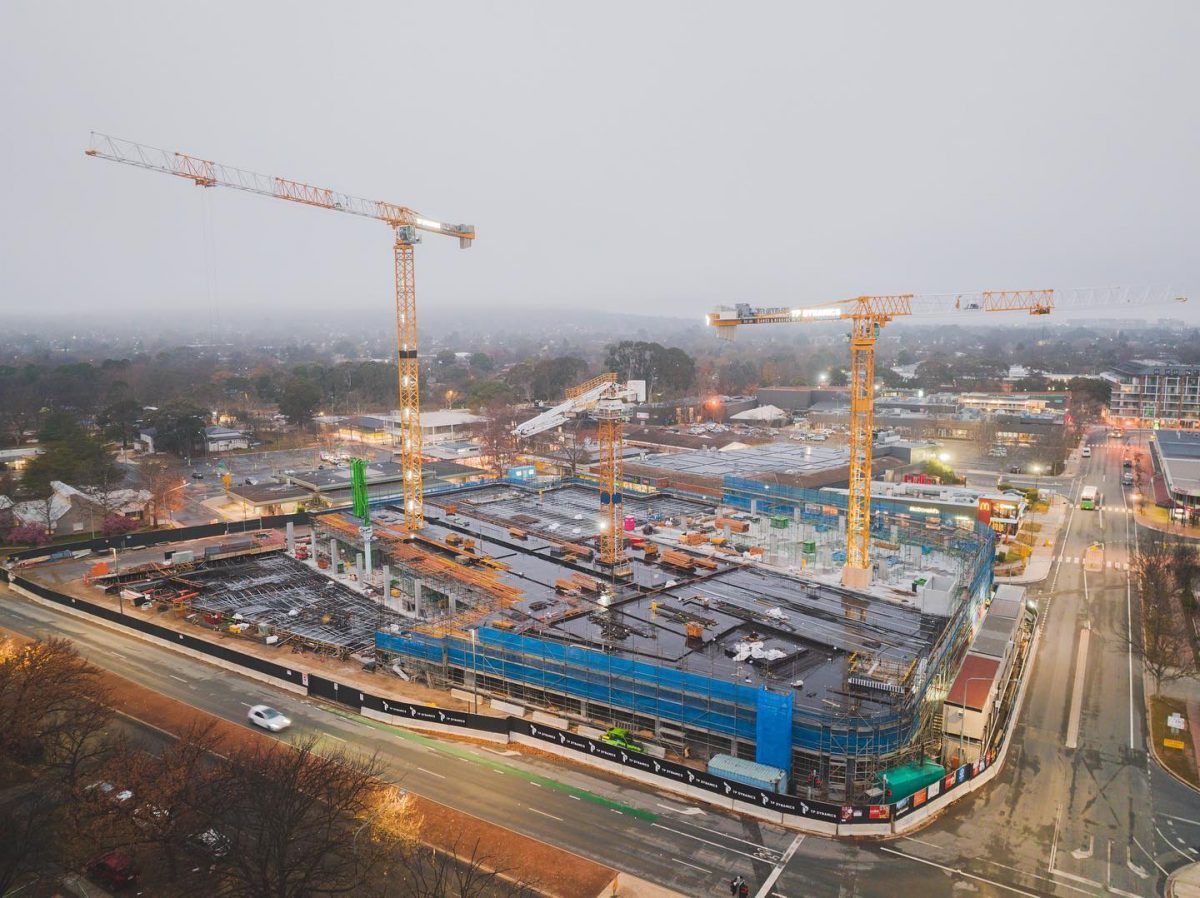 Local property developer TP Dynamics is preparing a site at Dickson Village for a new Coles supermarket and Liquorland with a range of large-scale excavators, skid-steer loaders and other heavy machinery and trucks – all powered by diesel.

Construction manager Jordan Wind says they have noticed the rising costs across the board, from earthworks to material supply.

“Nine months ago, we would pay between $155 and $165 per hour for truck hire to cart material around,” he says.

“That has now increased to $170 and $190 per hour. That may not seem like much, but when we have up to 15 trucks onsite per day at eight hours each for three to four months, it really starts to add up.”

Then there is the cost of supplies, which Jordan says has risen by up to 20 per cent.

Ablett’s Transport is a family-run trucking company with offices in Sydney, Melbourne and Canberra and a mixed fleet of older and newer vehicles. Spokesperson Leigh Ablett says they keep a bulk supply in their Canberra yard, but the bill for this has “gone through the roof”.

That’s not the only problem.

In January this year, Ablett’s was almost forced to pull their trucks up on the side of the road due to a shortage of AdBlue. 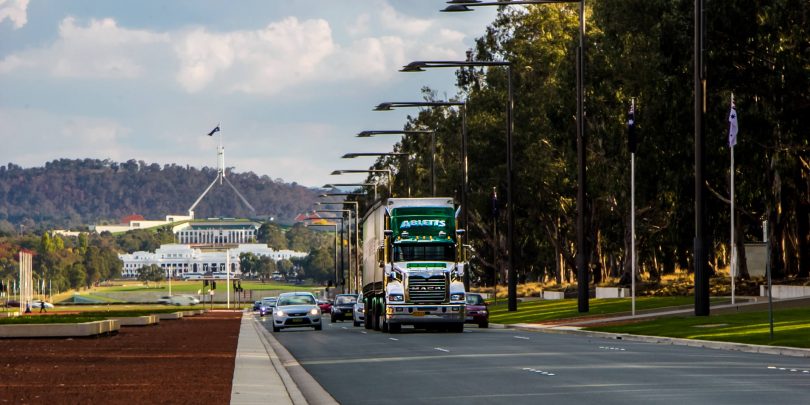 AdBlue is a mixture of 32 per cent urea and 68 per cent demineralised water, stored in a separate tank from the diesel and injected into the exhaust systems of modern cars, trucks, farm equipment and construction machinery to rid the gasses of the most noxious elements.

China stopped exporting urea in 2021, ostensibly to ensure their farmers had enough supply and caught Australia off-guard. Queensland-based industrial chemical company Incitec Pivot was forced to ramp up production but flagged a closure in December 2022 due to a gas supply dispute.

Leigh says there are no issues with the supply of AdBlue at the moment but isn’t hopeful for the future, noting that much of Australia’s urea supply still comes from overseas, particularly the Middle East.

What does that mean?

“We’ll be vulnerable again,” he says.

Well the Government better do something to help the diesel market such as travellers, unless it wants to hurt the domestic holiday travel market given how many 4wds are used to travel, not to mention the high number of tradesman work utes that are also diesel.

Considering diesel is nowhere near as costly to refine, why is it ?

It’s kind of complicated? Please spare us.. Hasn’t been that expensive like $200 a barrel. It has always been cheap oil and you guys are kidding yourselves. Go to small towns like Robertson going towards the Macquarie pass and it’s always 40 cents cheaper. I wonder why? Canberra has and always will be a stitch up because you’ve got a captive audience and most are on good incomes so it is abused at every service station.

Samuel Nicholls Not at the moment… Came back from JBay today and literally no station from Nowra to Batemans was worth the detour.
Ended up coming back to CBR to refuel at 231.9 …

Samuel Nicholls usually yes, but currently same price all down NSW East coast as ive noticed when refilling on my trips. Sydney same as CBR.

What a load of claptrap. Just call us mushrooms, kept in the dark and fed manure. It is all about profits and ripping us off and the cost flow on is pushing up inflation which the RBA is not taking into account.

It’s not cause Russia invaded Ukraine but cause The Biden administration has interest to fund Ukraine in a war that will not be won but only make those in the War production business get wealthy.
An increase in our fuel is just more reason to believe Electric Vehicles are the saviour…….🤔

There’s a global shortage of diesel which is driving prices up. I’m sure the oil companies are also taking advantage of this and profiteering as well.

corporate greed and out of control rampant late term capitalism

I own an LPG car, still paying 99c for Aussie made, clean, 110 Octane LPG… buy local, create jobs, save money…. should be more of it…

AdBlue is needed to reduce emission from vehicles, but not for basic operation, and could done without in an emergency, at the cost of increased pollution. This would require a technician to change settings in the vehicle’s electronic control system. Or your friendly local industrial chemist could make AdBlue. Unfortunately it is not so easy to do without diesel. Utes, trucks and buses can use batteries, but the upgrade, and infrastructure, is not cheap, easy, or quick.

Europe is powered by gas, renewable, nuclear, and coal. Now the gas has been severely limited and the other three are struggling to keep up. Don’t call it a “renewable energy crisis” when it’s a gas shortage.

Martin Budden gas crisis in Europe has taken an odd turn. Gas is in surplus and price just went below zero.

Warwick Bradly it turns out you are right, there is a temporary over-supply due to lots of imports and unusually warm weather. European gas prices are expected to rise as winter sets in. https://www.google.com/amp/s/amp.cnn.com/cnn/2022/10/26/energy/europe-natural-gas-prices-plunge/index.html

Yep, stupid is as stupid does. Europe picked a fight with its main supplier of gas just before winter. On a scale of “how dumb can you be? “, this is 11 out of 10.
All markets are minaipulated, they oil boys are just making money while they can.

“Europe picked a fight …”? Please explain, I would love to hear this version of events.

From a barrel of crude oil about 159 litres is turned into fuel (72L of Petrol, approx 40L of Diesel and 14L of Kerosene and Aviation fuel) during the distilling process. The rest (33 odd litres) becomes stuff like plastics, fertilisers, tyres, ashphalt, etc.

The interesting thing about aviation fuel is that they can tweak the distilling process so that they can produce either more Diesel or more jet fuel. Since Covid restrictions were lifted there has been an increase in demand for aviation fuel, so less diesel is being produced.

I saw that same report on AutoExpert. Doesn’t explain pre-covid when aviation was normal. Also, can’t see a shortage as every service station has diesel on hand. OPEC cutting production next month isn’t going to help and will only add to inflation when diesel goes up to nearly $3 a litre if current trends continue.
Still hard to swallow how there can be a 50c difference in price between the cheapest petrol and diesel.
I volunteer to offer up my diesel ute for ANU’s hydrogen/diesel experiment 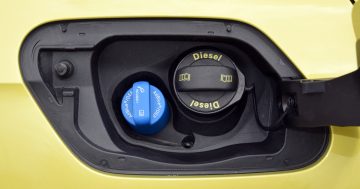