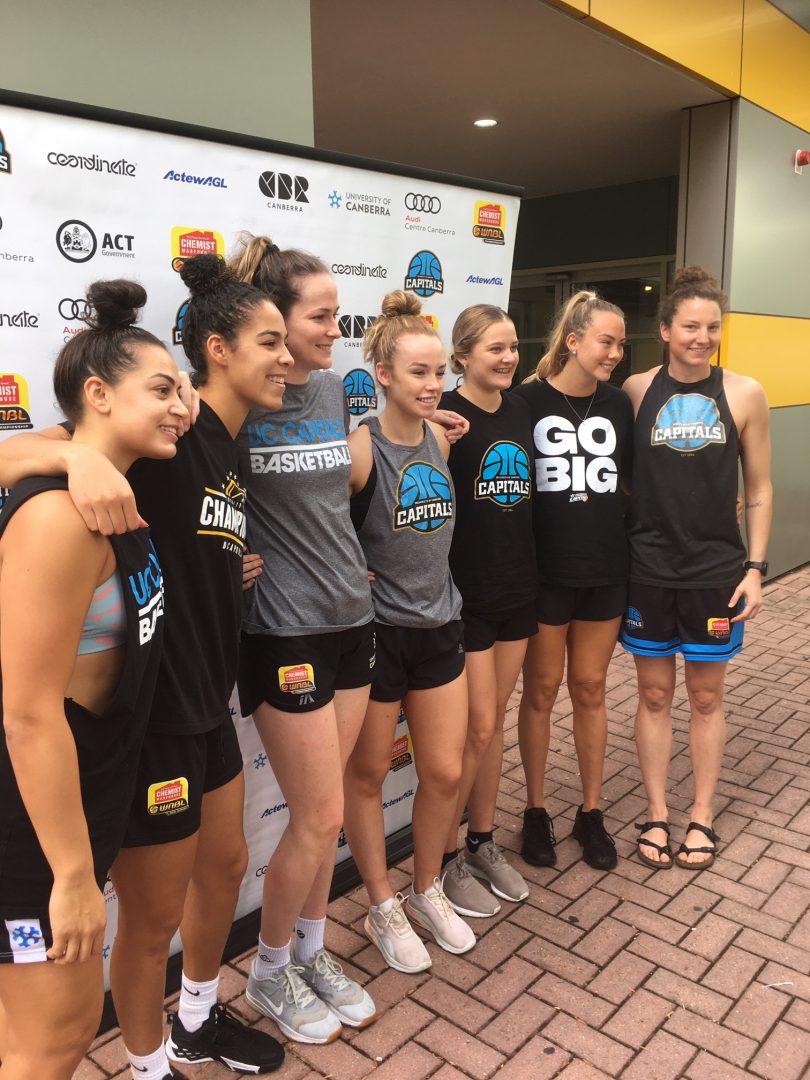 When UC Capitals coach Paul Goriss signed the then-emerging WNBA star Kia Nurse in 2018, he had to work hard to convince co-captain Kelsey Griffin that the new recruit would be different from most other imports.

Griffin, one of the fiercest competitors in the WNBL, had reason to be sceptical given the somewhat patchy record of imports in the league in the past. Often a season in Australia is seen by imports as a summer vacation in between US WNBA seasons.

It didn’t take long to convince Griffin that Nurse wasn’t here for a holiday as she proceeded to score 26 points in her opening game for the Capitals after just one training session with the club.

Nurse has emerged as a rival to Griffin as one of the most competitive players in the WNBL. That physical and mental desire is no more evident than on the training court with Nurse and Griffin pushing each other to the limit.

A few weeks ago after being named the WNBL Most Valuable Player, the first import to win the award, Nurse was asked about her competitive spirit. Her reply was that in a high-achieving sporting family, she has been that way for as long as she can remember.

The recruitment of Kia Nurse for a second season was a coup given her growing status in the game as a WNBA All-Star and a genuine superstar globally.

Paul Goriss deserves plenty of credit for creating a truly inclusive environment where players are comfortable in expressing themselves on and off the court, with no player seen to be above the team ethos.

A case in point being the way players, such as Olivia Epoupa, have seamlessly fitted into the team structure following the loss of key players Kelly Wilson and Leilani Mitchell. Epoupa and Maddi Rocci have emerged as vital cogs in the UC Capitals structure.

Perhaps no player exemplifies the team ethos more than Marianna Tolo with an ability to bring her teammates together, whether it’s on the court or on the bench. Keely Froling, who has grown enormously as a player as seasons go by, matches Tolo’s passion for the team.

Kelsey Griffin is the heart and soul of what makes the UC Capitals such a dangerous team to play against. She has the ability to make a play like few others in the league can do. This is combined with her desire to extract everything possible out of each performance.

Let’s not forget also that this is a team that has been without Mikeala Ruef and Kristy Wallace for the entirety of the season.

This team has expressed an inner strength with an ability to overcome adversity. It is what sets them apart in the league.

The UC Capitals have also been able to draw on the genuine affection the community of Canberra has for the team. This is a team of which we can all be proud.