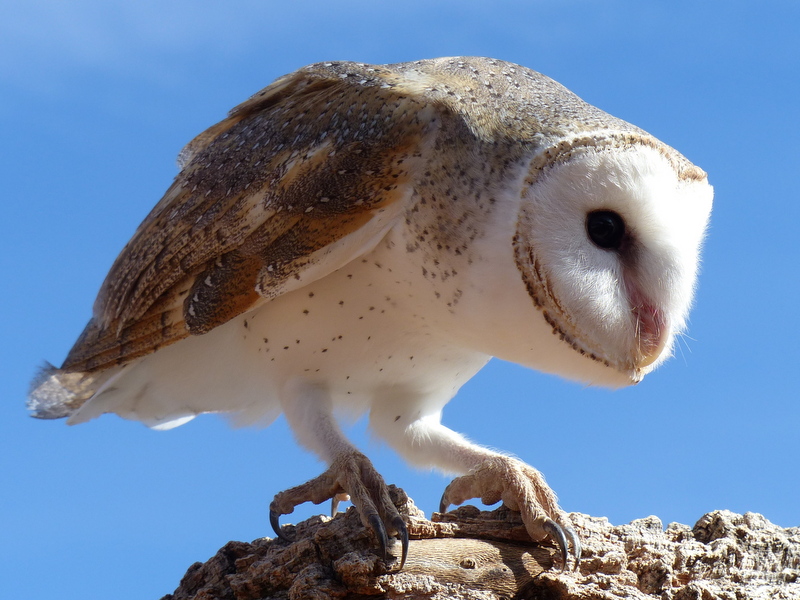 For the most part, Canberra households seem to have been spared the feared ‘mouse wave’ that was predicted to overwhelm us a little while ago, helped no doubt by the onset of the winter cold. We’ve also been helped by some mouse hunters I’ve seen along the roadsides, hovering overhead or sitting on the wires, watching for movement in the grass.

Nankeen kestrels are handsome, rusty coloured little falcons – our smallest daytime bird of prey – which can often be seen on the edge of suburbia. ‘Nankeen’ comes from a town in China, which widely exported cheap, yellowish cotton cloth in the 19th century, and became the name of the colour.

The kestrels are not particularly disturbed by people, but they do need open grassy areas to hunt mice and, in warmer months, small lizards and grasshoppers. Like all birds who hunt, their eyesight is remarkably acute, picking out tiny movements in the grass and distinguishing them from puffs of wind.

They often sit on wires or branches to scan. However, they are also accomplished hoverers. In my last column on eastern spinebills I talked about hovering by small birds at flowers, enabled by very rapid wingbeats forward and backwards to cancel each other out in order to hang in the air.

But this isn’t possible for larger birds so kestrels ‘wind hover’. In fact, the old name for the English kestrel – closely related to our kestrel – was windhover, a name which was also widely used in Australia in the 19th century.

A kestrel achieves this by ‘leaning’ on the wind, flying forwards at exactly the same speed the wind is pushing it backwards. To take the swirling changes in the air currents into account, they must constantly adjust their wing and tail feathers, fanning or closing them and altering their angles to maintain position. 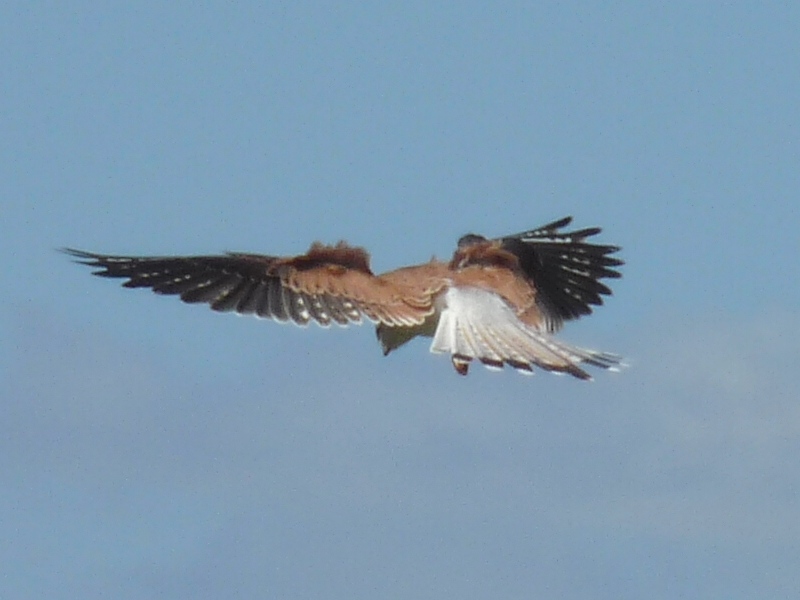 It is a remarkably complex and skillful behaviour. It is also very energy intensive so why not just sit on the wires as many kestrels actually do? Well it turns out hovering is also a much more effective way of hunting.

Studies in England showed kestrels are at least 10-15 times more efficient at catching prey when hovering compared to when they’re perched. Presumably this is at least partly because they can choose their spot, and constantly change it if it’s not producing a meal.

They have very large eyes to assist their acute vision, but this means they can’t move them to compensate for the constant body movement. Instead they must try to hold their head as still as possible while their body is moving beneath it.

Another specialist mouse eater has turned up again recently around Canberra, having been absent for a little while: the lovely black-shouldered kite, another hoverer though not at all related to the kestrel, which follows the mouse eruptions.

Mostly white and grey, it can look remarkably seagull-like when perched, with a glaring red eye. Unlike the kestrel, which hovers with its body parallel to the ground, the kite stands almost upright in the air with its hovering wings held high above it.

Kestrels, like other falcons, don’t build their own nests but instead lay their eggs in a hollow or on a ledge, or in the abandoned stick nests of hawks or ravens. The black-shouldered kites build their own nests, high in a tree – unusually among native birds, they regularly nest in exotic pines. Moreover, if the season is good, they will breed again in autumn. 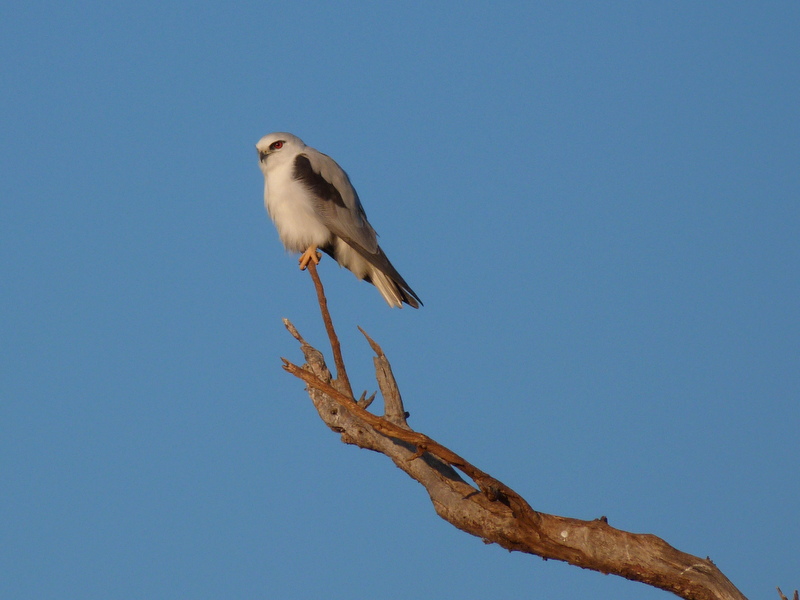 Plenty of other daytime predatory birds – including ravens, butcherbirds, currawongs, magpies, kookaburras, herons and ibis – will feast on mice while they’re plentiful, but another mouse specialist has come to town recently, too.

However, this one only operates at night.

It’s a bit of a mystery why barn owls aren’t usually found in the ACT, as they are in surrounding areas. When mice are on the move, though, barn owls turn up.

They are a fairly big owl, pure white below and unnervingly silent in flight. I’m sure that this, plus their harsh screech and habit of living in old church towers in Europe, gave rise to some ghost stories.

They have remarkable light-gathering eyes, but even they don’t work in the complete absence of light. However, an owl can detect and swoop on a mouse in a totally darkened room by hearing alone.

No-one wants a mouse in the house, but outside they’re a valuable part of the food chain. 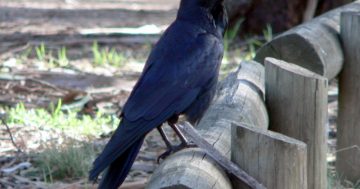